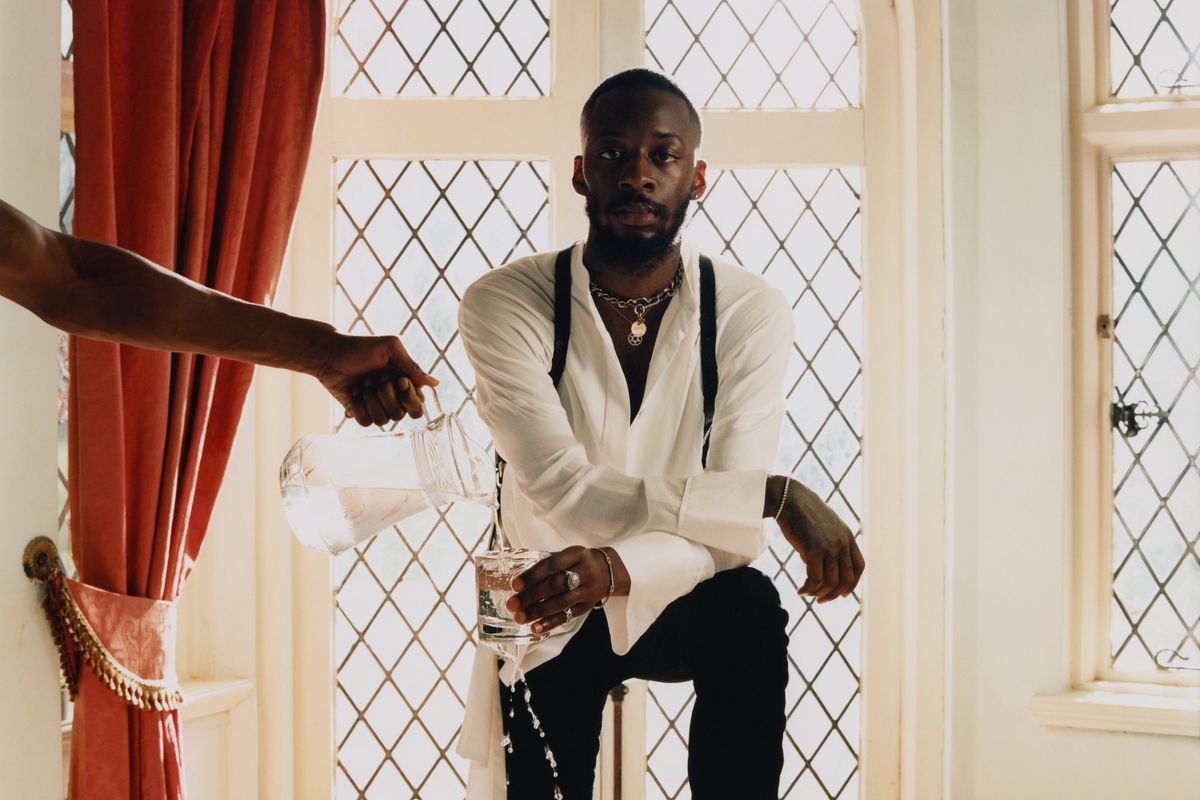 GoldLink has always aspired to make people dance. The Washington D.C. rapper (born D'Anthony Carlos) made his first successful attempt at doing so with The God Complex in 2014, a 26-minute mixtape that introduced the world to a fast rapping 20-year-old with a knack for rhyming over uptempo jazz and house blends. The follow up 2015 mixtape, And After That, We Didn't Talk, was a more carefully curated balance between dance and atmospheric tracks, many of which were produced by legendary producer and DefJam Co-Founder, Rick Rubin. On At What Coast, his 2017 debut album, GoldLink delivered a deliberate ode to the sounds of D.C.'s legendary Go-Go music that in the 1970s provided the soundtrack for the city's biggest dance clubs. This month, GoldLink provided yet another series of danceable hip-hop tunes via Diaspora, his second studio album, which prominently features dance sounds pioneered by Black artists from around the world.

If you ask GoldLink, the transition between At What Coast and Diaspora was a seamless one. Before he even finished the debut album, he had already decided to look outside of the U.S. for inspiration for his next project. "I knew at the time that Go-Go music was connected to the African diaspora," said GoldLink during a phone interview with PAPER. "I just never really looked at it through that lens. I decided that the next step would have to explore where Go-Go really came from." GoldLink's popularity among a young, moderately underground global audience brought him on a tour around Europe, which provided him the opportunity to explore the music produced by Black people living in Amsterdam, Norway, Sweden, London, and Paris.

"I feel like that's why this album came out great, because I thought about everybody else but myself."

GoldLink eventually settled in London for 6 months, where he recorded a significant portion of Diaspora. While there, he became infatuated by the innovation of first generation British artists, who combined fast-paced drum melodies from their parents' African homelands with contemporary U.K. flows to produce a thriving genre of their own. Popular British-Nigerian musician Maleek Berry was one such artist that caught GoldLink's attention. The two collaborated for the album's lead single, "Zulu Screams," which pull from the contemporary Afrobeats genre that over the past few years has extended its reach from local Nigerian clubs to radio stations in countries around the world. GoldLink also tapped Afrobeats superstar Wizkid for "No Lie," a braggadocious track that highlights the smooth shit talking rap skills that initially captured GoldLink's fans attention in 2014.

In addition to Afrobeats, other hints of music from Africa and the diaspora permeate throughout the album. Caribbean dancehall can be heard on tracks like "Yard" featuring U.K. R&B and hip-hop collective WSTRN, and elements of South African Afro House illuminate on "More" featuring Ghanaian singer Lola Rae. Despite the far flung influences, GoldLink made it clear that he did not set out to make an ode to Africa's music scene, but rather to create an album that reflects the sounds and lives of Black people who, like himself, have yet to visit the continent. "In my head, the album is still American," said GoldLink. "It's Black, it's not African. It wasn't like an ode to Africa, it was just Black. I wanted to still make a great American rap album so the last place I wanted to go was Africa."

During this process of exploring new Black musical artforms, GoldLink relied on executive producers P2J, who has produced for Afrobeats star Burna Boy, and emerging U.K.-born producer, Ari PenSmith. Both producers had produced songs for African artists in the past and had been waiting for the opportunity to fuse these foreign sonic elements with an American artist. "My biggest job was not to limit anybody by telling them what I wanted," said GoldLink. "I never told anybody, let's go make an Afro album. I would never do that, I don't even think that's what it is. It was moreso like, we're Black, let's think Black when we make this."

In the process of thinking Black, he also thought hip-hop. For Diaspora, GoldLink noticeably dedicated more time to rapping than he did on his previous album, and even included verses from rappers Tyler The Creator and Pusha T on "U Say" and "Cokewhite," two of the album's stand-out tracks.

"I want the Black people who listen to this album in particular to feel proud to be Black."

At the same time that GoldLink was embracing new musical experiences while recording Diaspora, he was also tasked with embracing the new experiences that come with becoming a first time father. Although he doesn't believe fatherhood has changed where he wants to go sonically, he's recognized that it has changed his outlook on life. "Having a baby gave me perspective that I've never had before," said GoldLink. "It made me become more comfortable being in a role of being in a thankless job, which is being a parent. That's how I started embracing my art — [seeing it as] more thankless. I started thinking about more than myself. I feel like that's why this album came out great, because I thought about everybody else but myself."

GoldLink managed to successfully record an album that not only brought others the joy of dance, but conjured a sense of Pan-Africanism and its overarching theme of Black pride. "I want the Black people who listen to this album in particular to feel proud to be Black," said GoldLink. "I want other people to celebrate being alive. It's not that this is a strictly for niggas only album, it's really just like, who else am I supposed to be? I'm just a Black dude, so I made something that was true to myself but it wasn't with exclusion in mind." A quick listen of Diaspora quickly rules out any evidence of exclusion. In fact, this album is all about inclusion, and what beauty can develop when multiple sound elements from the African diaspora are mashed together on one album.