Goldie Luxe is a singer-songwriter originally from North Carolina, but based in Brooklyn, New York, who got her start in church choir before entering the classical music world. As she trained in opera singing, however, Luxe felt out of place with the ways she was expected to perform traditional gender roles, as someone coming to terms with her transgender identity.

After a five-year hiatus from music pursuits while studying fashion in Milan, then moving to New York with a more academic focus, Luxe found herself wanting to sing again, this time on her own terms. Luxe began writing and producing her own songs, each composition reflecting her life experiences as a trans woman, and sonically fusing her disparate interests, from '90s house, electronic music, and jazz to glamorous runway couture shows.

This is all important when examining the context of Luxe's new music: "Tribute (To My Girls)" was her debut single, released earlier this year as an homage to her growing queer and trans sisterhood, and "Become a Legend, Child" is like a diaristic note-to-self to be the star she was always meant to be. 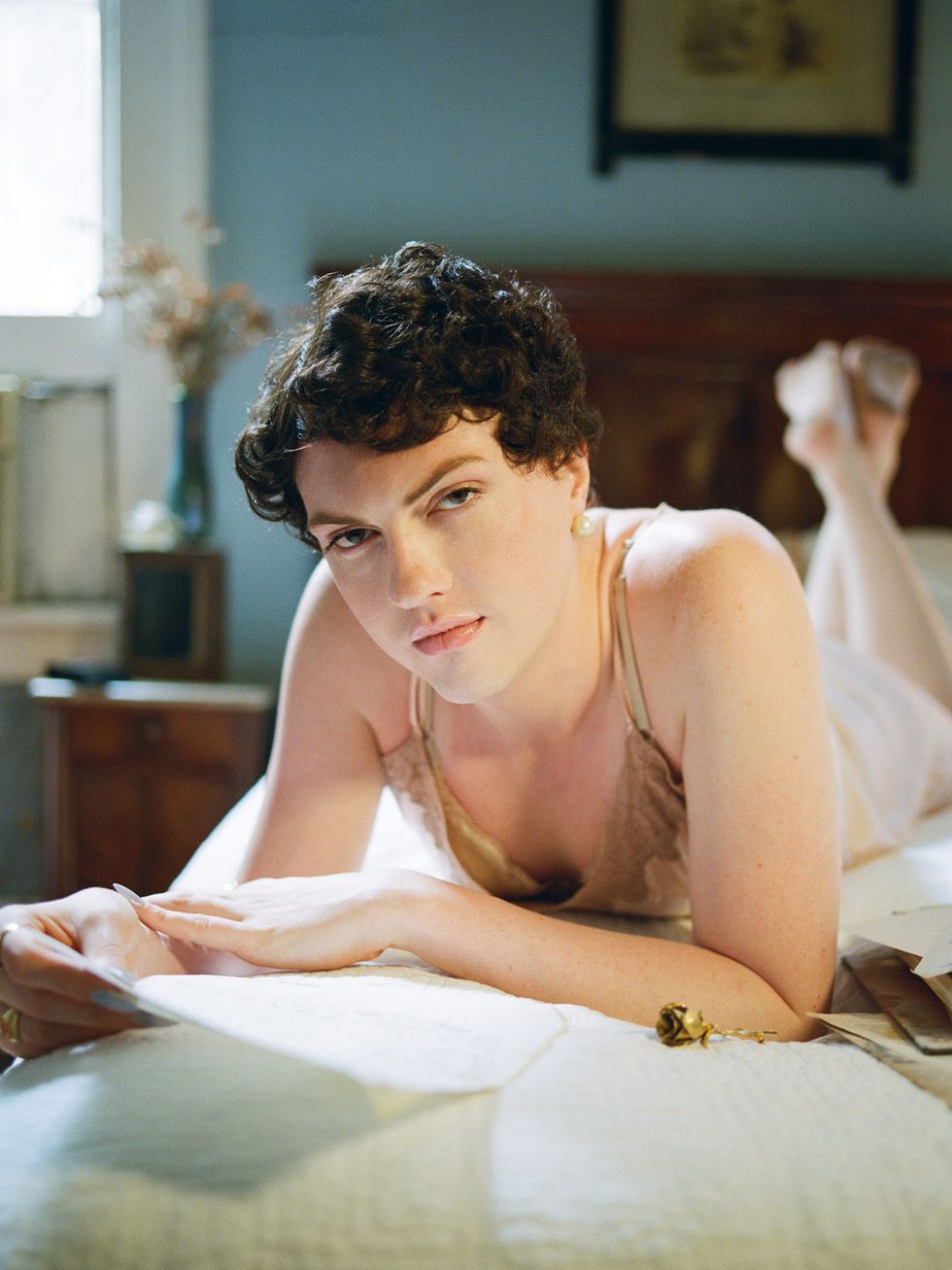 And continuing Luxe's musical quest comes her Perfume EP, featuring two singles "Perfume & Cigarettes / The Language of Flowers," where she evokes the spirit of effortless Parisian savoir-faire, and "Poison," a catchy, disco-tinged tune that'll make you want to find your shiniest jumpsuit and biggest pair of hoops. Luxe's introductory full-length album since rediscovering her love of music is titled The Debutante, slated for release early next year, and offers further celebration of her womanhood.

Hear Goldie Luxe's new music, below, and see exclusive photos of the rising musician in a lush garden — a woman in full bloom, inviting all who need her message to her party — above. —Michael Love Michael