Google "greatest live band" (even do it without quotes) and you won't get a definitive answer. But Google "Bordello" and "greatest live band" and you'll see why you should be a little jealous of me, at least if you weren't at last Friday's concert at McCarren Park Pool. It was not only one of the summer's best, but one of the decade's best. Maybe last decade's best too.

Forgive me if Gogol Bordello inspires bouts of hyperbole. But the simple fact is that no other band can rival the ragtag outfit's hybridism, energy, ebullience, and gypsy punk-ness. That's their genre, the one they invented for no other purpose than pure partying, and it works.

âIf we are here not to do
What you and I wanna do
And go forever crazy with it
Why the hell are we even here?â

Those are the first lyrics of the first song on their last album, sung without accompaniment by the inimitable, indefatigable Ukrainian-Brooklynite hippie Eugene Hutz, in a voice that one critic accurately described as a cross between Borat and Triumph the Insult Comic Dog. But there is nothing demeaning or stupid in his lyrics or music. Even in its most nonsensical, this is erudite party music that makes you want to grab the nearest fire bucket and bang away, deep-seeded fantasies of rocking out in the shtetl with young great-grandma Pasternack playing in your head.

It doesn't matter what Gypsy-poseur Madonna says. Forget about the time Robert Christgau called Gogol Bordello "the world's most visionary band." Nevermind that Jonathan Safran Foer movie. When they played "Start Wearing Purple" last Friday (why, popular music gods and Tickemaster, couldn't this be the "Let's Get Retarded" of 2007?) the entire crowd of Russian punks, wannabe Russian hipsters, wannabe hipsters, drunk people and toddlers were partners in a massive, multicultural troika that didn't want to stop.

"All your sanity and wits, they will all vanish,
I promise, it's just a matter of time!
I know it all from Diogenis to Foucault
from Lozgechkin to Paspartu..."

The Slavic-Gypsy connection is essential to the music. My days in Siberia -- the long cold vodka-soaked nights, the grizzly bears near our tent, the gorgeous days and people and love of the party, coupled with a long-held healthy cynicism bolstered by years under the Party -- impressed upon me a sense of that distinctly Slavic devil-may-care, nihilistic attitude. It's the feeling that fuels so much great, tragicomic, black literature (na zdrovie, Gogol) and so much crazy partying. Add in a bit of Gypsy-ness, a bit of Ukranian, and you have that underdog spirit that just won't give up, even after two and a half hours of intense stomping around stage with a crew of Russian, Chinese, Ecuadorian and Floridian provenance.

"Yo," Eugene shouted out well after the concert would have stopped, had this been another band. "There's an after party at [name of bar I can't remember]." Of course there was. And then he proceeded to keep banging away on his guitar, while a 40-piece salsa drum troupe joined the melle on stage. Sleep scientists really need to study this guy.

I am no Eugene Hutz. The two hours of sleep I got the night before -- could it have been in anticipation for the show? -- were not enough to keep me going. ActuaIly, I have rarely felt more tired in my young life. And tired is the new codine. Because sleep is really good for you, and once you've got some, you're ready for the next party. We know what the wake up music is. 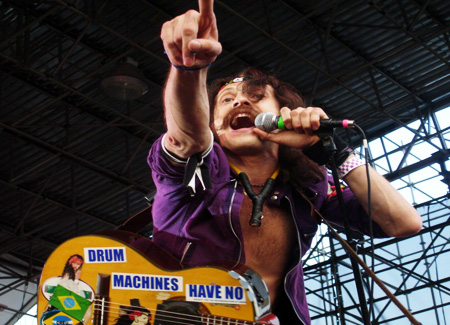 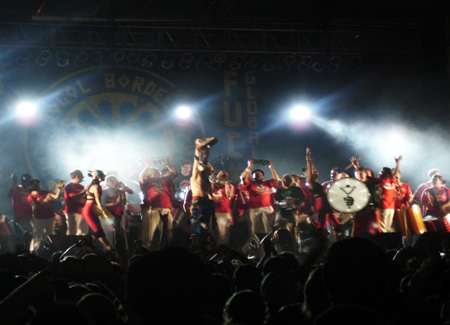 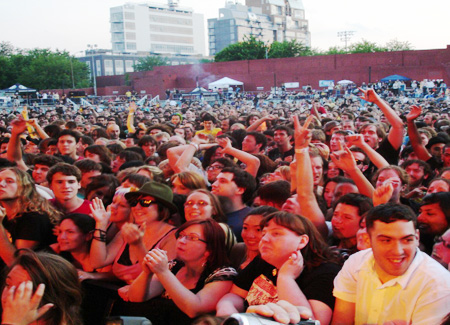 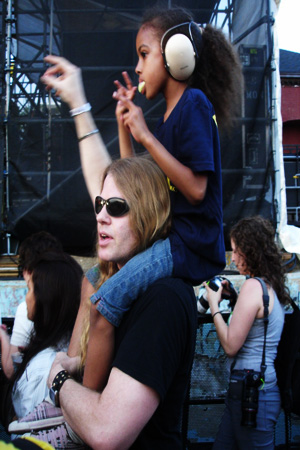 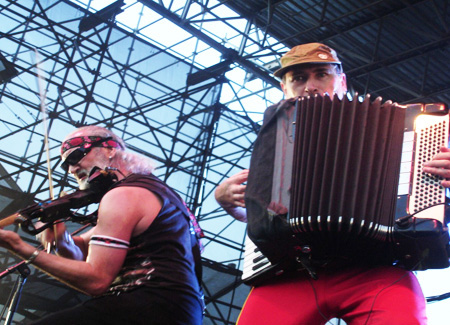 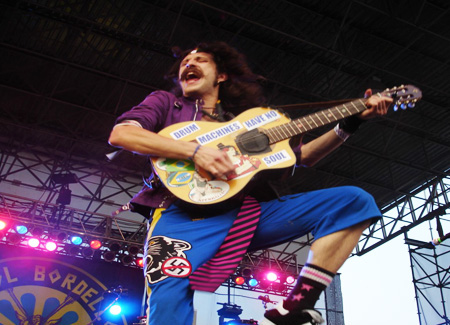 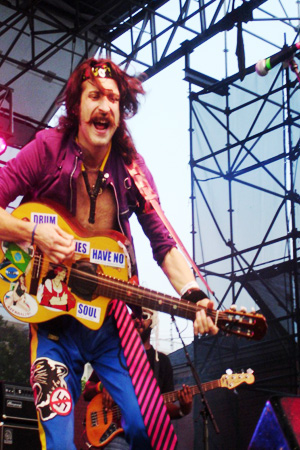 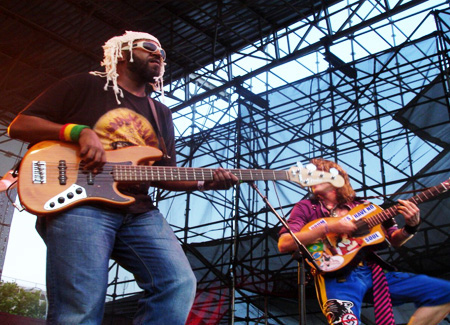 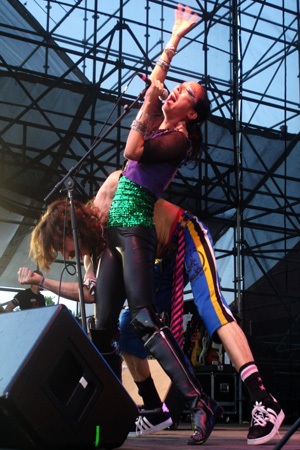 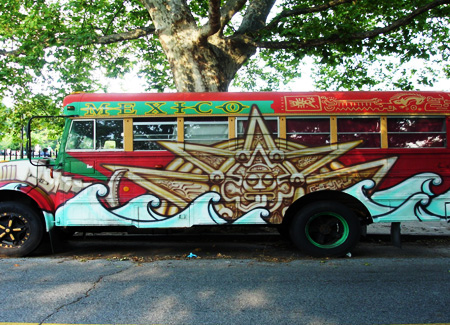