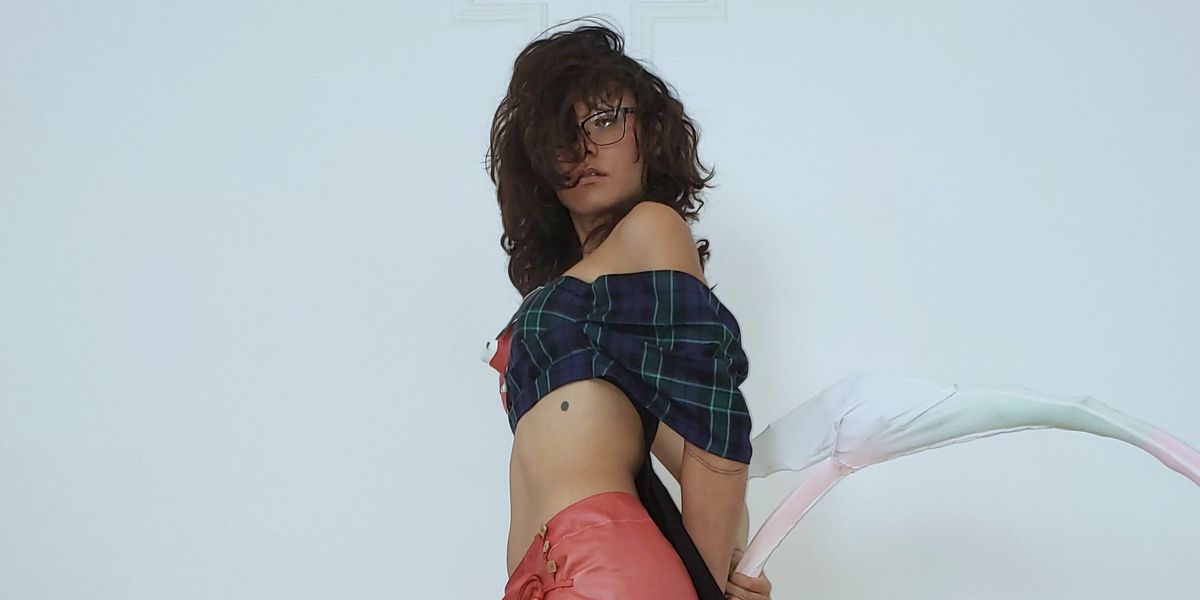 When the world went into isolation, Gogo Graham needed an escape and found that in Soulcalibur, "a weapon-based fighting video game franchise" she first played as a teenager. "Like so many, I had been playing a lot of these games during the initial NYC lockdown safety directives specified for non-essential workers," the New York-based designer says. And like so many, Graham also decided to join OnlyFans as a source of income. "But what would I wear in my content?" she asked herself.

Related | You Should Support Independent Designers This NYFW

There's natural crossover between sex work and video games, namely with regards to role-play, and Graham leaned into this to create her 18-piece Spring 2021 collection inspired by Soulcalibur characters, from Ivy Valentine to Iron Thrush. Graham says she knew she needed to incorporate her own designs into her OnlyFans channel and "ended up loving the idea of making clothes for people who are interested or engaging in sex work." The result is a "glimpse into the future" of what Graham's independent brand could look like as we enter stages of reopening.

In Graham's collection notes, she specifically narrates Valentine, who "grips the hilt of her snake sword and slaps the retracted blade into the palm of her hand, advancing forward to her next opponent." The game's mythical, 17th century fury informed the designs of Spring 2021, from school girl pleats to patched leather thongs and bulky straps with spandex body stockings. Exposed skin nearly doubles as its own incorporated material, with an emphasis on cutouts, bodysuits and sheer fabric. Graham even designed a range of matching accessories that resemble Soulcalibur-style weaponry.

Below, check out details from Gogo Graham's Spring 2021 collection, "Curse the Ill Fortune That Led You to Me."