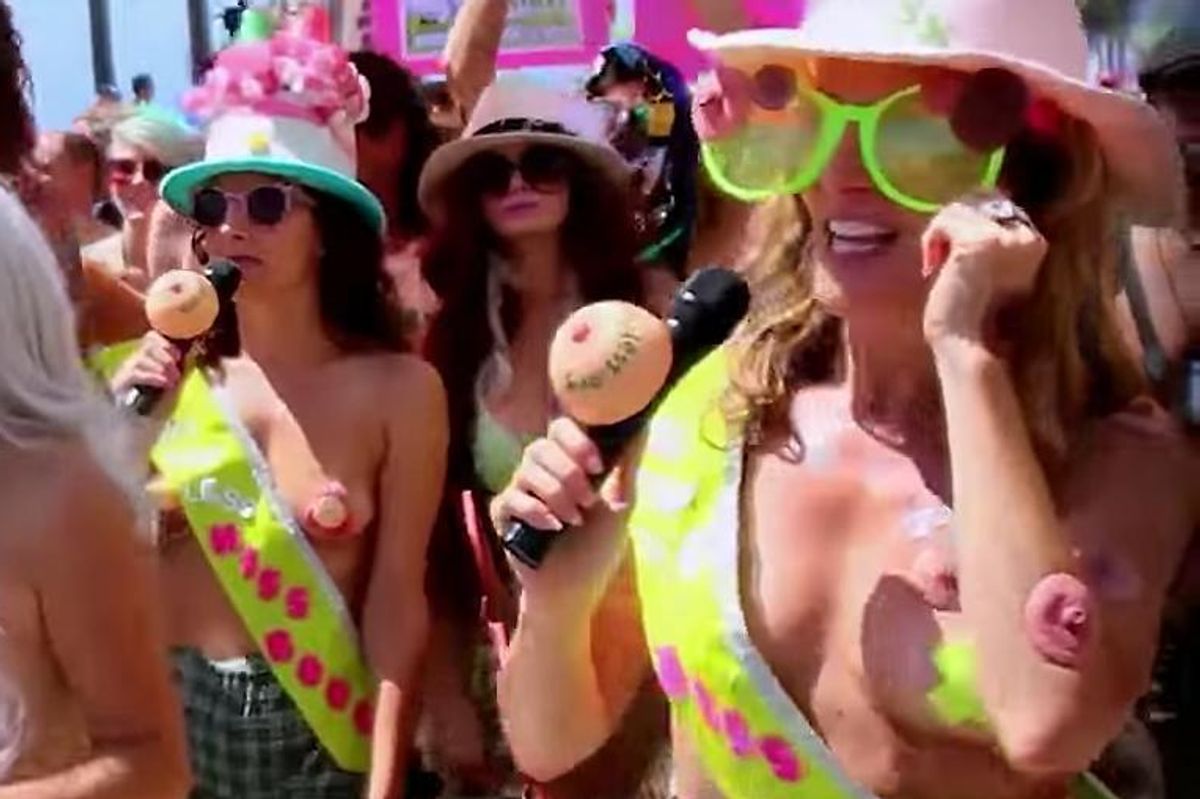 Oh, what's this trending Facebook topic? Go Topless Day. Tomorrow, women across the globe will unite in a bare-breasted march alongside their bikini-clad male allies to protest against the unequal laws that prohibit women from going topless in public. Finally, an 'International Day' that won't make our Instagram feeds an insufferable nightmare! Sure! Equality! Free the nipple! Sounds great. Let's consult the handy map on the official Go Topless Day website and figure out where our areolas can be most effectively deployed to smash the patriarchy...

Got it. Perfect. It even tells you the places where public toplessness can get women arrested and fined. Great! I feel properly informed. Oh, there's an 'About' section! I'd love to learn about the radical Sarah Lawrence professor or Third Wave Amber Rose type that started this thing...

"We are a U.S.-based organization founded in 2007 by spiritual leader Rael and we claim that women have the same constitutional right that men have to go bare-chested in public."

Oh. Rael. Ok... Maybe she's just like a Yogi or something?

"As long as men are allowed to be topless in public, women should have the same constitutional right. Or else, men should have to wear something to hide their chests" Rael, founder of GoTopless.org and spiritual leader of the Raelian Movement (rael.org)

FREE YOUR BREASTS! FREE YOUR MIND!"

The Raelian movement. Huh. Hmm. Let's just mosey on over to the Rael websi–

"At the age of 27, Claude Vorilhon (now known as "Rael") was living his passion as a race-car driver and journalist. That was to change on December 13, 1973, when, on his way to work, he had the UFO encounter that transformed his life forever. From that day forward, he has toured the world recounting his astonishing experience in media interviews and conferences."

I... I have some major follow-up questions...

*The sound of keys rattling. The front door opens and closes. The house is empty*

*The computer powers back on in the darkened room*

*A video begins to play, the sound getting louder and louder, echoing through the empty house*