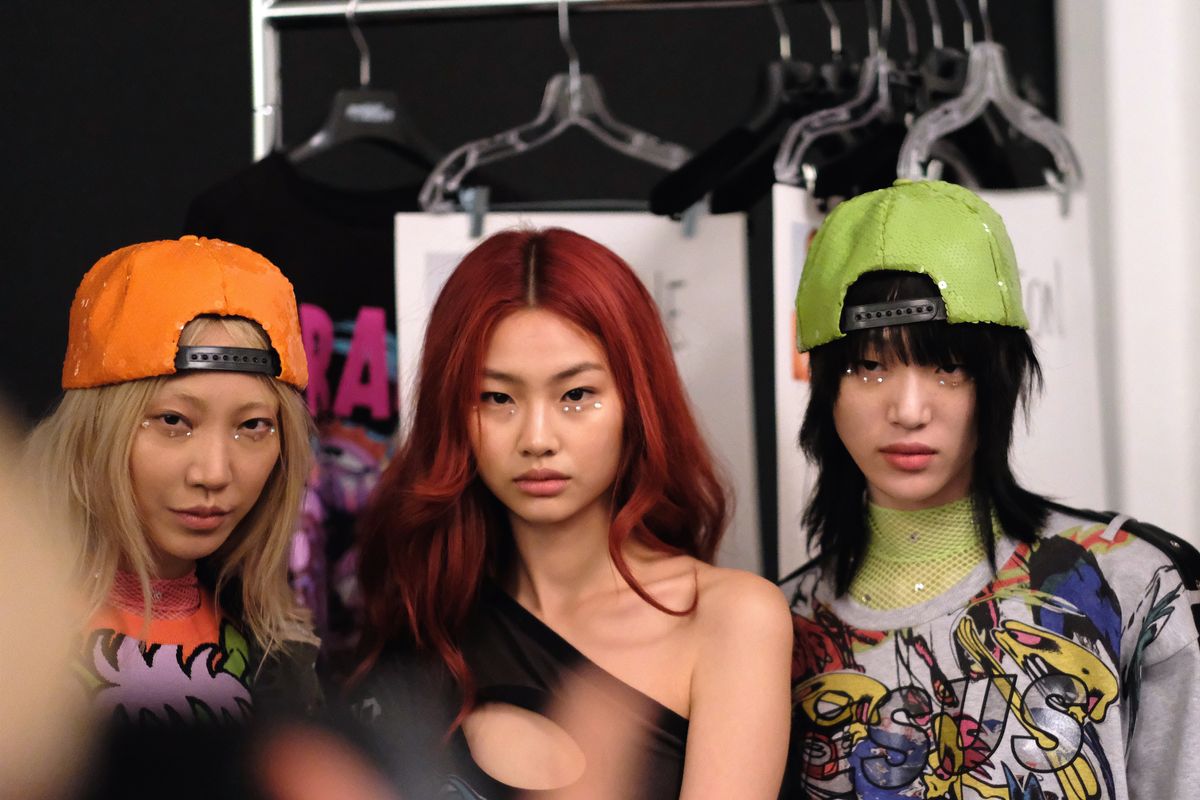 The juiciest part of Fashion Week around the world (aside from party tales, of course) are the backstage photos, especially when it comes to Jeremy Scott's reliably crazy and fantastical runway shows. Scott held his 20th anniversary show this season, giving an ever-colorful event filled with nostalgia and risk, already a solid base for a chaotic occasion. And the mayhem was turned up even more backstage as models like Gigi Hadid, Slick Woods, Sofia Richie, and Karlie Kloss got decked out in their eye gems and bold outfits, making for some of the most fabulous chaos you could imagine. The show was followed by an epic party at PUBLIC Hotel where guests enjoyed colorful cocktails created by VDKA 6100. Pretend you were there and flick through these backstage photos.