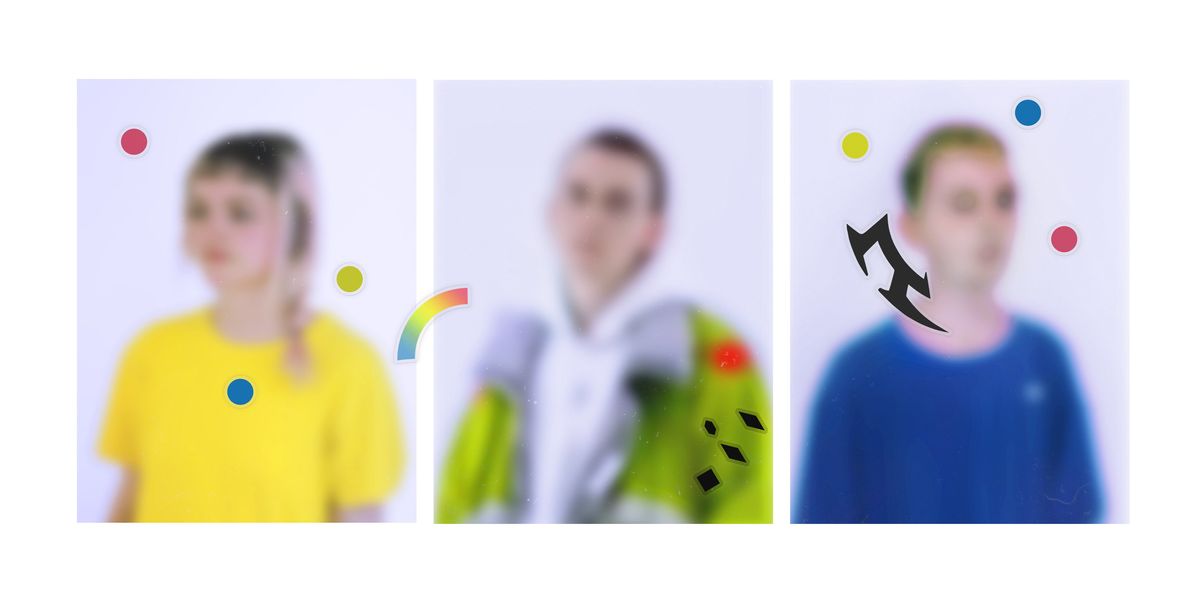 Individually, English producers Iglooghost, Kai Whiston, and BABii all make music that defies definition. There's the Brainfeeder-signed Iglooghost with his blisteringly fast, sugar-coated compositions that sound vaguely like UK grime made by aliens from another dimension, Kai Whiston's aggresive and irreverent brand of post-dubstep-meets-apocalyptic-trap, and Margate's very own BABii with her ethereal take on pop that sounds like it was summoned directly from a fairy circle. Put them all together and you have a sonic force the likes of which music has never heard before.

All longtime friends in real life and frequent informal collaborators, the trio has finally come together under the collective moniker, Gloo, with their first official release "Lockii." Mixing together BABii's crystalline synths, Kai Whiston's paper shredder bass, and Iglooghost's cartoonish vocal squiggles into one turbo-charged track is controlled chaos that could only have come from three of the most exciting voices in electronic music's DIY scene.

But perhaps the most exciting part of the new supergroup is that "Lockii" may only be the tip of the iceberg. With the promise of more music, merch, and other goodies out on the horizon, Gloo's creative potential seems to be limitless.