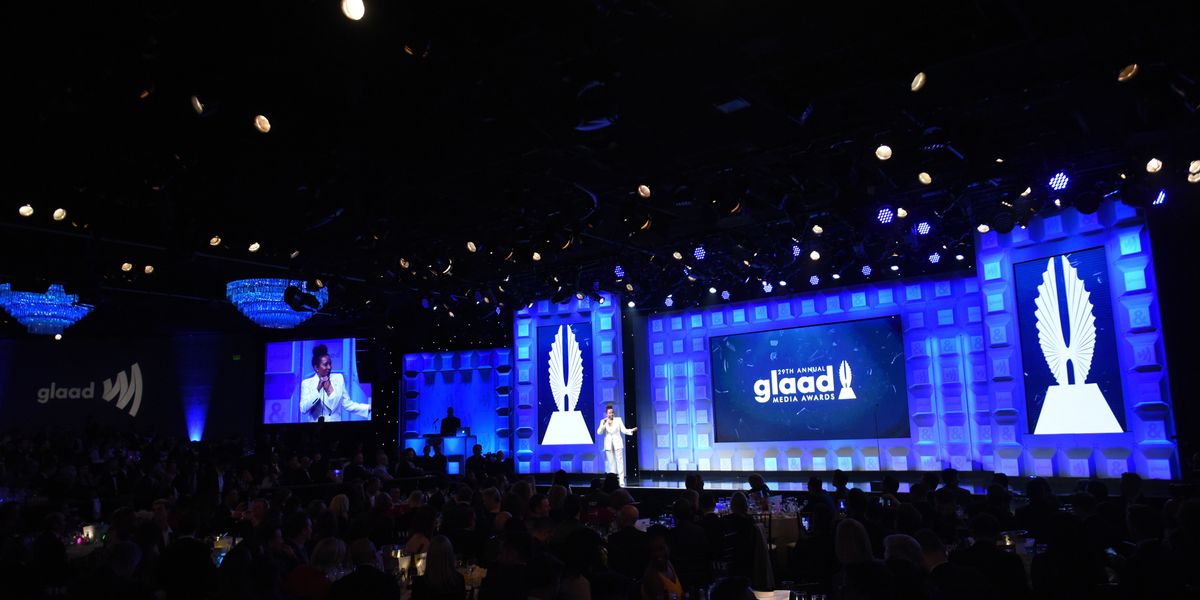 It has been a great year for queer voices. From Pose to Queer Eye to Troye Sivan and SOPHIE, #20gayteen lived up to its promise and then some, putting queer stories at the center of the conversation. Now in its 30th year, the GLAAD Media Awards have returned to honor that excellence by highlighting media that presents "fair, accurate, and inclusive representations of LGBTQ people and issues."

Announcing the nominees from a livestream at Sundance Film Festival, the awards cover a wide variety of media from film and television to music and journalism as well as a brand new category for LGBTQ inclusive video games. The nominations include everything from mainstream sensations like RuPaul's Drag Race and The Assassination of Gianni Versace: American Crime Story to more underground hits like comic book series Lumberjanes and INTO's Spanish-language documentary series centering on Mexico City's vogue scene, House of Mamis. The awards will also give special recognition to Hannah Gadsby's critically acclaimed Netflix special, Nanette, and Logo's documentary on the lives of trans service members, TransMilitary.

Related | Britney Spears to be Honored at the GLAAD Media Awards

Earlier this week GLAAD removed Bohemian Rhapsody's nomination from the Outstanding Film category following a report from The Atlantic that detailed multiple allegations of sexual assault by the film's former director Bryan Singer. "Singer's response to The Atlantic story wrongfully used 'homophobia' to deflect from sexual assault allegations and GLAAD urges the media and the industry at large to not gloss over the fact that survivors of sexual assault should be put first," the organization said in a statement released on Variety.

Check out the full list of nominees for the 2019 GLAAD Media Awards below:

1985
Boy Erased
Can You Ever Forgive Me?
Disobedience
The Favourite
Hearts Beat Loud
A Kid Like Jake
The Miseducation of Cameron Post
Saturday Church
We the Animals

"King in the North" Fresh Off the Boat
"Prom" Fuller House
"Service" Law & Order: Special Victims Unit
"She" The Good Doctor
"Someplace Other Than Here" The Guest Book

"21 Transgender Stars, Creators Sound Off on Hollywood: 'I Want to Portray These Characters, and I'm Ready'" by Chris Gardner, Rebecca Sun, Lindsay Weinberg, Joelle Goldstein, Bryan White, The Hollywood Reporter
"Can a Transgender Woman Get Justice in Texas?" by Nate Blakeslee, Texas Monthly
"Ex-Scientologist Michelle LeClair Says Church Officials Humiliated Her After She Came Out as Gay" by Johnny Dodd, Tierney McAfee, People
"Lena Waithe is Changing the Game" by Jacqueline Woodson, Vanity Fair
"They Are the Champions" by Katie Barnes, ESPN The Magazine

"I Was Jailed for Raising the Pride Flag in Egypt" by Amro Helmy, BuzzFeed Video
"The Latinx Drag Queens Spearheading HIV Activism on the Border" by Paola Ramos, Vice
"March for Our Lives and LGBT activism: 'They're definitely linked for me,' says Emma González" by Beth Greenfield, Yahoo! Lifestyle
"Marielle and Monica: The LGBT Activists Resisting Bolsonaro's Brazil" by Fabio Erdos, Marina Costa, Charlie Phillips, Jacqueline Edenbrow, TheGuardian
"Trans Model Aaron Philip is Making a Space for Disabilities on the Runway," NowThis