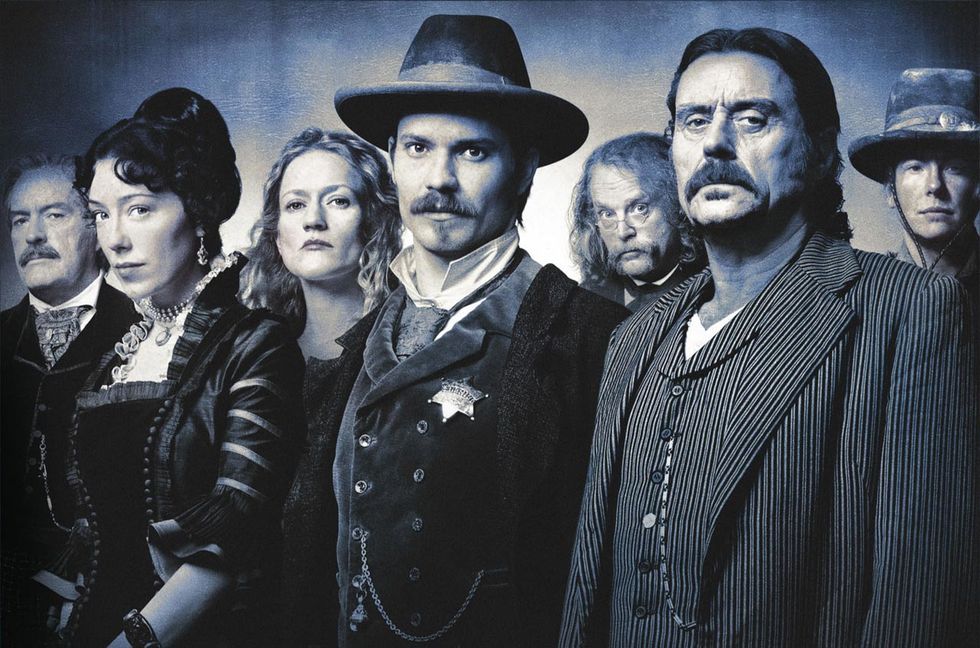 Father's Day is today, and you forgot to get your dad something. Oops. What could you get on such short notice? Probably not one of the billion "Best TV Dads" listicles floating around the internet every year around this weekend -- besides, you already know if your allegiance lies with Don Draper or Bob Belcher or some other character with an alliterative name. Instead, give your father something legitimately, completely thoughtful -- a recommendation for what show he should binge over the summer. (At least it will show you know something about his taste.) Here are some dad archetypes, along with associated binge recommendations for each:

Outdoorsy Dad
Does your parental unit always try to make you go fishing? Hiking? Camping? Does he never seem to have time to watch TV? Maybe try seeing if he'll sit down with you for Deadwood, a show that dramatizes the very establishment of civilization. All of the cursing won't hurt -- or maybe it will.


Cool Dad
"Hey, have you ever heard of BoJack Horseman?" you ask your cool dad, who was really into Wilco in the '90s. He is really into Game of Thrones because he can talk about it with nerds of all ages, but he did not know that Netflix had original programming besides House of Cards, which he sadly likes. "You know, the one where Will Arnett voices a horse sitcom star? It's really great." He squints. "Of course I have," he says while stuffing a hot dog into his mouth, "But have you seen it yet?" "I haven't," you softly reply. "Do you want to watch it with me next Sunday?" The look in his eyes is the only thanks you need, you perfect child.


Dad Dad
Be kind to your father and don't suggest something like The Big Bang Theory or NCIS or whatever. Your dadly dad wants kind of corny jokes in a police procedural as he enters the CBS demographic, and you're going to have to accept that that's who he is. But it doesn't mean you can't suggest legitimately thrilling and enjoyable shows that still fit all of his criteria. Here's a curveball: Empire. Your dad is probably not really "into hip-hop" and accordingly avoided the show. But he definitely liked Lee Daniels' The Butler, and once you sit down with him and explain that "But dad, it's like Shakespeare!" he will give it an episode or two, and then he will fall in love with Cookie forever and ever.

Manly Dad
Does your dad try to rule the household? Is he cold chilling on some outdated gender norms that you can't shake him out of because he's, like, from a different generation? Does he sometimes wistfully watch sitcoms from the '50s and think about how much better the world was then? (Sorry, we're sure your dad is a great guy.) Have you thought about tricking him into watching Transparent? If that would go poorly, I guess just steal your family's HBO Go account and introduce him to Game of Thrones? See how he reacts to Cersei.


Jay-Z
Oh, hey there Blue Ivy. We think your dad might really like Adventure Time. (But don't tell mom.)