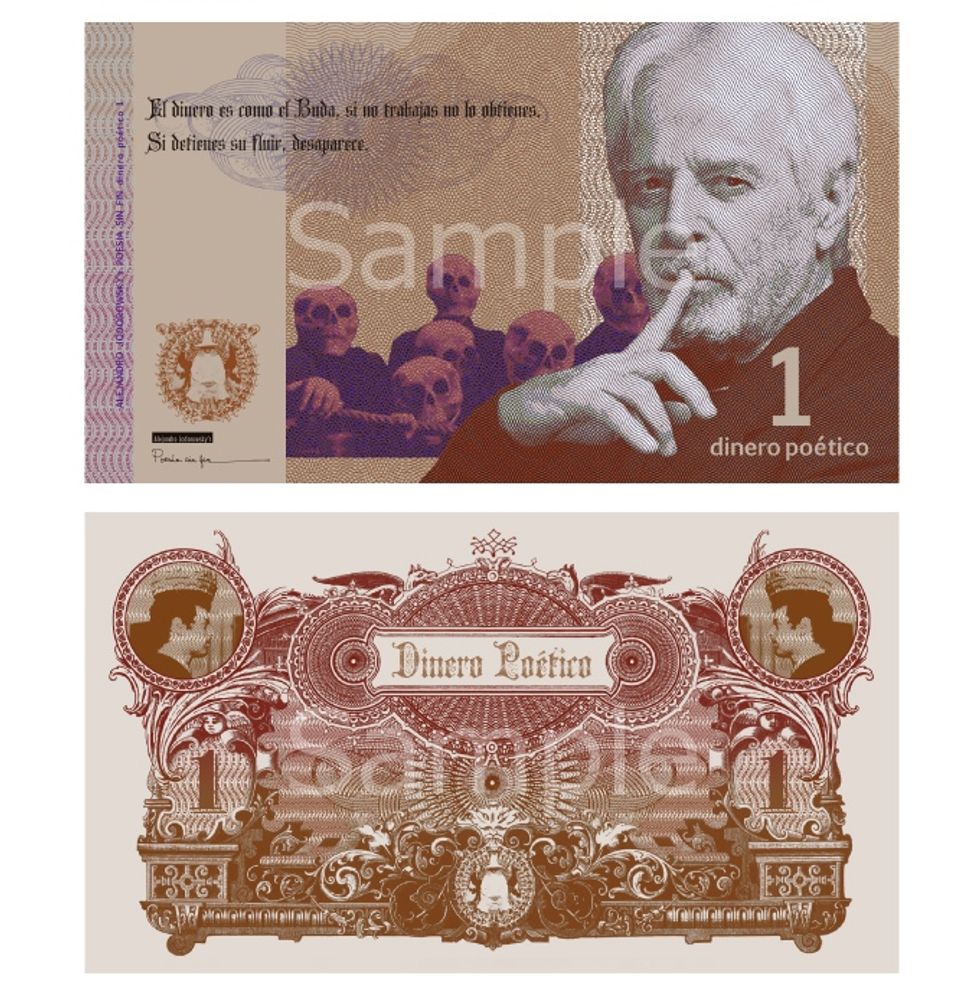 
Alejandro Jodorowsky, the man behind the psychedelic classic The Holy Mountain is back again, this time seeking funds for a new movie on kickstarter. "I make a film when I have something I need to express," the 86-year-old filmmaker explains on the site about the impetus for the movie. "For me a picture is for remembering your self..." The film, PoesÃ­a Sin Fin (Endless Poetry), will be autobiographical and will tell the story of a young Jodorowsky coming of age, and his discovery of art and lyricism.

"Our world is suffering from a devastating absence of poetry," says the kickstarter page, which at times reads more like a manifesto than a crowdfunding venture. "The greed-riddled industry, having colonized this magnificent art form [film], has done everything to strip it of its poetic power." With this newest project, Jodorowsky is fighting back and his primary method of rebellion is through so-called "poetic money".

The "dinero poÃ©tico," minted right at the artist's studio, has a conversion rate of 1US$=1DP. Every kickstarter backer, regardless of the size of his or her donation, will receive a matched amount of poetic money as a reward (amongst other items like posters, autographs, etc.). Whether this is a worthwhile trade is up to you, but the page has already found an audience, having raised 200 of the 350 thousand dollar goal, with 29 days left. If you are hesitant to donate, just remember that your donation will also help dismantle the cinematic colonial powers that be.