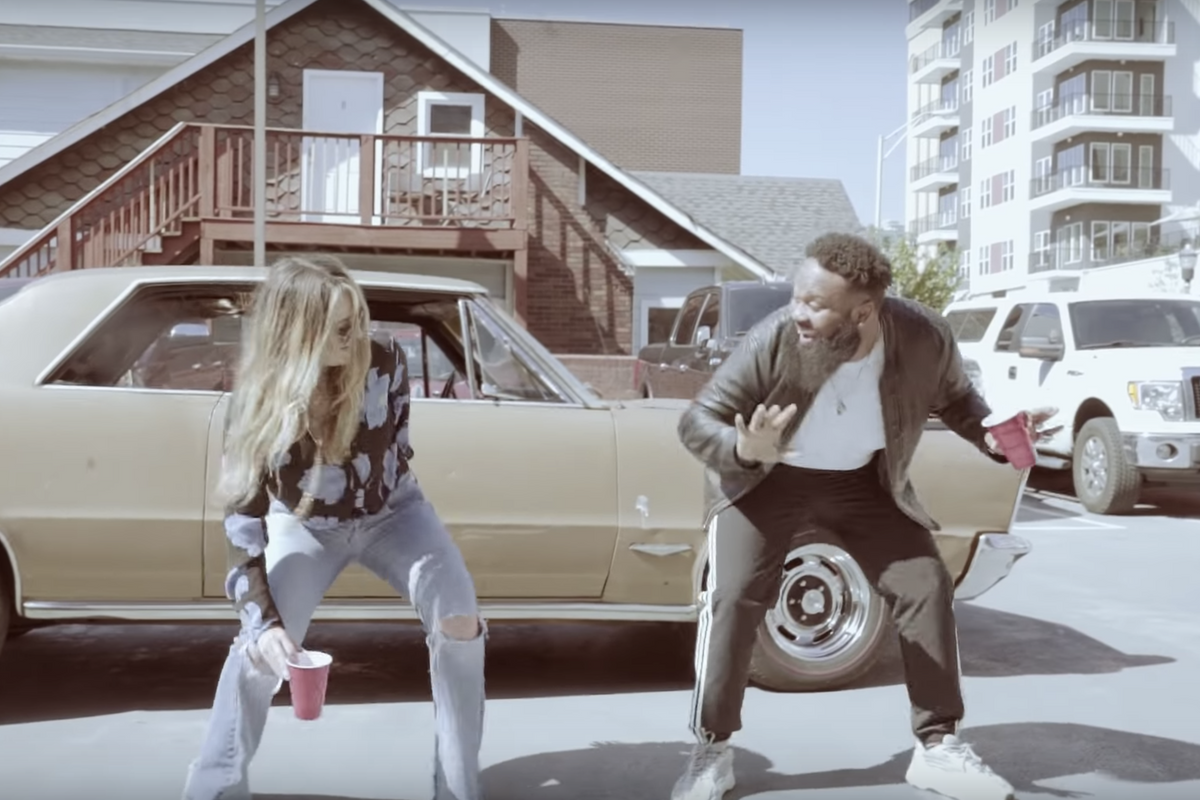 Do 'The Git Up:' The Dance Breaking TikTok

Listen, I have a confession to make: I can't stop watching TikToks. Shamefully, I have been spending around an hour a day, sitting on my couch, eating Oreos, and scrolling endlessly through my "For You" page. Most of my feed is filled with lip sync videos made unironically by unsuspecting users only to be made popular by meme pages capitalizing on the elusive "cringe" factor. I get lost in loops of these types of videos, finding new audio clip after new audio clip, most of which don't get used in videos more than a few times. There is one audio clip, however, that is absolutely taking over my feed: Blanco Brown's "The Git Up."

The song, a country banger with just the right amount of attitude and twangy pluck, is getting so much love on TikTok right now that it's practically the only audio clip I come across on my feed. Blanco Brown's only other release on Apple Music is a self-titled EP, which lovers of his new smash hit will for sure want to check out after wearing out their new TikTok yeehaw anthem.

Everyone is trying to put their own spin on the song, but many are sticking to a core dance routine with an unclear origin story. The dance, which begins with a stiff armed shuffle, continues into the song's namesake: a "two-step" and a "cowboy boogie." It seems that the trend started to skyrocket when a user, @HarveyBass, posted a video doing it in what appears to be a school cafeteria.

"I got suspended for this," the caption on Harvey Bass' video reads. There's only one other video that's been posted to his account since the suspension, and it's another dancing video. The Instagram linked to his TikTok says that he's 16 years old and from the UK, and lots of his videos involve dances, but none have come close to reaching the viral level of success that his "The Git Up" dance has reached.

The dance is so popular, in fact, that as I was discussing this article with a few coworkers, Anne Cooperstone — an editorial producer here at PAPER — told me she's been practicing her moves for days, and promptly demonstrated just how good she's gotten at doing "The Git Up."