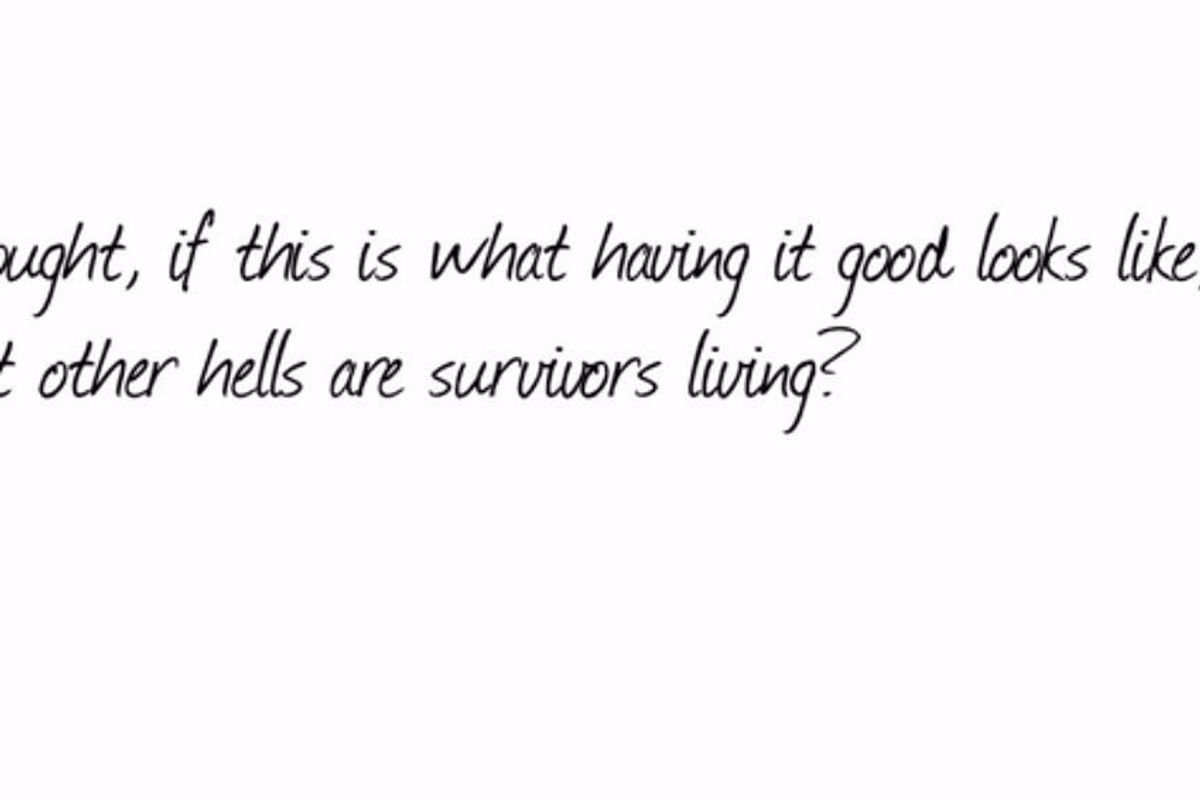 Listen To The Cast Of "Girls" Read The New Statement By The Stanford Rape Victim, "Emily Doe"

The Scene has tapped the cast of Girls, including Lena Dunham, Allison Williams, Zosia Mamet and Jemima Kirke, to read the powerful new words by Emily Doe--the unidentified victim of Brock Turner--who was raped by the former Stanford University student near a dumpster on campus in 2015.

The survivor's incredible open letter to Turner at his sentencing--describing the brutal assault and its horrific physical and emotional aftershocks for her and her family--was published by BuzzFeed in May, and became an international phenomenon.

A new statement of hers has been released, which addresses what life has been like since the world heard her story. It comes in tandem with her being named Glamour Magazine's Woman of the Year, and is illustrated by the four actresses to a moving degree.