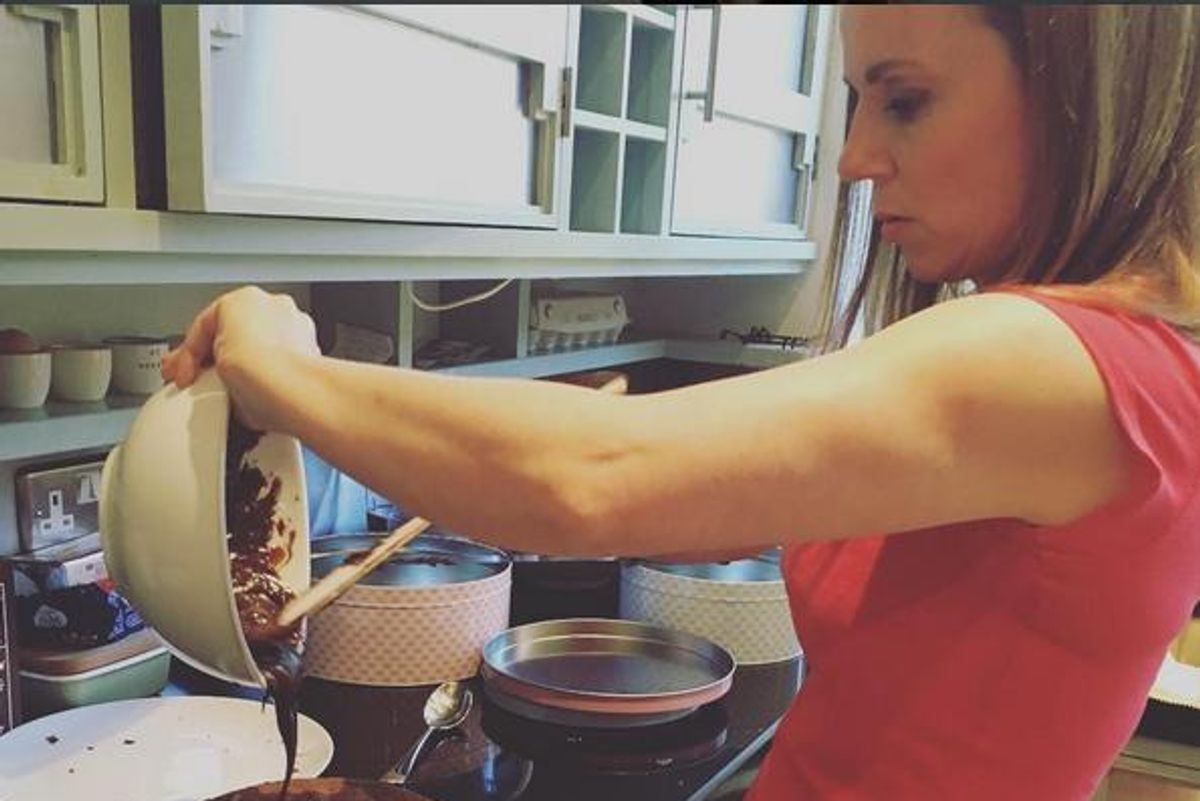 A Guide to Ginger Spice's Instagram: The Ultimate Baked-Goods Zen

If you had told me 20 years ago that Geri "Ginger Spice" Halliwell, easily the spiciest of all the Girls , would go on to become a cookie-baking domestic goddess of the '90s girl-power group, I would have said you were Crazy Spice. (After all, Ginger once pinched Prince Charles' ass during a photo op.) A Spice Girl devotee since childhood, I obviously follow Halliwell on Instagram, which is a wonderland of cozy baking videos. Lots and lots of baking videos. Recently married (Posh was not in attendance at the wedding), she's now going by Geri Horner and is mother to tween daughter Bluebell Madonna from a previous relationship. Halliwell has replaced the towering platforms for turtlenecks accessorized with what, in some photos, appears to be a Kabbalah bracelet. Not that this tamer chapter in Halliwell's life is terribly surprising -- she famously quit the group circa 1999, shortly before their American leg of their Spice World tour, to become a UN ambassador. Soon after, she began distancing herself from "Ginger." She even auctioned off her iconic Union Jack minidress, which she sold for £36,200, according to the dress' Wikipedia page.

As a kid, I could not wrap my head around Halliwell's desire to strike out from the group on her own, and have always felt vague sense of betrayal that she wanted to leave at the height of their fame and be her own person. The nerve! But Halliwell, the last of the Spices to get on Instagram, has created a 'gram haven that I look forward to checking every day. The only thing making me happier than Geri's Instagram right now is the potential Spice Girls reunion, even if it's sans Posh. (Something I can't think about). Join me, as we take a stroll through @therealgerihalliwellwhilee's feed. You can almost smell the sponge cake baking...


Closeup of the final touches on a lemon tart. Note Spice Girls sepia glamour shot in the background. Also, Geri is listening to her own music. Magical.


Here's Geri dancing while making foot-shaped cookies. While feet and baked goods are generally things that should be kept separate, we're giving this a pass because it's just so damn delightful.


Cooking to her own music again. "It's a beautiful life!" indeed!


"I dreamed a dream of the ultimate chocolate cake? (Except I forgot the baking powder )." Ger!


Why does "making pastry!" tickle me so much?


And the time-is-a flat-circle finale: A Ginger tune gorgeously soundtracking the moment when Ginger makes a Ginger cake.