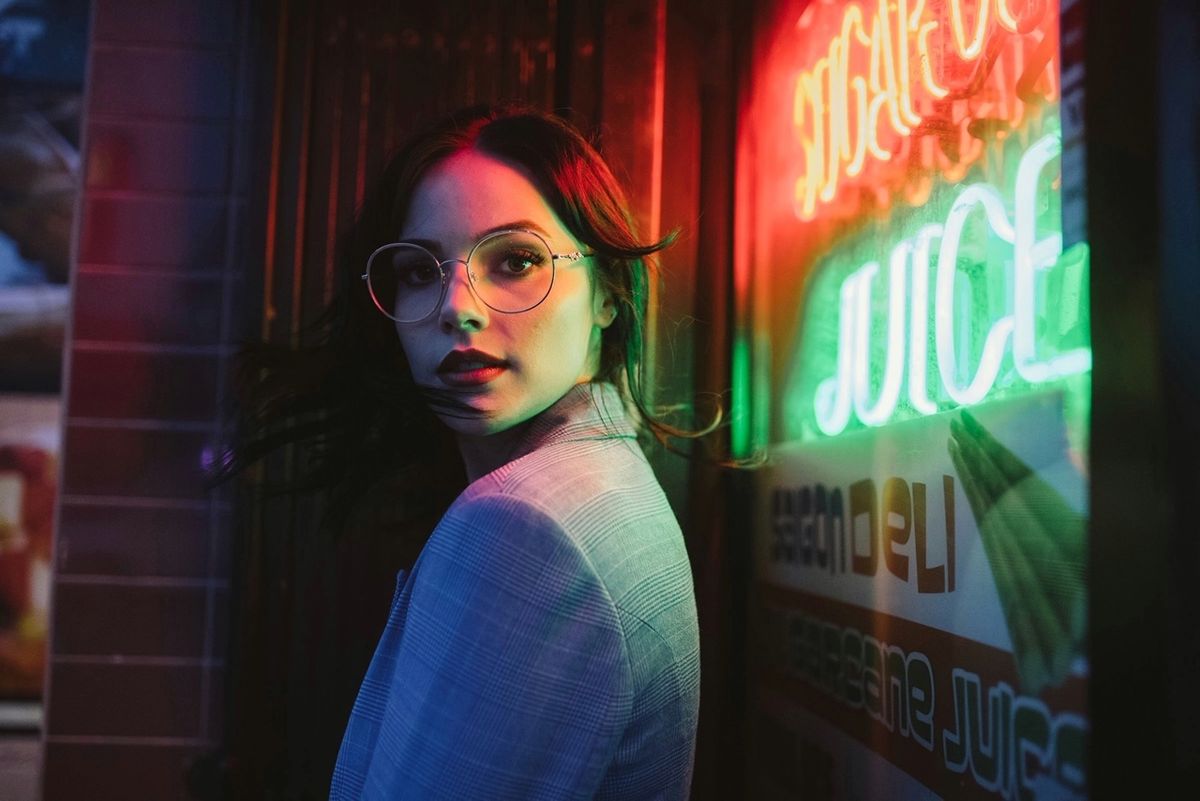 Ginesse’s Latest Is a Pastel Daydream

If Ginesse hasn't found her way to your Spotify playlists yet, you're doing it all wrong. And if you don't recognize her name, you might know her as Cait Fairbanks, Emmy-nominated Young and the Restless actress. The pop singer and acclaimed actress has blessed us with a music video for her latest bop, "The Inbetween."

The song matches the music video: upbeat and sweet yet sharp. Although it wasn't the original plan, Ginesse and co. decided to shoot the video in one long shot, and the impromptu choice proved a good one. If you find yourself moved by the movement, it's because the brilliant mind of Marguerite Derricks choreographed the piece. Derricks and Ginesse met on the set of Heathers: The Musical and joined forces again for "The Inbetween."

"She is such a strong woman and I look up to her so immensely and an artist and as a human being," Ginesse said of Derricks. "She's choreographed so many iconic scenes and shows, and I felt so honored she wanted to collaborate on this video."

The song itself is real and relatable; it's about the period between being friends with someone before it becomes something more. The concept and execution came quickly to Ginesse; it only took her a few hours to finish. "I'm a pretty cautious person overall so I don't like taking that risk," she said of crossing the line from friend to more-than-friends. "When someone means so much to your life, is it worth it to see if there's more? I'm not sure in every situation that it's the right move. I let go of my expectations for how the song should go and how my life was going at the moment and I started to feel very present and happier in general."

Watch the premiere of "The Inbetween" below: