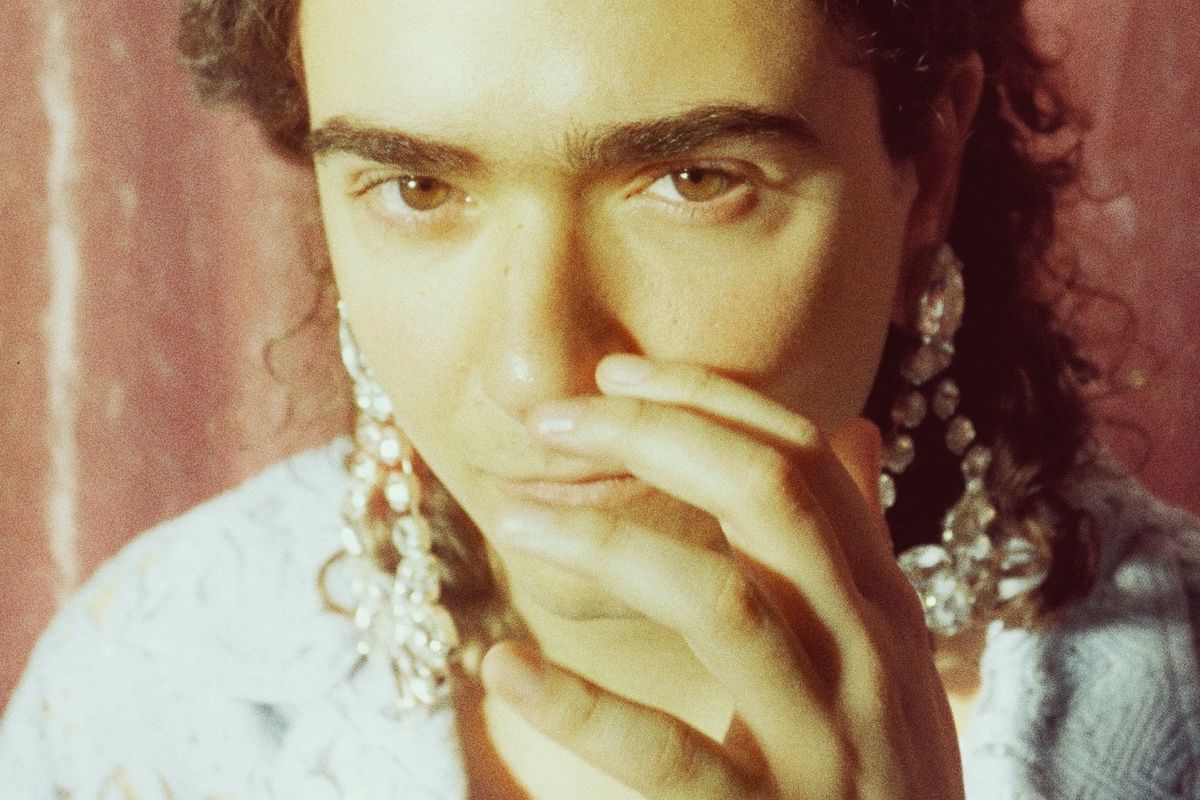 On his debut single, "the boys downtown they keep on eyefucking me," Danish pop singer GIMI explored being the object of lust for closeted men's desires. The song established the musician's razor-sharp perspective on queer experience, often deploying witty clapbacks against foolish men as self-protective armor. On "Boy Bye," premiering today on PAPER, GIMI takes a different kind of man to task: the omnipresent fuckboy.

The track, produced by glitch-pop savant ABSRDST during a fateful trip to New York, coasts by on a pad of airy synth stabs and finely programmed beats that loosely recalls mass-market teen pop of the early 2000s. GIMI's writing is once again in fine form, telling a cheater exactly like it is: "I know you tried to be the one for me/ But trying don't count/ When you're fucking your best friend Jake on our couch/ Neighbors told me he was loud," he sings. You can almost envision the singer taunting and wagging his finger to his ex-lover, who begs to be taken back on all fours. GIMI's sonic revenge might seem petty, but at least he gets the last laugh. "Boy Bye" is a memorable statement about overcoming toxicity to fall in love with yourself.

"'Boy Bye' is about cutting ties with all the garbage in your life," GIMI says. "In this case a cheating boyfriend. On the surface, it's a classic break-up song, but at its core, it's a declaration of love to oneself. It's about feeling good about yourself and living your best life. The essence of 'Boy Bye' is waking up in the morning and saying 'fuck you, self-doubt, today I choose myself!' That's the kinda feeling I wanted to portray in the song. Practicing self-love is an ongoing battle for me, but I think it's key to being truly happy, so I guess Boy Bye is sort of a reminder to do so and a mantra that helps me during my low moments."

GIMI is working on a new EP, which this track and "the boys downtown" will appear on. It's due for release later this year. Stream "Boy Bye," below.