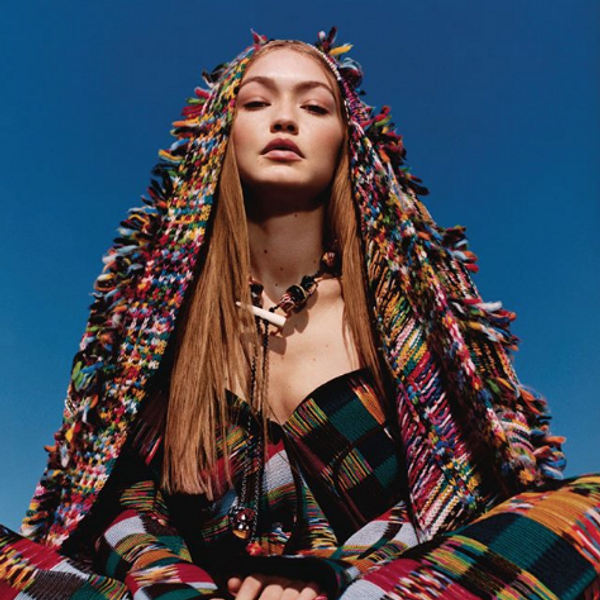 Gigi Hadid Is a Rainbow Vision For Missoni

Missoni has released their new fall advertisements, featuring none other than Gigi Hadid, who is a rainbow vision in the brand's iconic knits. Photographed by Harley Weir, the series of portraits place Hadid in front of a backdrop made nearly exclusively from the bluest sky, shot from below and looking upwards at the leggy blonde.

The images, which have us dreaming of fall, are uncharacteristically bright for the often more subdued autumn season, so it's just the inspiration we needed for even out summer wardrobes (even amid this horrific heat-wave…) Hadid wears a series of '70s-inspired knitwear, ranging from patchwork pants to oversized cardigans; ponchos and maxi sweater dresses alike. Both Hadid and the brand shared the images on social media, seeming to amount to five photos in total that usher our wardrobes into fall.

Though Hadid had taken the Spring season off from the brand's print ads, she was previously the face of an equally colorful campaign for fall 2017 just about a year ago. In addition, she's walked in runway shows for the design house, even alongside her model sister Bella just last season.