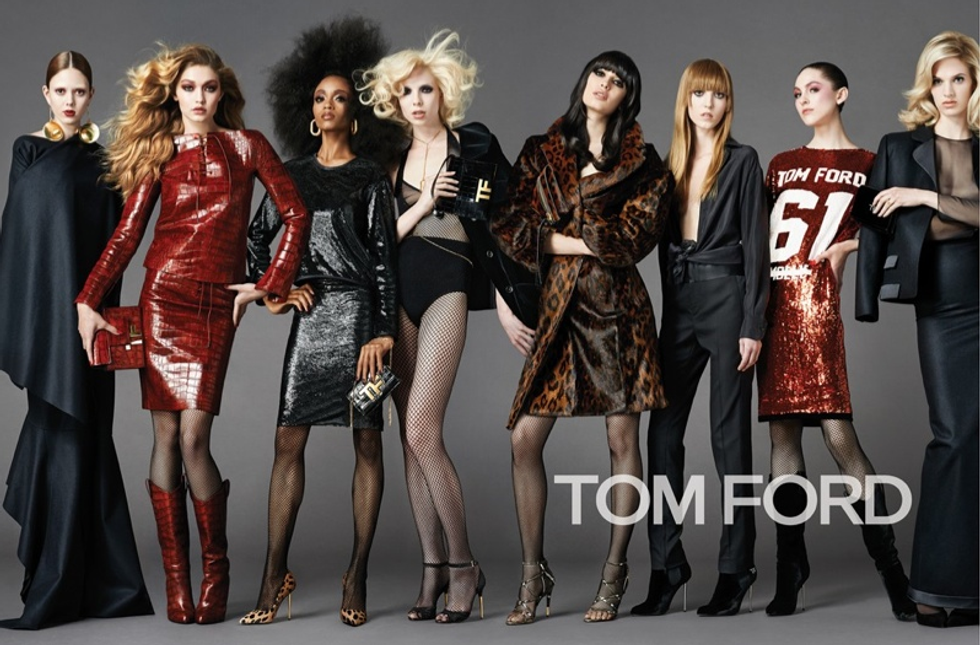 (Gigi Hadid, second from left)
It's a busy summer for PAPER Beautiful Person Gigi Hadid: the reality TV star-turned-model appears in two big campaigns this season for Tom Ford and Guess. In the former, she glams it up with fellow celebspawn Patrick Schwarzenegger and Ella Richards (that'd be Keith's granddaughter) while in the latter, she looks very disco cowgirl chic. 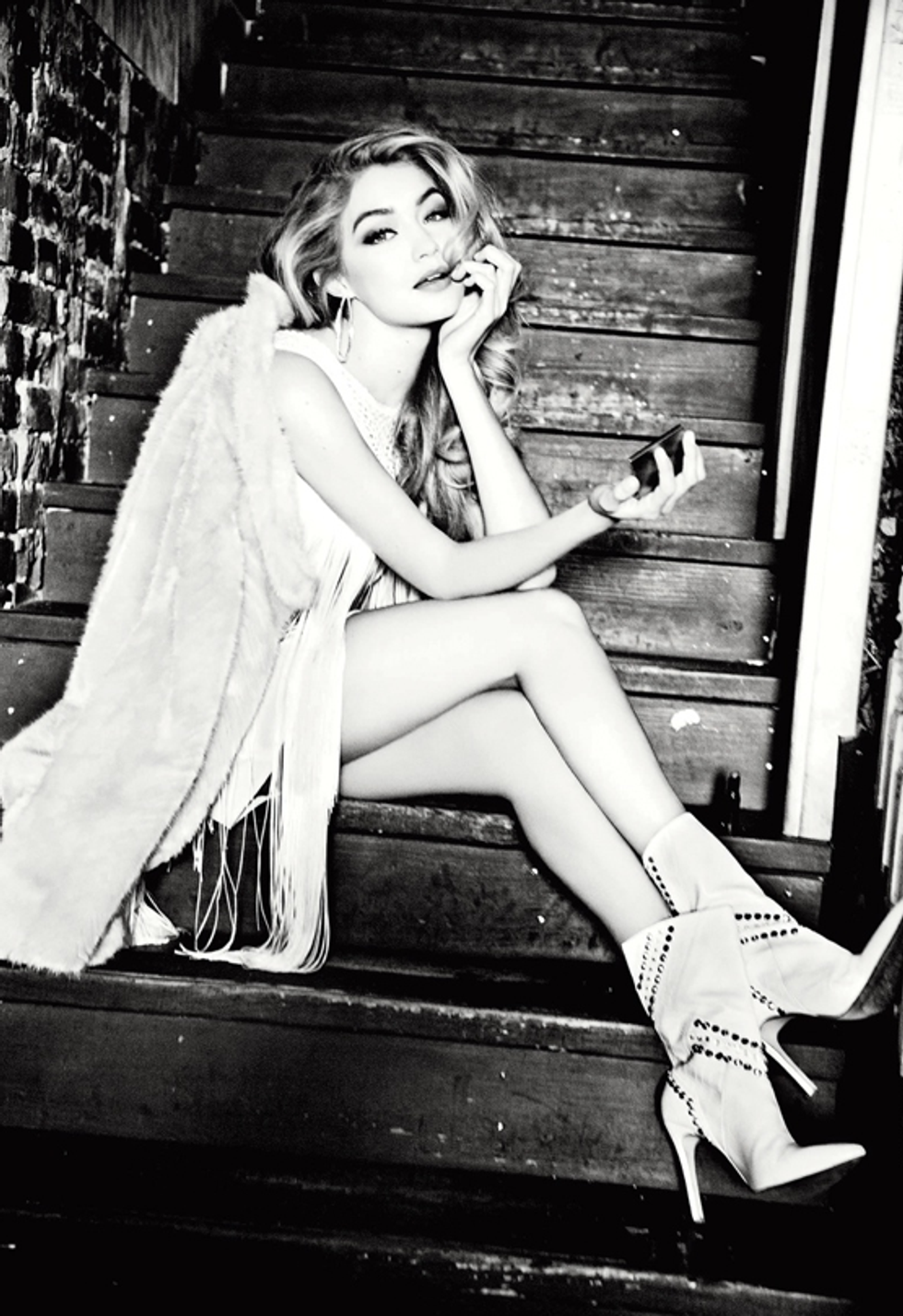 Guess campaign shot by Ellen von Unwerth
Gigi is also a headlining "Rookie" in SI's 2014 Swimsuit Edition and a weeks ago, she appeared as the face for Tom Ford's Violet Orchid fragrance in a campaign that featured the model nude -- bits and pieces tastefully concealed -- and splayed out across a crinkly, purple-metallic backdrop.

Looks like you've got some competition, Kendall. (JK, JK, we're all for both their burgeoning modeling careers...)