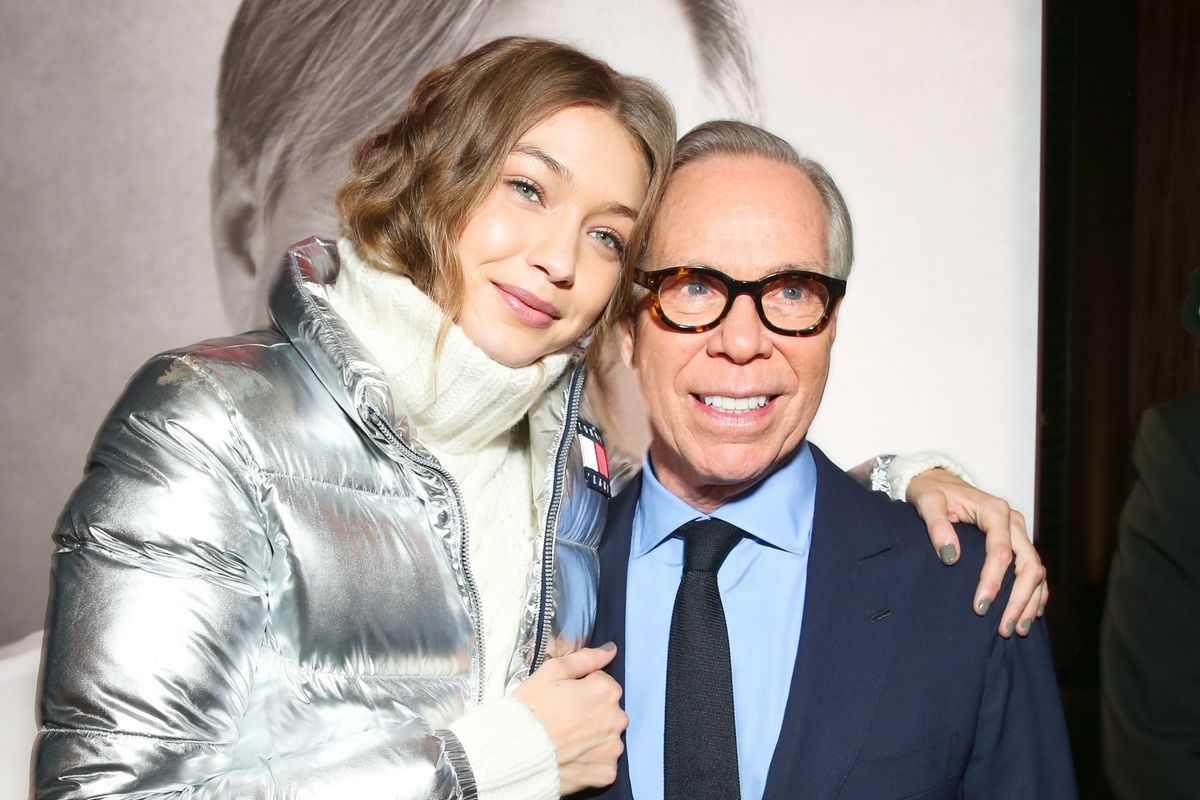 Last week, Tommy Hilfiger told a cute story about his decision to collaborate with model Gigi Hadid on a Tommy x Gigi capsule collection. Apparently last year, his casting director was miffed about Gigi's inclusion in their 2015 show at NYFW: "Our casting director said, 'She doesn't really fit because you know she's not quite as tall as the other girls, she's not quite as thin." So they compromised, and covered up her confusing body in an enormous red white and blue poncho, which subsequently earned Tommy "millions of hits" and turned out to be a bestseller. And a partnership was born. Heartwarming, no?

Last night in an Access Hollywood interview, Hadid defended Tommy's sweet story, saying, "The point of the story was that Tommy was rooting for me." She continued, "regardless of what the stylist of that season said or what he put me in, Tommy wanted me in the show, and Tommy was pushing for me and Tommy loved my curves." Tommy loved her curves you guys! And she went on to share that she wore a bikini on the runway for the same casting director the next season because of "the misogynistic character of late ultra-capitalism." OK, she didn't actually say that last thing.