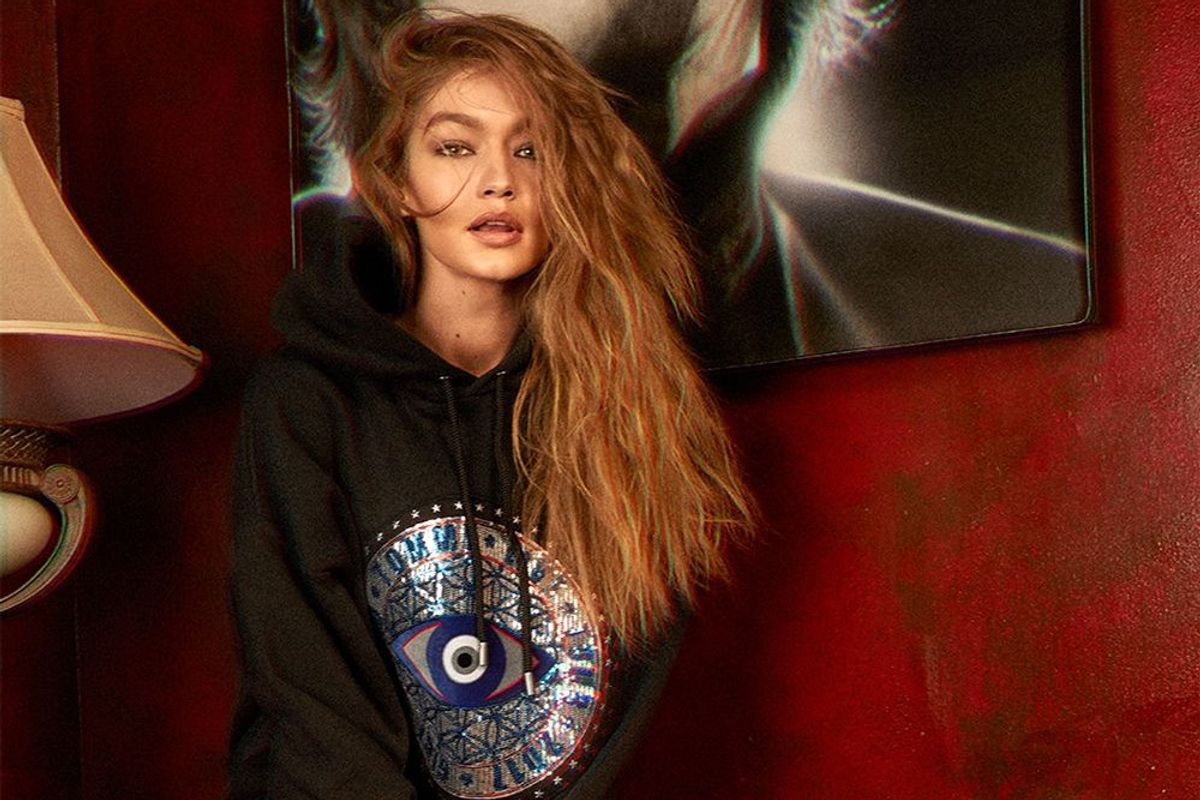 Iconic designer Tommy Hilfiger is collaborating with Gigi Hadid for the third time in a row, enlisting the model's help to co-design his Fall 2017 runway collection. The third Gigi x Tommy range, consisting of fare like trucker caps, jagged crop tops, and sequin-patched hoodies, was no doubt inspired by the fast-rising trend of tour merch spawned by great actual tour merch from artists like Beyoncé and Justin Bieber, whose Purpose Tour merch has become such a big sensation that even items made for his cancelled stadium leg are being sold at H&M.

Hadid and Hilfiger's latest collection will be released in stores and on tommy.com on September 21, right after a see-now, buy-now runway show during London Fashion Week. This follows the duo's fabulously over-the-top carnivals in New York and LA over the past two seasons. Peep the collection's lookbook below.