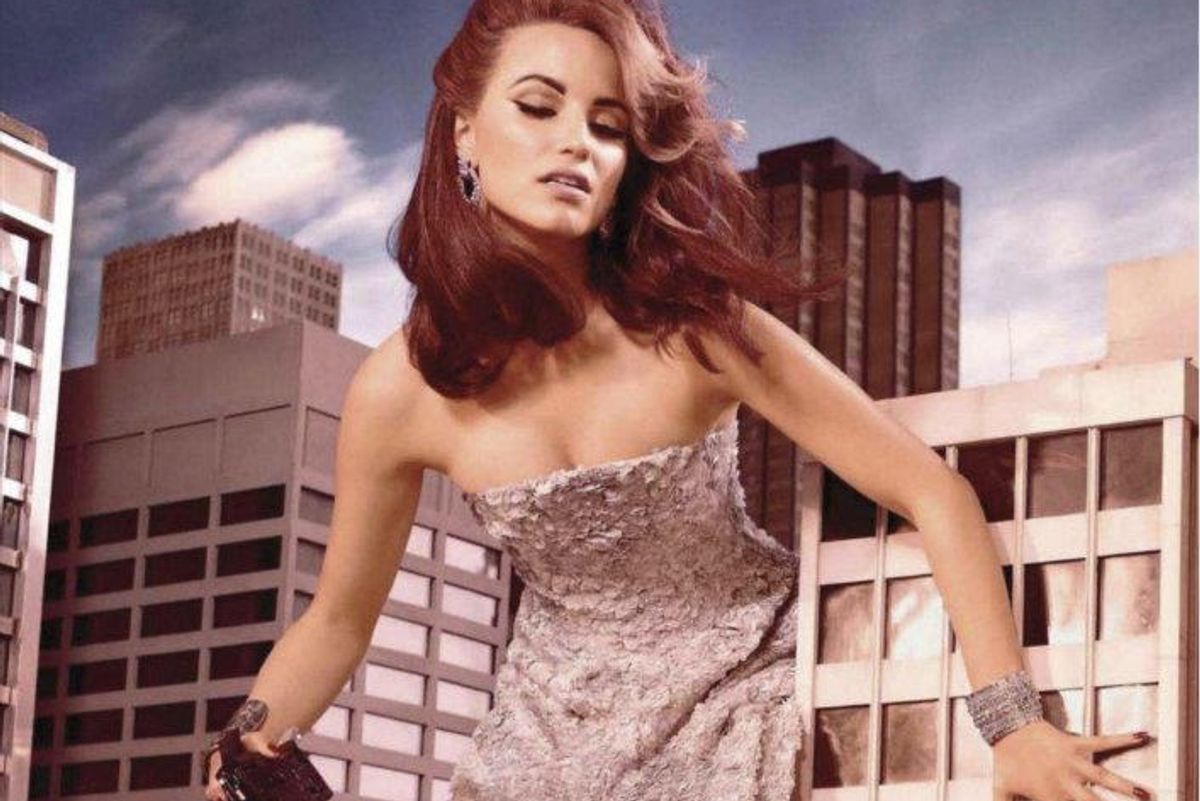 Never heard of it? Us either. But since it's the hot new thing, we may as well get to know the giantess fetish. Per Clark-Flory: "in PornHub's 60-plus pages of "giantess" clips, women of fairly typical heights are shown interacting with miniature objects: model-train people are stepped on, put into virtually every orifice and, occasionally, make-believe eaten. Plenty of clips feature computer animations of women towering over cities like sexy Godzillas bent on destruction."

Here's a safe for work example, for your edification.

As always, it's worth pointing out that it's a free country and there's nothing inherently wrong with sexual desire, and as long as no one is getting hurt or being forced to do something they don't want to do, there's really no need for any of us to judge.


While the giantess fetish has gained popularity in the past few years, it's nothing new. Dr. Samuel Ramses first coined the term macrophilia, which literally translates to "lover of size," in a paper dating back to 1994. Why someone has a fetish is, of course, almost impossible to explain, but as first reported by Salon, some macrophiles are possibly "playing out some old, unresolved psychological issue. Maybe as a child they felt overwhelmed by a dominant mother, or a sadistic mother."

Then again, a quick perusal of macrophile forums shows that some dudes just get off on being able to take a break from the role of dominance forced on men by our patriarchal society whether they like it or not, while others just really have a thing for Gulliver's Travels.

Kind of gives a new meaning to the term big love, doesn't it?