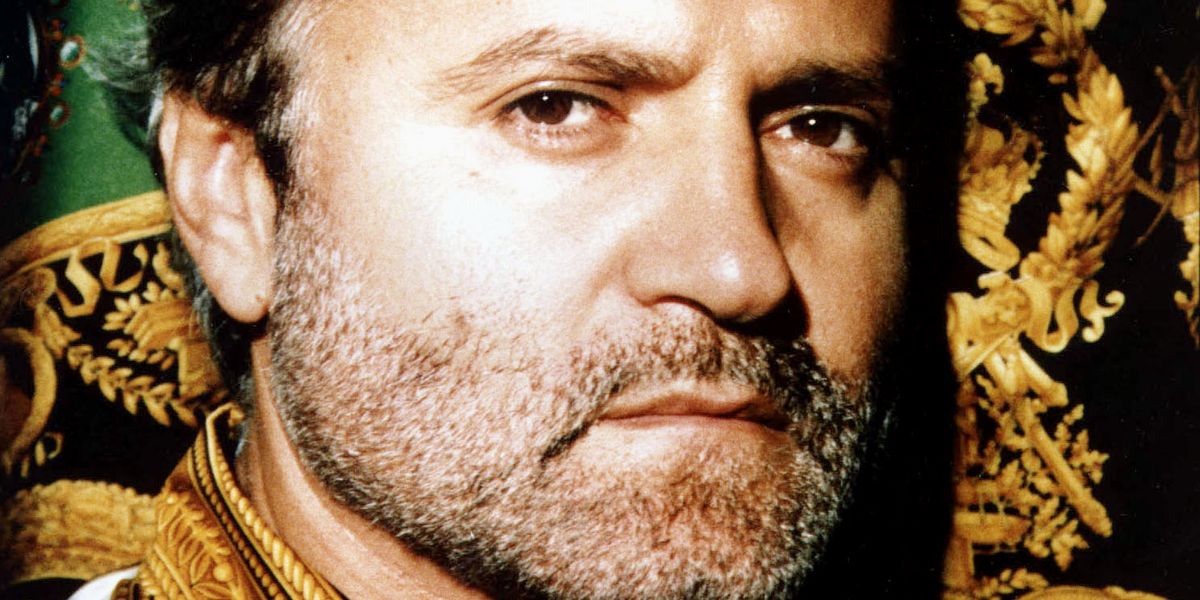 With the premiere of The Assassination of Gianni Versace: American Crime Story this evening, we take a look at some of the more bizarre moments from Maureen Orth's Vulgar Favors, the book upon which the hotly anticipated Ryan Murphy series is mostly based.

Orth's 1999 chronicle, which the Versace family have, along with the series, called an unauthorized "work of fiction," is a deeply reported record of Andrew Cunanan's murderous swath across the five states in the summer of 1997. After murdering Jeff Trail, David Madson, Lee Miglin, William Reese, and most infamously Gianni Versace, Andrew Cunanan took his own life in July.

The grisly details from the murders aside, there are moments in Orth's teling that are truly unbelievable; for instance, while Cunanan was on the lam, instead of laying low while staying in New York, he treated himself to the aptly titled Liar, Liar at a Chelsea movie theater or that he was a big fan of brutally violent Pulp Fiction. He also partied with Lisa Kudrow who was a friend of a friend, so to speak, just months before his killing spree. Orth, who claims Cunanan may have called her while she was reporting the story for Vanity Fair and the killer was still alive, stands by the facts of her book despite the repeated denials of the Versace family.

Was the life of Andrew Cunanan truly stranger than fiction? I guess it depends on who you ask.

- Cunanan's father, Peter, contended that JFK Jr. was perfect to play Andrew in the film he was putting together on his murderous son. "Their mannerisms are very, very close, almost the same," he said.

- He went to see Pulp Fiction in theaters with a friend, Jeff J. Buchman, who recalls Andrew clapping with glee at the over the top violence. "He screamed the most when the guy in the backseat got his head blown off."

- Often lying about jobs he had or high flying people in the movie industry, a particularly timely one for 1997 was claiming he was working on sets for the Titanic.

- The Mustang Spa, a gay bathhouse in the Northpark neighborhood of San Diego, was a known haunt of Cunanan's, though taking the steam was not what he came to do. The owner recalls Andrew would strangely come to watch Roseanne at 5 pm and eat from the free candy bowl.

- Obsessed with appearance and status, Cunanan's weight would fluctuate depending on his drug use (mostly crystal meth) or frequent bouts with depression. Friends remember during his less fit days, he would still go to the local gay nude beach in San Diego but would instead smoke cigars and scarf Oreo's and Doritos.

- S&M and sexually violent talk and fantasy were common with Andrew and a friend, Dominick Andreaocchio remembers him saying about guys he would see out, "He said stuff like, 'Oh I'd like to electrocute him.'"

- The February before his killing spree, he spent a lavish week in L.A., where he ended up partying with Lisa Kudrow and had dinner at her mother's house.

- After murdering Jeff Trail, David Madson, and Lee Miglin in Minnesota and Illinois, he fled west ending up in NYC. Instead of laying low, he checked out Jim Carey's Liar, Liar at a Chelsea movie theatre, evidenced by ticket stubs found in a vehicle he had used.

- The night before Versace's murder, and while he was already on FBI's 10 Most Wanted List and America's Most Wanted, Cunanan was at Miami gay night club Twist, where a hairdresser named Brad claims, after dancing with Cunanan, he asked the fugitive what he did: "I'm a serial killer," was Cunanan's morbid response.

- Gianni Versace was not the only victim on the steps of Casa Casuarina on the morning of July 15, 1997. A white mourning dove just happened to be within range and was also shot down, which the FBI took to be some kind of signal that it was a mafia hit, a lead that ultimately proved fruitless but some still maintain.

- In order to keep Versace's body safe before cremation, at one point the family cook, Charles Podesta, had to sleep in the same room with it at the crematorium as a precaution.

- At a memorial service in Miami, organized by local officials which the family did not attend, the priest quoted Madonna and lyrics from Evita "Where do we go from here..."

- Gianni Versace's HIV status is perhaps the family's greatest contention with the book and film. Orth has Miami Detective Paul Scrimshaw on record saying that Versace was HIV positive according to the autopsy, which was considered as a possible motive for the killing (retribution from an infected partner). Cunanan's status was accidentally leaked as negative.