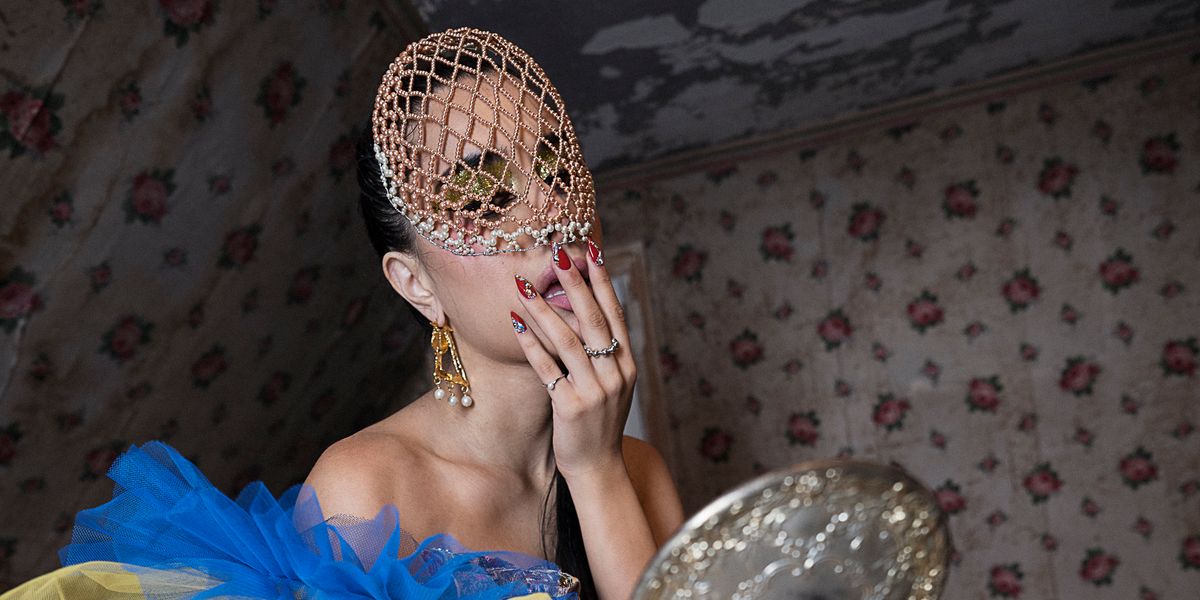 In psychology, egos are aligned with self-esteem and personal identity. Freud saw your ego as a normal component of the human mind, but in modern society, to have an "ego" is almost always associated with negative connotations. Los Angeles-based pop artist Gia Woods confronts these ideas and more in her new video for "Ego," premiering today on PAPER.

Themes of vanity, seduction and temptation are showcased through the lens of an Alice in Wonderland-themed visual. In the video's opening scenes, Woods crawls through a forest until she falls asleep. We're then taken into Woods' dream world, where the human-sized singer sits in a miniature house, sporting an elegant green gown and matching emerald jewels. "You want love and control, but you can't have both," she sings, while admiring her reflection in a mirror.

Eerie, human-like creatures enter the house as Woods' lyrics drive the narrative: "My ego loves to rough it up with your ego," outlining a relationship's imbalanced power dynamics.

Related | Feed Yourself Behind the Scenes of Gia Woods' New Video

Woods says that the video's Alice in Wonderland concept, co-created with director and frequent collaborator Jenna Marsh, was attractive given protagonist Alice's attraction to fantasy.

"She's always tricked by illusions," Woods explains. "When you think about it, a person's ego is the master of creating illusions. It messes with your perception and creates expectations. When you're in a constant state of ego trips, you have no sense of reality."

As for future projects, Woods says more in this "egotistical series" is to come. Everything was shot episodically, meaning her next video will be "a bit of a sequel." Stream "Ego," below.