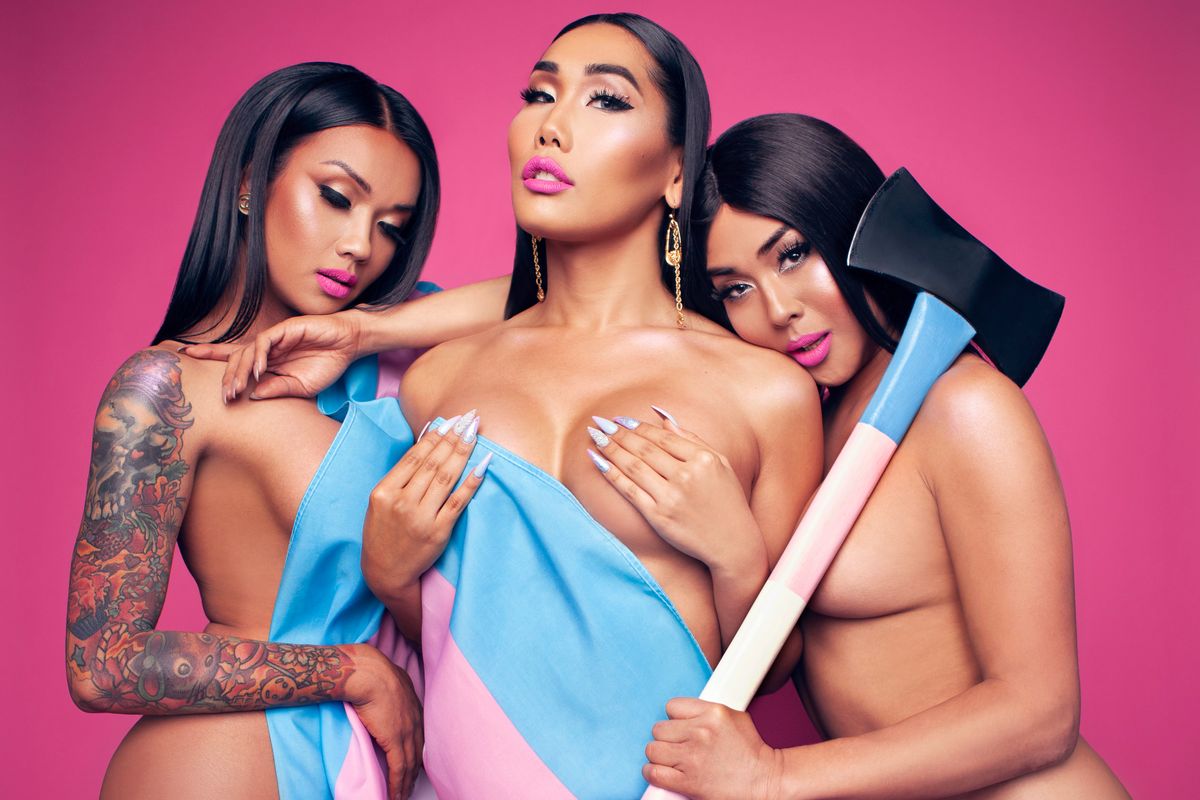 On this day 3 years ago I realized I could no longer hide my true identity from the world and came out publicly as a transgender woman. I chose this very meaningful day, Transgender Day of Visibility, to celebrate my authenticity and to help inspire others to become more visible and share their stories. Today is a very important day not only for me but for all transgender people around the globe. During a time when we're seeing the highest rates of reported homicide against transgender people, I feel honored, hopeful and more motivated than ever to speak up and stand up for my trans brothers and sisters, and try to be a driving force for our community.

The trans community has always been "the other," when in fact, trans people have been around for most of modern civilization. But miseducation and a lack of trans acceptance has led the general public to view trans and gender non-conforming individuals at the bottom of the food chain. My community has been marginalized, ostracized, and disenfranchised countless times over. The trans and gender non-conforming communities have always faced discrimination, and especially for trans and NB people of color. That is no longer acceptable, and why Transgender Day of Visibility is of great value and importance, and why visibility matters so much.

It is a day that we get to celebrate being seen as our true selves, instead of feeling like we have to hide in the shadows. I want to show people how resilient we are and most importantly, to celebrate our "trans-ness." My goal now is to use my platform to promote inclusivity and give other trans people around the world a chance for their stories to be told and recognized. As Gia Gunn, I feel a responsibility and duty to the trans and queer communities to start using my voice to normalize, educate and encourage us to be unapologetic about who we are.

According to the Human Rights Campaign in 2018, advocates tracked at least 26 deaths of transgender people in the US due to fatal violence. The majority of these deaths were Black trans women. HRC further elaborates that many of these women were killed because a clear anti-trans bias, while others have been targeted simply for identifying as transgender to begin with. Many trans people also face harsh discrimination, often forcing them into dangerous occupations like sex work, or living on the streets with no resources or support. Consider the crimes against trans people that go unreported. I am almost afraid to imagine how staggering the actual numbers might be.

"I feel a responsibility to the trans and queer communities to start using my voice to normalize, educate and encourage us to be unapologetic about who we are."

Despite these heartbreaking statistics, I am still hopeful. I am hopeful for what is possible when we look past bigotry and hate. I feel a tide of change beginning to wash over, and I am starting to see that slowly but surely people are willing to accept and understand us. But there is still a huge mountain to climb for progress, and I am calling out to my LGBTQ+ family around the world to continue to fight and stand up for change. Most importantly, I feel the LGBTQ+ community needs to stop being toxic to each other, to lead by example and show that we're here to stay, and we're not going anywhere.

For this shoot, I teamed up with Nya Cruz (@nyacruz) and Kimberly LLejay (@kchizzle.bae), two stunning and courageous trans icons from the bay area. These gorgeous ladies have previously appeared on FUSE TV's Transcendent, and are also talented performers at the infamous AsiaSF, an all transgender cabaret lounge located in the heart of San Francisco. My idea was to create images that represents Transgender Day of Visibility: Resilience, acceptance and being unapologetic about who we are as trans people.

"We are the most visible now than we have ever been before, and we will continue to shine regardless on how much people try to push us aside," Cruz says.

"Being visible is a way to educate people that we are more than the stigma that society has placed upon us" LLejay adds.

A big shout out to our talented photographer Ash (@ashdanielsen), who has helped bring this shoot to life and execute our message that trans bodies are beautiful. "As someone who is in the beginning stages of my transition, Transgender Day of Visibility is tremendously helpful in helping me feel seen," Ash says. "Representation matters, and acknowledgement of trans excellence is definitely something to celebrate. There's so much beauty in the spectrum, and I try to create art that puts that beauty on a pedestal."

What I want people to take away from these photos and TDoV itself, is showing us as bold trans women, unafraid to be ourselves in our skin, naked for the world to see and accept. I want people to see us holding the trans flag and each other, symbolizing strength in unity. I have hope for the future, and I envision trans people making a huge impact on our society and culture. I am ecstatic to see more trans women in politics, affecting change. I am appreciative to see shows like Pose, and people like Laverne Cox, Janet Mock, and Gigi Gorgeous living their trans lives and being role models. I hope that one day I can lead impactful change, and show the world the many layers of Gia Ichikawa. On International Trans Day of Visibility, I can finally say I have never been prouder to be myself.