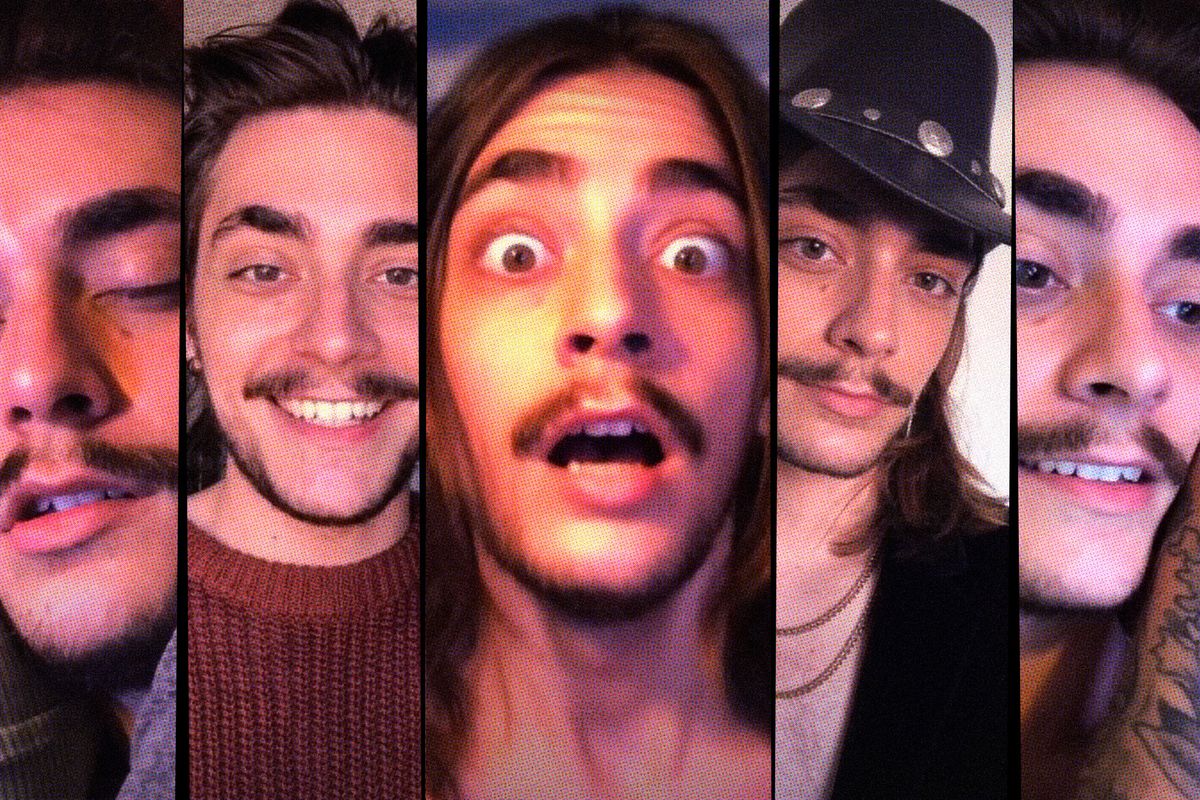 @GhostHoney's TikToks Will Heal Us All

Soft-spoken and shy with a bashful smile and an aversion to viral challenges, TikTok star Tyler Gaca doesn't seem like your typical social media superstar. However, the beloved creator known as @GhostHoney has still managed to drum up a fierce cult following thanks to his unique brand of left-field comedy — and if you take a quick look at his TikTok, it's easy to see why.

With his imaginative storytimes and nostalgic YA novel and art school parodies, the 26-year-old former art teacher is probably best known for his retellings of "fever dream" scenarios and fanciful daily musings about anything from possums to mothmen to the Great British Bake Off. And though they're always delivered with his serene, even-keeled voice that feels well-suited to a guided meditation, it's an offbeat juxtaposition that's lent itself well to the fantastical escapism of his "chaotic" videos — and garnered him 1.3 million followers in the process.

this is how I watch the Great British Baking Show

"I think that's why people like my videos, because I lull them into a false sense of calm and the words coming out of my mouth are like pure chaos," Tyler laughed during our Zoom call.

"I get so many comments where people are like, 'Oh my God, I listen to your livestreams just so I can fall asleep at night.' Or, 'I watch your videos at night to relax,' because they think my voice is soothing," he added. "And that's something I never knew about myself or anticipated when I first started making videos on the internet."

Initially, Tyler began making TikToks last year while still working full-time at the Columbus College of Art & Design's Continuing Education Department. And though this was something that influenced him to post under a different name as he "didn't want to be known," he explained that he mostly wanted to find a creative outlet for all the "ideas that come to me at like 3 in the morning or when I'm in the shower."

I need some hot possum facts!

"I use the Notes app to kind of catalog every extremely random and semi-coherent thought I have throughout the day," Tyler said of his filming process, which mostly takes place in the comfort of his bedroom. And even though some of these concepts are "sometimes too chaotic to even make a coherent thought," as he explained, the beauty of TikTok is that the oddest thoughts can oftentimes give way to the best videos.

"So it's like a long process of writing a long diary entry of these obscure thoughts. It's like 3 AM madness vibes," he added, joking about how many of these ideas come to him while his husband JiaHao — who's also become a fan favorite in his videos — is "like fully passed out next to me."

"I'll be like, 'What if all vampires are gay?' And somehow, I have to make some weird passing thought into an entertaining 59-second video," he laughed, before confessing that he can be hesitant about sharing many of his TikToks.

♬ flowers by in love with a ghost - moth

"I will say that every video tops the previous one in terms of secondhand embarrassment, and there are times where I will post a video and turn my phone off, because I can't even look at it," he explained. "It's like I can't even watch myself right now. It's the art school kid thing where you pour your heart out into a piece and it's critique day, and you're like, 'I don't even want to look at it anymore.' That's how I feel about my TikToks sometimes."

And though these videos in which he's "being vulnerable and showing [his] deepest, most embarrassing inner-thoughts" have created a devout following, Tyler said that he didn't realize "the magnitude of [his] internet presence" until TikTok reached out to help him with a growth strategist and began providing him with opportunities "that blew [his] mind," such as flying him out for New York Fashion Week.

"I was like, 'Wrong person!' And my content there was very chaotic. It was like me panicking in my hotel room, because I had to walk by the paparazzi and they were like, 'Can we snap a picture?,'" he said, adding that while the experience was "a dream come true," it was also one that took him "really out of [his] comfort zone," especially after working a desk job for the past three years.

🕯💐Ghosthoney’s Guide to Dressing Like a Love Stricken Victorian Dandy💐🕯

As his star has risen though, Tyler has continued to grapple with his newfound fame while "trying to figure out how to make a full-time career out of it." Granted, this was also something that partially influenced his decision to move to Los Angeles earlier this year with JiaHao after they were both laid off due to the pandemic.

"So far it's going really well, but it feels very surreal trying to navigate it with the current state of the world. I think it still hasn't hit me [that I've become internet famous]," he admitted as he joked about the anxiety he feels whenever he's now recognized while walking around LA. "It's kind of like, 'What! Oh no! I've never heard of [@GhostHoney]. I don't know what you're talking about!'"

But even amidst the garbage fire that is 2020, Tyler said he's grateful for the community conversations spurred in his comments by topical videos about things like election anxiety.

"What I love the most about TikTok and the community I've created [is that it feels like] a really beautiful support group of these weird art kids and the loners from high school. Like, I ate lunch in the art room every day in high school," Tyler said, before adding that he also hopes his videos give the younger generation an opportunity to "see LGBTQ ppl just living authentic, normal lives."

And though he added that it's "definitely nerve-wracking" to have such a large audience now, he tries his best to use his platform to "put out things that feel authentic and good," especially if he were "to watch it as a small, 15-year-old boy in the closet."

"Growing up, I never had anything like that, especially not on TV and social media wasn't a thing," Tyler said. "That's something I really hope people walk away with. Like, 'Oh, it's possible to be 26, happily married and living the best life you possibly can.'"