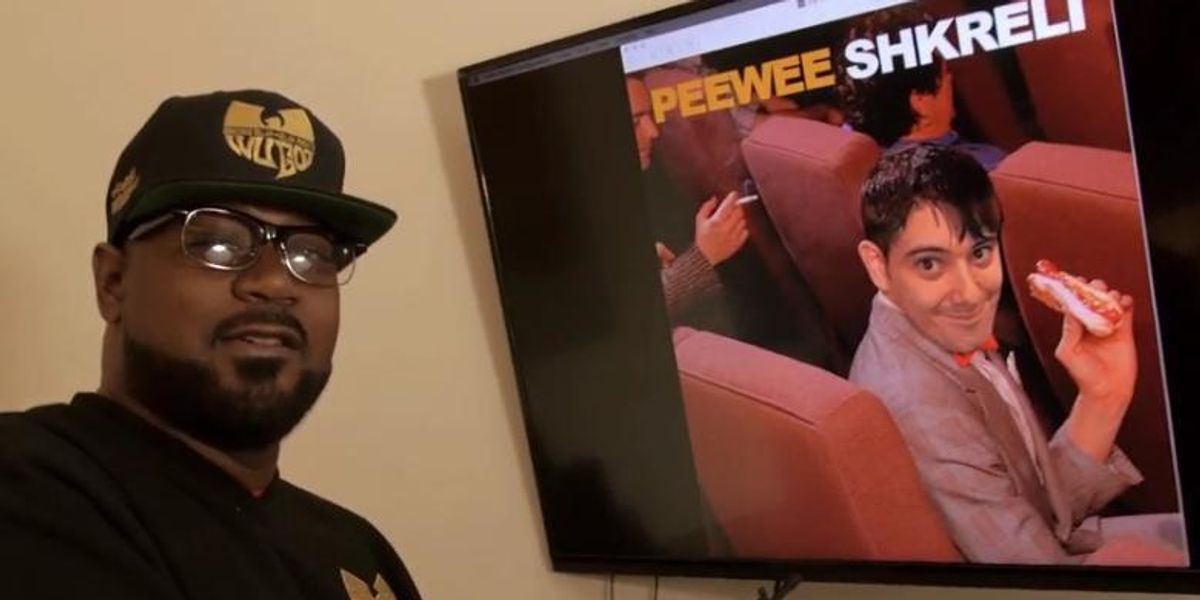 Finally, we are blessed with a response video from Ghostface Killah, addressing human gnat Martin Shkreli's oppressively lame diss video, and other asinine comments about the rapper, after Ghostface mentioned in a TMZ video that not only was the former pharmaceutical CEO was a "shithead" for price gouging Daraprim, an effective HIV/AIDS medication.

He also mentioned how Martin should return the rare Wu Tang album--Once Upon a Time in Shaolin--that he purchased for an astoundingly douchey $2 million.

After weeks of swatting, G.K. came out with a video-to-end-all-videos, literally vaporizing Shkreli with nothing but truth, and class.

The response--that blends tongue-in-cheek with heartfelt honesty--has the iconic MC blasting Shrkeli and his paid "goons," comparing them to hokey comic book villains.

He also points us to a mock-up of Martin, named "PEEWEE SHRKELI," FINALLY pointing out his maybe/maybe not nosejob.

"You act like I'm a washed up rapper?" Ghostface asks. "You don't buy a washed-up rapper album for $2 million."

He also concludes that Martin must have missed out on "hopscotch" and "boys sleepovers" as a kid, making him the ghoulish weasel he is today.

"My middle knuckle is bigger than all my middle knuckles on my hand, bro," Ghostface says. "You ain't got a scratch on your middle knuckle, bro; you ain't been through nothing. You never been in the crib with welfare cheese and fried bologna. Don't come at me with that punkass shit."

After bringing up Shrkeli's horrific price increase of the HIV medication his (former) company gained control of, the rapper calls Martin a "real killer," and a "soft killer," and later, "the devil in the flesh," after referencing loved ones who've died of AIDS.

The climax of the video occurs when Ghostface brings in his sister, mother, and mother's friends--his version of Shrkeli's masked cronies--who talk some sense into the businessman.

"If you were my son, I'd whip your ass," Ghostface's sister says.

The video gets emotional when his sister goes on to talk about her own health struggles, and not having insurance when she underwent a major brain surgery to remove a tumor; she praises her brother, whose used his success to help her and other people cover their medical expenses.

At the end, his sister says, "I'm talking to Martin's mother: give him a hug, and tell him to stop fucking people over, and being so greedy."