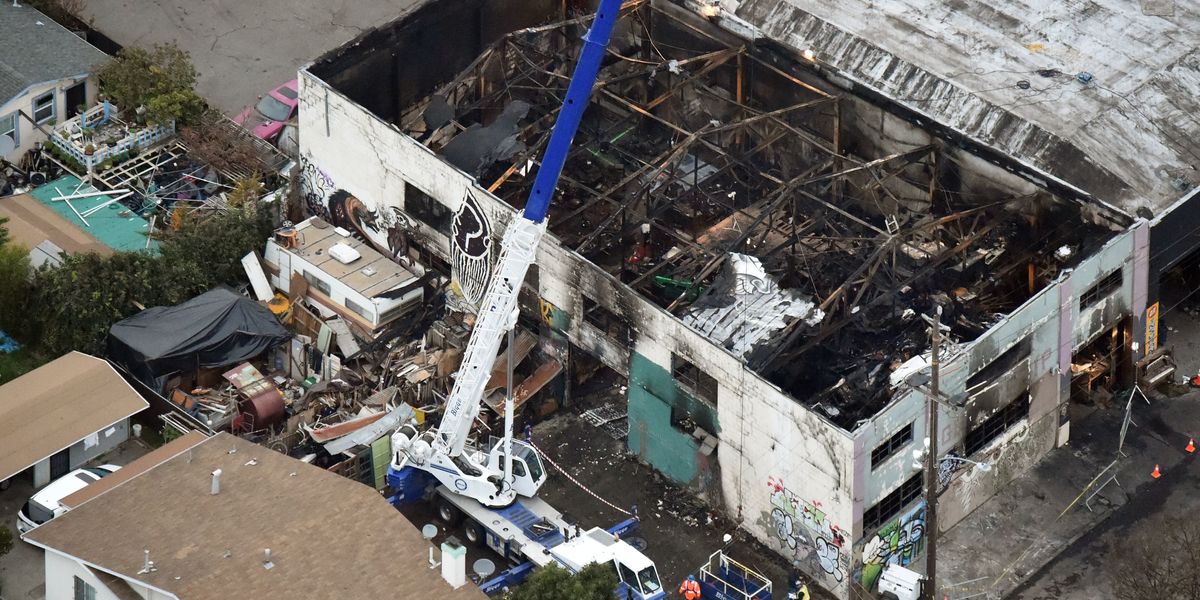 Earlier today, an Alameda County jury acquitted one man of involuntary manslaughter in relation to the deadly 2016 Ghost Ship warehouse fire. However, they were unable to reach a decision for a second defendant.

KQED reports that Ghost Ship creative director Max Harris was found not guilty on 36 counts of involuntary manslaughter. In a second case against master tenant and artist collective leader Derick Almena, the jury was deadlocked 10-2, which led the judge to declare a mistrial. As a result, Almena is due back in court October 4 to set a date for further court proceedings.

Previously, both men pled no contest to the charges. However, their plea deals were later rejected by a judge. They were each facing up to 39 years in prison.

One of the deadliest nightclub fires in American history, the Ghost Ship fire resulted in the death of 36 people due to a lack of proper safety features, such as alarms and sprinklers, as well as a blocked exit.