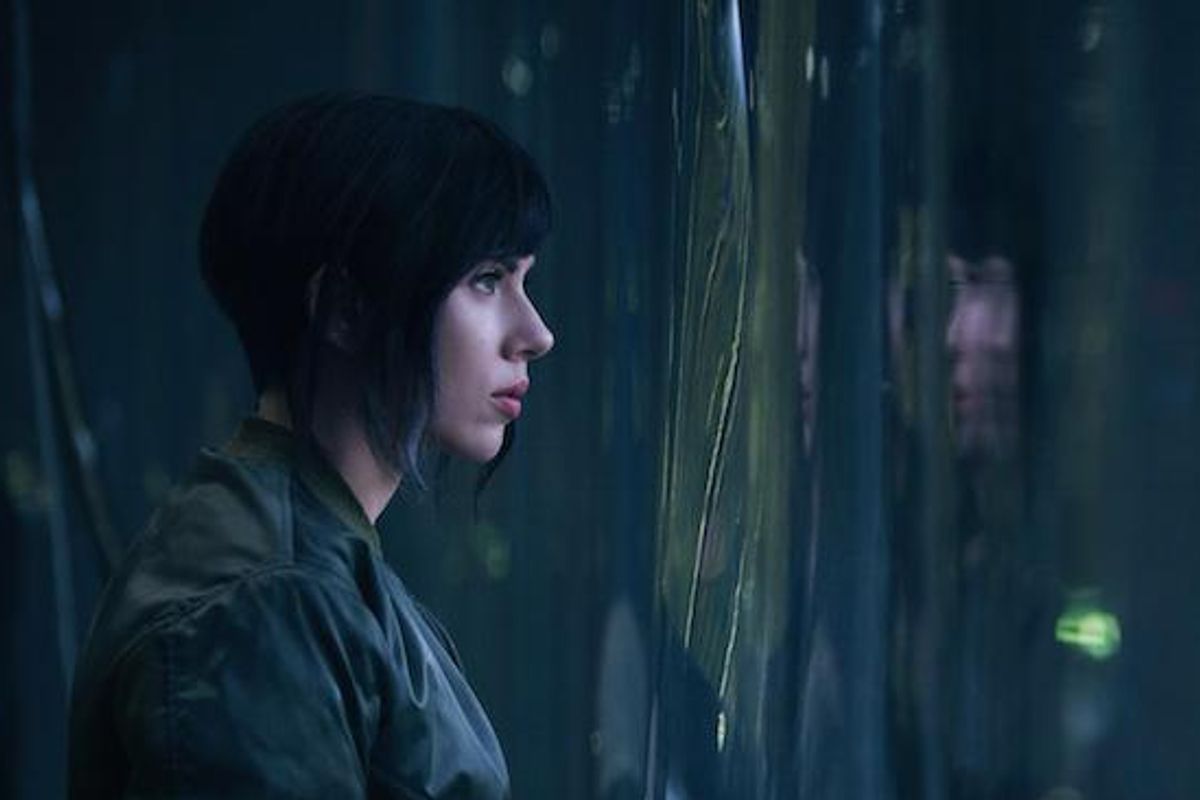 Back in January, it was revealed that Scarlett Johansson would star in the US film adaptation of seminal Japanese manga Ghost in the Shell -- an announcement that, obviously, did not sit well with many Asian-Americans and fans of the original, especially since GiTS's plot revolves around ideas of identity informed by post-war Japan's history and culture.

i love scarlett jo & will defend her to the end but i'm highkey pissed about her being cast in ghost in the shell bc whitewashing is so rEAL
— yu ke (@jvynerso) May 14, 2016

#StarringJohnCho is a timely trend. Just found out they're #whitewashing all the Asian people in Ghost in the Shell. ScarJo in the lead WTF!
— Bollywood Bakwaas (@Bollybakwaas) May 10, 2016

Plus, it didn't really help that the film producers had apparently tested out a CGI-altered, more-Asian-looking Johansson...and then decided to drop some promotional stills.

From LRT, the Ghost in the Shell whitewashing is worse than I realized: literally tested CG to make SJ look Asain. https://t.co/kAKv9nUONA
— ĉ⁺|granade⟩ (@cgranade) May 4, 2016

Nothing against Scarlett Johansson. In fact, I'm a big fan. But everything against this Whitewashing of Asian role.😒 https://t.co/VS6r6iish9
— Ming-Na Wen (@MingNa) April 14, 2016

However, the producers had stayed quiet on the matter -- until now. Yesterday, Buzzfeed spoke to Ghost in the Shell producer Steven Paul about the controversy, and he deflected the accusations of whitewashing of Johansson's character Major Kusanagi (now just, The Major, if that makes it any better!) by choosing to describe the film as "international."

Waving off skepticism, he said, "I think everybody is going to end up being really happy with it. They're going to be very, very happy with it when they see what we've actually done with it, and I don't think anybody's going to be disappointed."

"I don't think it was just a Japanese story," he continued. "Ghost in the Shell was a very international story, and it wasn't just focused on Japanese; it was supposed to be an entire world," Paul said. "That's why I say the international approach is, I think, the right approach to it."

Which, fine. But, once again, the premise of the original manga is deeply rooted in post-war Japan's relationship to technology and how that subsequently shaped its national identity. Or as Emily Yoshida aptly put it in an essay about anime's troubled history with Asian identity, "Ghost in the Shell is the product of and response to decades of physical erasure and technological alienation. It's pop cultural fallout, a delicately layered croissant of appropriation upon appropriation" -- which is something an international, "we can all relate" argument can't really properly address.

There are a whole host of reasons to cast ScarJo (who's also the highest grossing female actress in Hollywood for a reason), but trying to deflect blatant whitewashing with a "story that transcends borders" excuse is not a legitimate one. Plus, it's not really like the debate surrounding whitewashing was completely unexpected on the producers's part, seeing as how the erasure of Asian identity is a recurring discussion in Hollywood. But playing dumb is easier than thoughtfully apologizing, I guess.

Read the entire interview for yourself here.