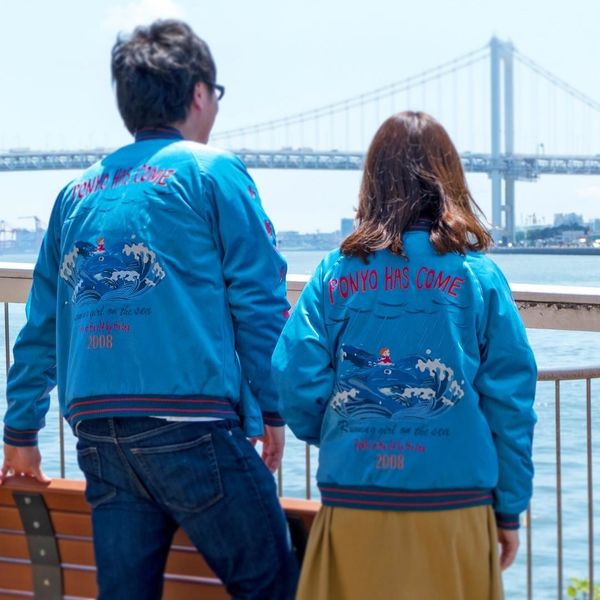 Critically-acclaimed animation house, Studio Ghibli, has long been an aesthetic inspiration for an entire generation that grew up on films like Spirited Away, Howl's Moving Castle, and Princess Monoke. Director Hayao Miyazaki's distinctive style of anime has been an influential not only in his field but in pop culture at large.

To celebrate the anniversary of two of Studio Ghibli's classic films — My Neighbor Totoro turns 30 this year and Ponyo turns 10 — they have teamed up with their in-house fashion brand, GBL, to unveil two new bomber jackets commemorating each movie.

Both feature embroidery that reference key characters and moments from each film along the sleeves, chest, and backs of each jacket. The Totoro-inspired jacket features the movie's iconic cat-bus character galloping through a field with the phrases "NEKOBASU" and "Running like a GALE" adorning it. The baby blue Ponyo jacket, similarly decorated with a scene of Ponyo running atop a cresting wave and the phrase "Ponyo has come" across the top, has a refined-yet-whimsical look.

Check out both of the jackets, below, before they go on sale August 23rd: