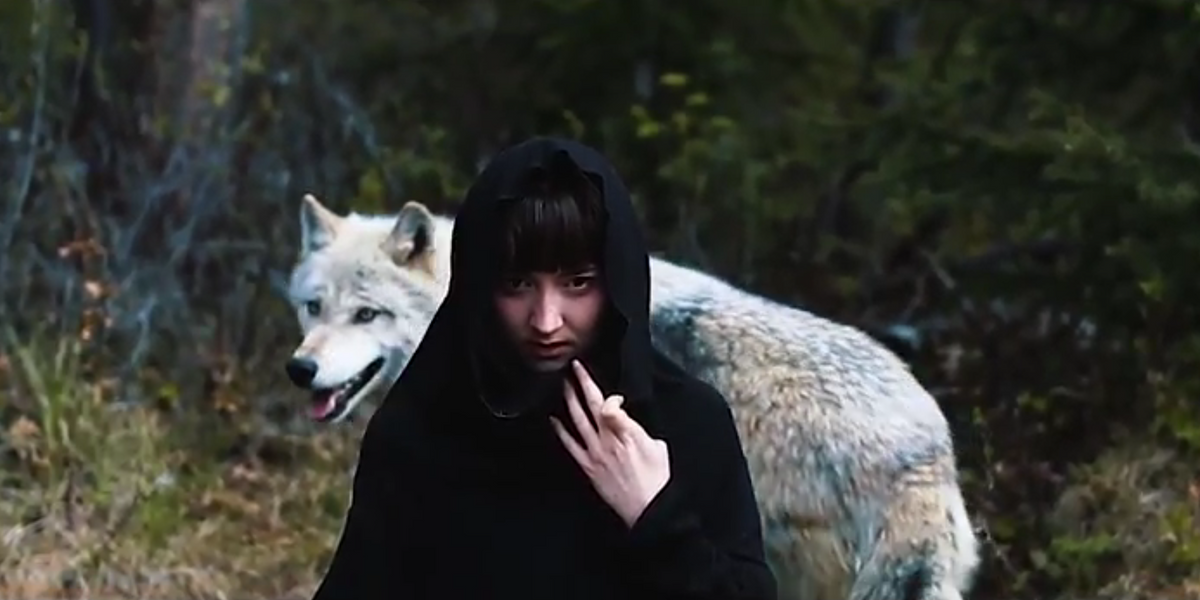 Premiere: Occult-y "Planet Earth" Vibes in Ghastly and Matthew Koma's "We Might Fall"

LA-based producer/DJ Ghastly has teamed up with singer-songwriter Matthew Koma on a new track, "We Might Fall," whose sweeping video is a bit like a witchy, psychedelic remix of a Planet Earth video. Directed by Ghastly and Montana Martz, the video was filmed in Alberta, Canada and centers on a mysterious, hooded young woman who communes with wolves and seems to conjure up some magic in a stunning forest. The vibes are a nod to Ghastly's own psych-goth aesthetics and show off a lighter touch to his production skills. The producer, who's released tracks on tastemaking dance labels like Skrillex's OWSLA and Steve Aoki's Dim Mak, currently a string of summer shows at Marquee in the Cosmopolitan Hotel. For a complete list of tour dates, go HERE, and check out the video above.