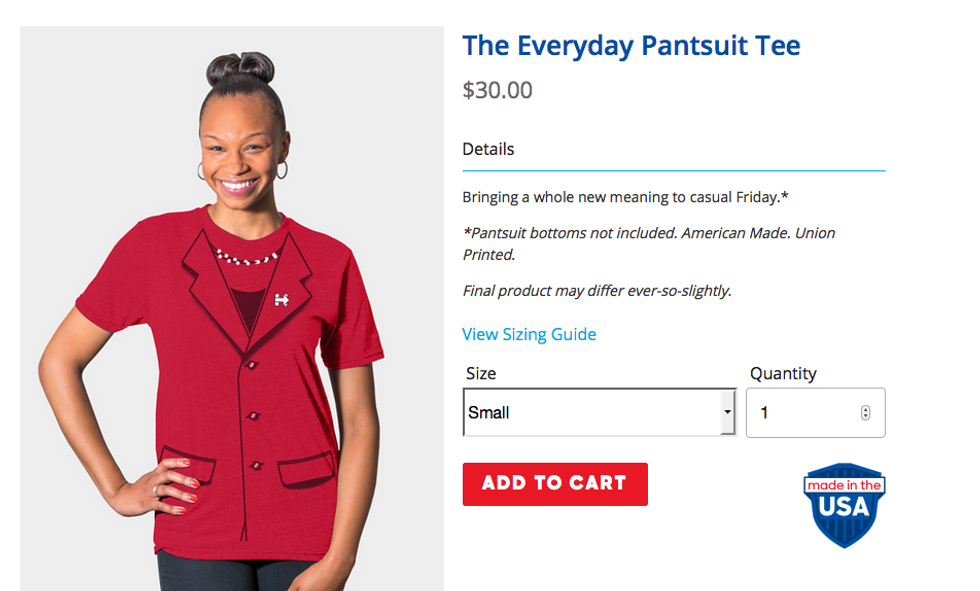 Get Your Hillary Clinton Pantsuit Tee

For a cool $30, you can "bring a whole new meaning to Casual Friday, " with Clinton's trompe-l'Å�il take on the tuxedo tee, an ode to her affinity for all things tapered, pleated and monochrome. As the fine print notes, the pantsuit tee does not actually include pants, which for the 99.9% of Americans who go pantsless in their homes every day, is likely a non-issue.

The site is also selling needlepoint "a woman's place is in the White House" throw pillows and pint glasses made from "100% shattered glass ceilings."

Compared to her competitors, Clinton is murdering in the merch department. Jeb Bush doesn't even have an official campaign website yet and you'd have to buy three other dumb t-shirts in order to get your hands on Rand Paul's hilarious/sad "Liberty Bro" t-shirt, so why even bother.

Hats off to Hillary.
You May Also Like
Care