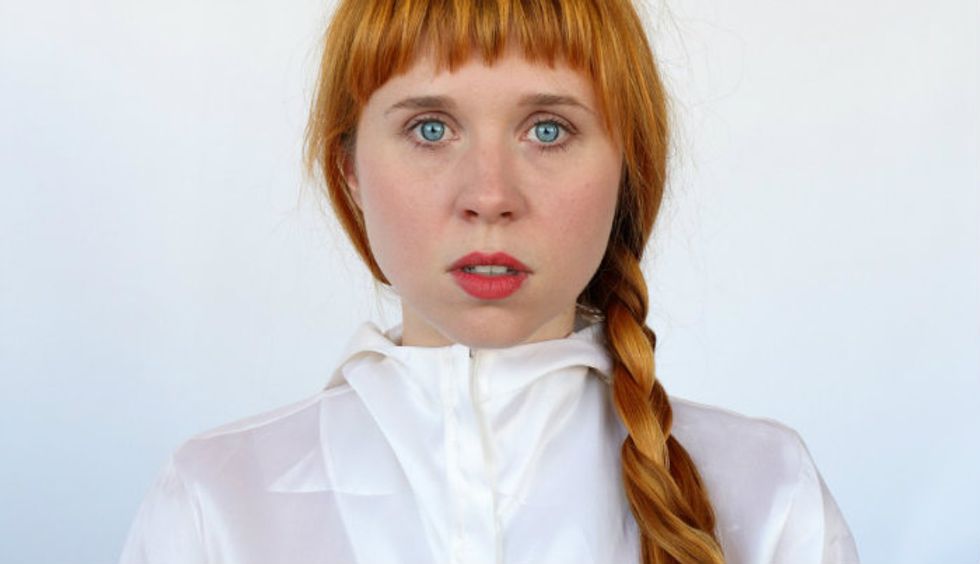 Get to Know Holly Herndon's Privacy Art and Activism

by Eric Thurm
PAPERMAG
(photo by Suzy Poling)
Our conversation between a collection of artists and activists and the imprisoned Chelsea Manning is an exciting and important installment in the ongoing debate about privacy and the changing nature of digital lives, but Manning isn't the only person in the conversation worth knowing. It's time to start paying attention to Holly Herndon, artist and activist, whose work exposes the electronic fabric of our lives.
Take her recent live shows, where Herndon data mines info from the crowd's Facebook, Twitters, and texts to a certain number to produce an experience that is both interactive and scary in the ease with which it exposes seemingly private, limited information about attendees. (A review describes it as "disgustingly intrusive and blindingly euphoric.") These shows include a performance at Berlin's Berghain with WikiLeaks-associated activist Jacob Applebaum (who is also part of the conversation with Manning).
This interest in the intersection of politics and art continues to the recorded music itself -- Herndon's last album, Platform, engages directly with questions of surveillance, and at length. It incorporates what she calls "browsing sounds," weaving the background of the internet into the product itself, and includes "Home," which she calls "a love song to the NSA," dealing with the "emotional" side of our ongoing massive violations of privacy. For a small taste, check out the "Interference" video below.
From Your Site Articles