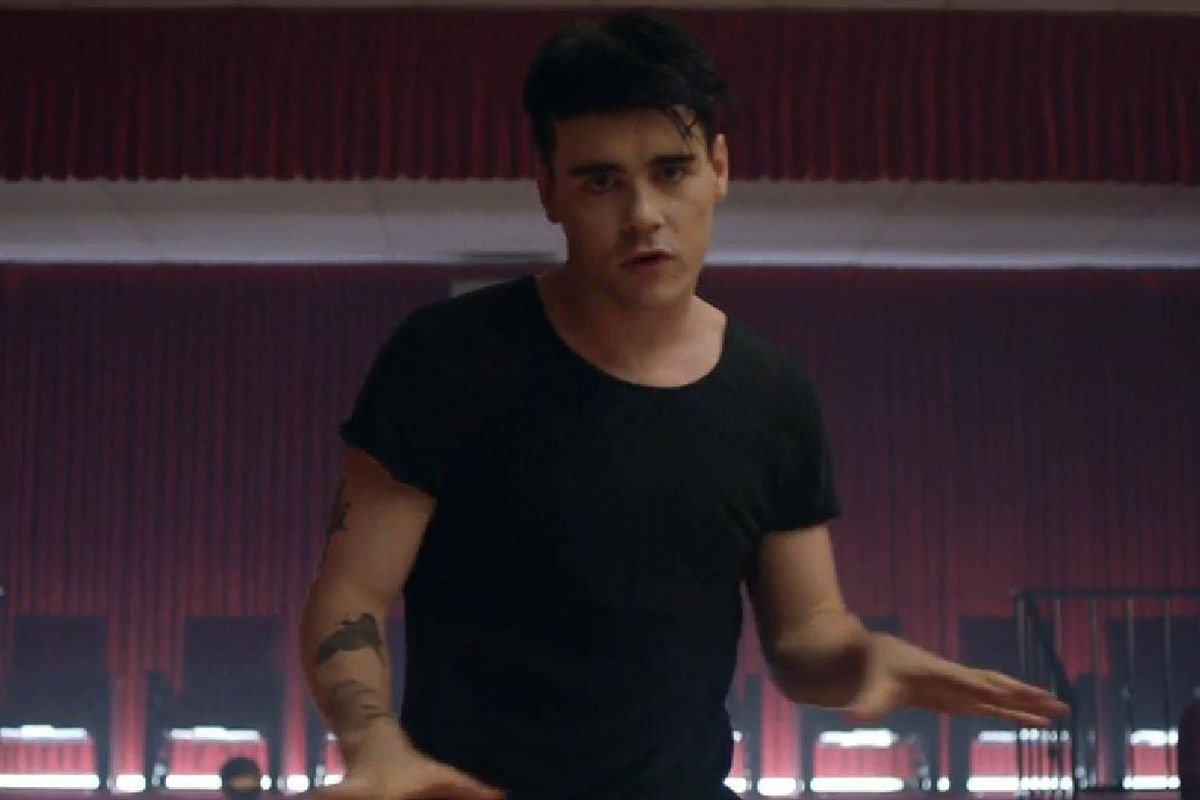 PREMIERE: Get Lost in the Magnetic Movement of Leon Else's New "Dance" Video

Leon Else's new "Dance" video captivates the viewer by situating the nuances of his movement as the central tension. Else's dancing, at once staccato and tender, fills the otherwise sparsely-decorated room and proves that to dance vicariously through Else is to feel a full range of emotion-freedom, joy, exhaustion. As such, we spoke with Else himself about the video, the importance of vulnerability, and art as emotional escape, not to mention how one can communicate all of this (and then some) within a three-minute video. Watch the video and read our Q&A below.

Could you tell me a little bit about the music video- how you decided to work with the director and the process behind making it?

I wanted the video to be me dancing, because the song is about dancing depression away. It's about dancing to make yourself feel good. It's about how music can actually be almost like medicine- It's meditative, it's almost like like therapy. I struggle with ADHD, so I have mental health issues that I deal with, and I speak very openly about it. I'm not ashamed of it, it's who I am. For me, to move, to be physical, that really helps me. I wanted to really show that. I chose [to have] Jordan Behat who directed Black Car, [direct the video] because I wanted some consistency with the lighting, and I wanted it to feel like it all came from the same sort of place, so I made the decision to work with him again.

For a long time, I ran competitively, and it's so emotionally therapeutic to get into that meditative headspace when running. If you dance, if you go for a run, you can really impact the way you're feeling.

I think everyone's always trying to be too strong. It's okay to be open about [your emotions], to talk about it. I used to take medication daily, but I'm trying not to take it daily, because I try to eat well, and I try to exercise, and be physical, because it releases natural endorphins, which naturally fight depression. I wanted to talk about what I do to make myself feel better and to say, "Look, I've got issues, I've got problems. And I'm okay with that." Because what really connects us as humans is that we feel a lot of the same things - in different ways, because of what house we're in or how much money we earn, or where we're born- but one thing that does really brings us together is feeling. And another thing that brings us together is music. And that sounds quite cliché, but that's what really does bring us together, and it's my way of saying, "Look, this is me, this is what I do." It's sort of an insight into my life and what I go through.

I like the idea of showing vulnerability in pop music. A lot of pop is very polished, so it's nice to celebrate raw moments as well.

We always see the Instagram filtered life. Everyone's so quick to put a filter on their life. Even a beautiful sunset is not beautiful enough. We have to edit it and put extra color and a filter. We're so busy trying to get everyone to validate us, that what we're forgetting to do is actually validate ourselves. I think it's about accepting that life isn't perfect.

It's funny to see a "no filter" hashtag- it's a reminder that most posts are assumed to have some kind of filter, and moments of clarity are rare.

Exactly. I'm guilty of that, I still sometimes might post stuff like that, but I think sometimes it's good to let people have a look into the real picture. And I know the music video is an "Instagram-filtered" video, because it has been edited, and it's the same with the song. I recorded it until it was perfect. But the bigger picture is the story of the song. And saying, "Running in the rain again with the black dog chasing me," is saying, "I suffer from depression. I feel down." I don't want people to think I have this perfect life and I have no problems. I think we're [all] comparing ourselves to [other people's lives], which is unrealistic. I want people to know I'm insecure, and I feel sad, and I feel down, and I feel happy, and I feel good, like we all do.

You've touched on this a bit already, saying that you want to relay universal, relatable experiences and emotions, but I'm wondering if you have an intended audience for the video?

I just want someone to be entertained. For that 3 minutes that they look at the video, I want them to smile. That's my goal because that means for those 3 minutes, they're not thinking about most of the shit that's stressing them out in their life, or they're not thinking about the bills they have to pay, or they're not worrying about the exam results. That's my ultimate goal [with the video] and with live shows. I'm going to take you away on a journey so you can forget everything going on in the outside world. I think also the younger generation, millennials, because we are the generation of tomorrow, we are ultimately the people who can change the future most, so I think it would be great for them to see it because they've grown up in the digital age.