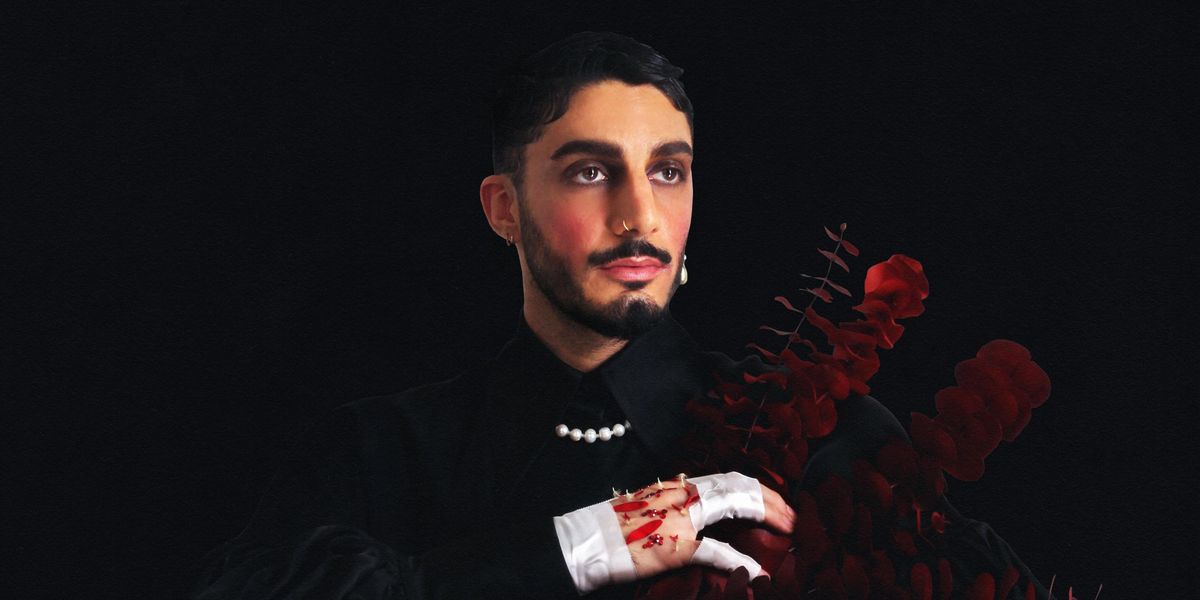 "'Dignity' is a story of sacrifice," begins GESS, whose latest single is a sultry, masochistic collaboration with London-based musician SXMSON. "It's about being so blinded by the toxicity that you're willing to give up your 'Dignity' to be with a partner that is clearly wrong for you."

The track's lyrics lean heavily into this idea, outlining the distance he feels between him and a lover despite them laying right next to each other. "I would stay even though you're hurting me," GESS sings, his voice slick and alluring, before willfully accepting — and encouraging — this behavior on the chorus: "Take all my love/ take me for granted."

GESS, who's LA-based and previously appeared on Shea Couleé's "Collide" with Mykki Blanco, opted for a music video that dramatizes his irrational thinking to new, cinematic heights. The "Dignity" video presents him being treated by a sinister '20s-inspired psychiatrist, who forces GESS to confront the most tormented parts of his mind.

"An IV bag filled with roses is administered into my hand to represent a sort of artificial romance being forced onto me," says GESS, who also appears in the visual wearing a straitjacket with manic eyes. "It's poison disguised as passion and affection. The doctor is filling the role of the toxic partner manipulating the other."

This new release falls in line with GESS' 2020 single, "Palo Santo," which appeared on his Psyche EP. Much like "Dignity," that track dealt with his innermost demons and depicted someone seeking comfort through different forms of poison, from alcohol to drugs and media consumption.

Watch the PAPER premiere of "Dignity," above, and stream it, below.