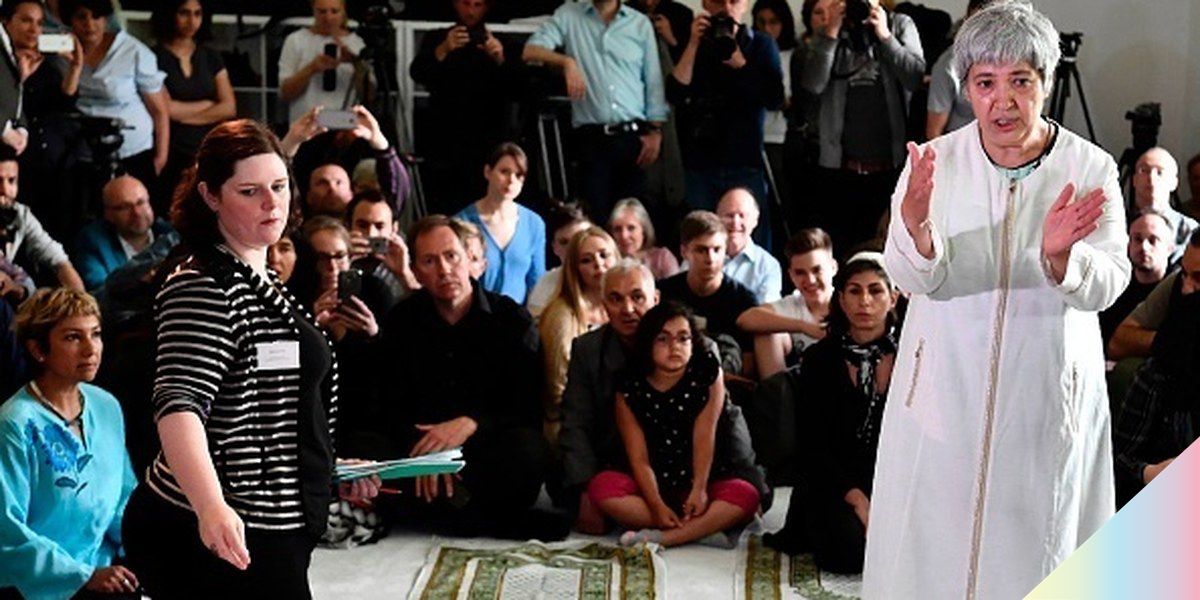 While the President of the United States is still trying to get a travel ban aimed at Muslim-populated countries passed in courts, Germany is making yet another progressive move forward. Women's rights activist and lawyer Seyran Ates opened the country's first "liberal" mosque, where all Islam-practicing people—men and women, straight or gay, Sunni or Shittes—can pray together.

Dozens of people gathered on opening day for Friday prayers, led by American female imam Ani Zonneveld and Ates herself. This day was eight years in the making. "I couldn't be more euphoric, it's a dream come true," she said to the Associated Press.

The mosque is named Ibn-Rushd-Goethe-Mosque, after medieval philosopher Ibn Rushd and German writer Johann Wolfgang Goethe, combining the names of two influential historic figures in European culture to honor the mosque's roots. Ates aimed the mosque to be a place of prayer where progressive Islam believers can set aside any religious or cultural differences to focus on their shared value of prayer.

"This project was long overdue," Ates said. "There's so much Islamist terror and so much evilness happening in the name of my religion ... it's important that we, the modern and liberal Muslims, also show our faces in public."