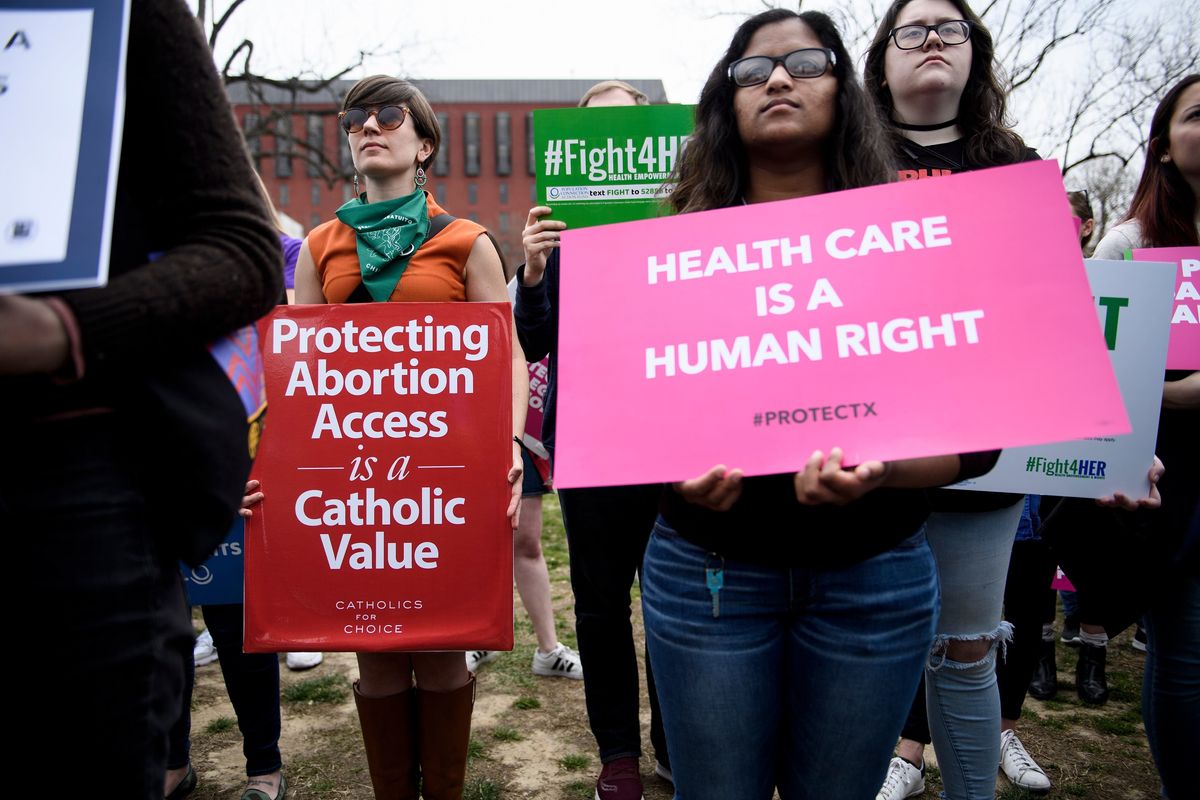 A controversial bill that will make abortion illegal as soon as a fetal heartbeat is detected (which can be as soon as six weeks), has just won final approval in the Georgia House.

Dubbed the 'Heartbeat' abortion bill, the Republic House voted with a majority of 92 to 78 to have it approved, under the 'Living Infants Fairness and Equality Act.' The bill states: "No abortion is authorized or shall be performed if the unborn child has been determined to have a human heartbeat." The only exception to the rule is if it endangers the pregnant woman's life.

At the moment, the only thing that stands in the way of it becoming a law is Governor Brian Kemp's approval, who made it clear he supports it.

"Georgia values life. We stand up for the innocent and speak for those who cannot speak for themselves. The legislature's bold action reaffirms our priorities and who we are as a state. I thank these lawmakers for their leadership and applaud their undeniable courage," Kemp tweeted.

The bill follows the footsteps of an existing Mississippi law that also prohibits abortions once a heartbeat is detected. Since the disturbing bill was introduced, several activists and members of Hollywood have expressed their outrage.

In a recent open letter penned to Georgia House Speaker David Ralston and Governor Brian Kemp, Alyssa Milano said: "This dangerous and deeply-flawed bill mimics many others which have already been deemed unconstitutional. As men who identify as small-government conservatives, we remind you that government is never bigger than when it is inside a woman's body or in her doctor's office.

She further added that if the bill was approved, Hollywood would limit their projects in the state. "We want to stay in Georgia. We want to continue to support the wonderful people, businesses, and communities we have come to love in the Peach State. But we will not do so silently, and we will do everything in our power to move our industry to a safer state for women if H.B. 481 becomes law."

The Writers Guild of America also released a statement earlier this week that warned the state might risk losing Hollywood productions, if the bill became a law. "This law would make Georgia an inhospitable place for those in the film and television industry to work, including our members. If the Georgia Legislature and Governor Kemp make HB 481 law, it is entirely possible that many of those in our industry will either want to leave the state or decide not to bring productions there. Such is the potential cost of a blatant attack on every woman's right to control her own body."

Currently women in Georgia are allowed to undergo the procedure up to their 20th week of pregnancy. Although this bill maybe challenged in court, even if Governor Kemp were to sign it, it marks a disturbing pattern within the country that could limit women's reproductive rights drastically.