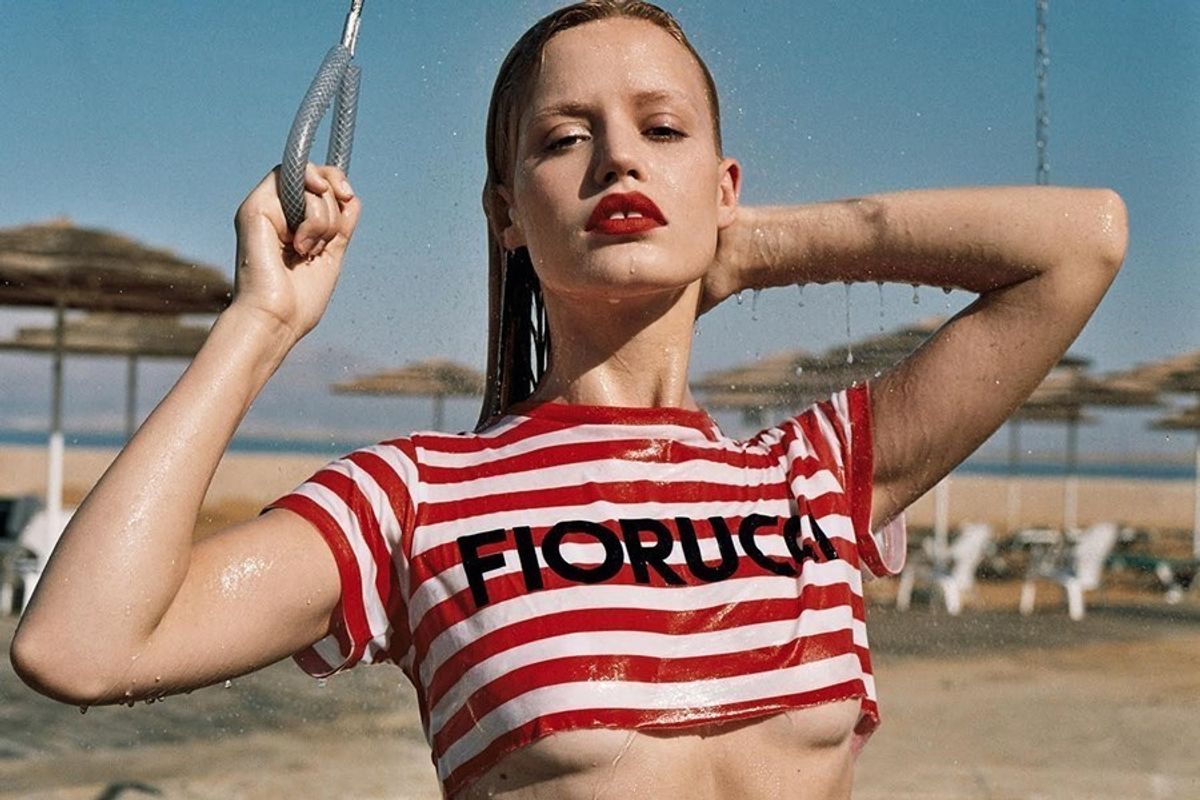 1970s denim brand/cult cultural phenomenon Fiorucci has tapped glamazon model Georgia May Jagger to recreate some of its most famous shots.

The series is a throwback to Fiorucci's iconic 1977 campaign featuring a model wearing a dripping wet, striped branded crop top, high-waisted jeans, and the brand's famous cherub t-shirt whose first batch sold out instantly (but is back in stock at the store's current London pop-up shop).

Italian designer Elio Fiorucci was a friend of Andy Warhol, inspiration to Marc Jacobs and is credited with inventing stretch denim. The brand had an oversize impact on the culture, with its New York City store being called the "daytime Studio 54." New owners Janie and Stephen Schaffer took over the company and brought it back to life in 2015, and the new campaign featuring rock god Mick Jagger's daughter is a sign of more glamorous things to come.

All images courtesy of Fiorucci