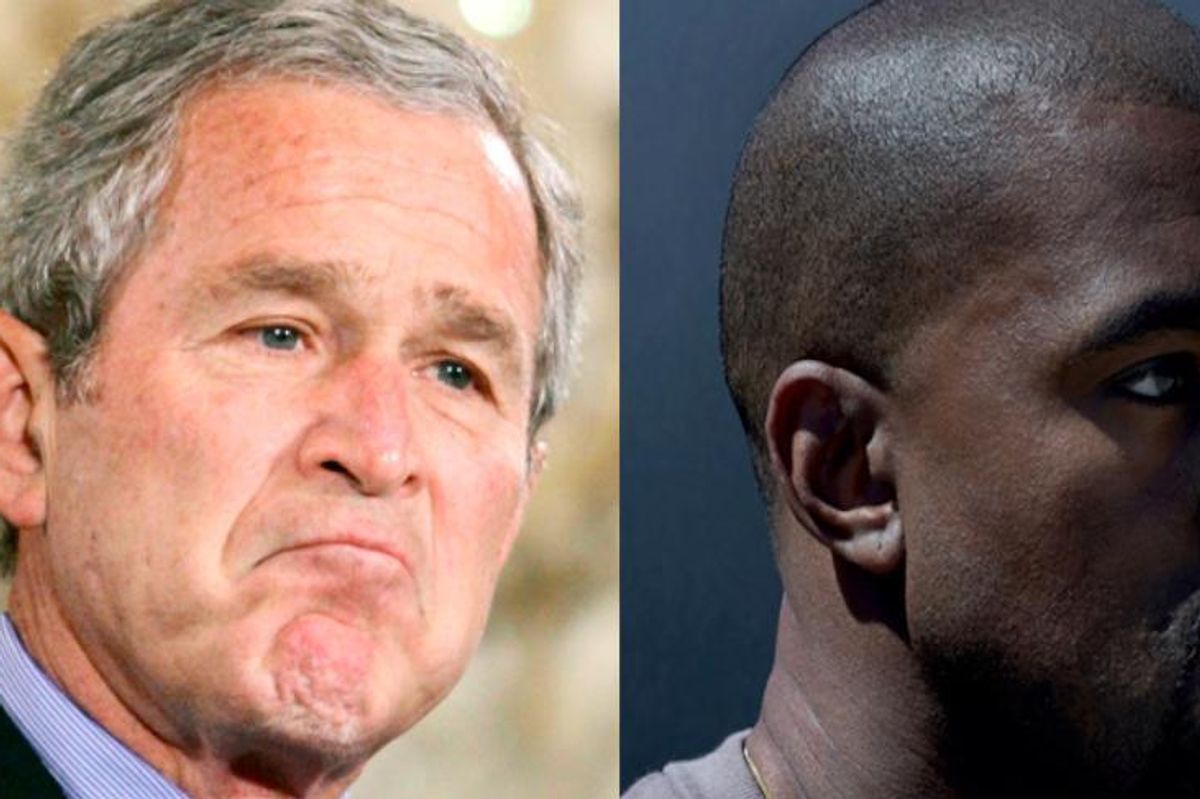 While you can accuse George W. Bush -- staunch Texan republican, and usher of an era of international fear, paranoia, death, and oppression -- of many things, you can't accuse the old coot of not having a sense of humor!

Bush in the "Famous" video

Bush and Kanye have had a contentious relationship over the years, most notably with this moment in 2005, following Bush's molasses-level response time to the devastating aftermath of Hurricane Katrina in New Orleans.

While perceived lawsuits of those unsanctioned avatars are still hanging in a glittery, tropospheric purgatory -- suits that Kanye, himself, has provoked -- you can rule out Mr. West getting served papers by Dubya.

Bush's team let out a simple statement on the controversy.

In case there was any doubt … that is not President Bush… He is in much better shape.