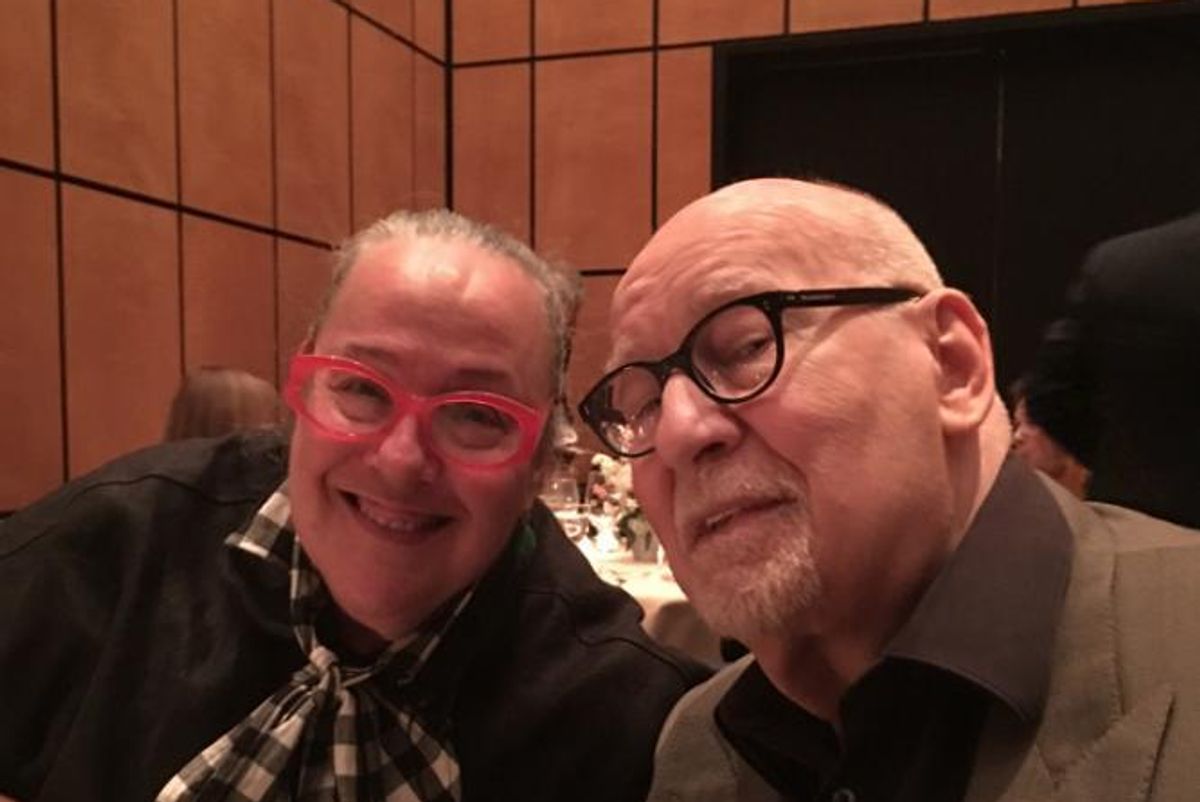 Photo by The Selby


I recently hosted a dinner party for the Art Directors Club -- who were celebrating their iconic annual Young Guns Awards -- at the Four Seasons, the storied New York restaurant that's any design obsessive's wet dream.

The watering hole, designed by Phillip Johnson in 1959 and housed in the Seagrams building, was a magnet for NYC's power moguls, media elite and Madison Avenue ladies, who all formed the restaurant's legendarily upper-crust cast of regulars. One such Four Seasons regular was advertising and art direction legend George Lois, who was responsible for all the branding and advertising at the Four Seasons for its first forty years.

Lois' agency did the work all on barter and he had his own table (a booth in the grill room) that he would lunch at with luminaries from Mohammad Ali to Robert Kennedy to Joe Namath. He calculates that he had over 8,700 lunches and dinners there over the years. And, oh, does he have some stories.

Before we dug into our dinner at the Young Guns ceremony, I grilled him about his wild memories at the iconic restaurant. Lois is a huge inspiration to me, and I loved hearing him tell his tales -- especially the one about Sophia Lauren falling into the restaurant's famous pool. (He tells the story in the first video below.)

Lois not only art-directed a decade of the most revered Esquire magazine covers in history, but he also created some of the most outrageous ads for companies in the 60s, 70s and 80s like Xerox, Olivetti, MTV and Volkswagen. After returning from serving in the Korean war, Lois worked at the blue-chip agency Doyle Dane Bernbach (now DDB). When the brief came in to do advertising for Volkswagen, the wounds from WW2 and Nazi Germany were still raw and many (including Lois) refused to work on the account. Ultimately he took the assignment, trying to figure out, as he put it, "how to sell a Nazi car in a Jewish town." (Watch him talk about his insane and subversive flip-book marketing idea for the car company in the second video clip.)

And, if you want to snag some Four Seasons memorabilia, the big fabulous auction of its entire contents takes place tomorrow July 26th at 10 AM sharp! Go here to bid: