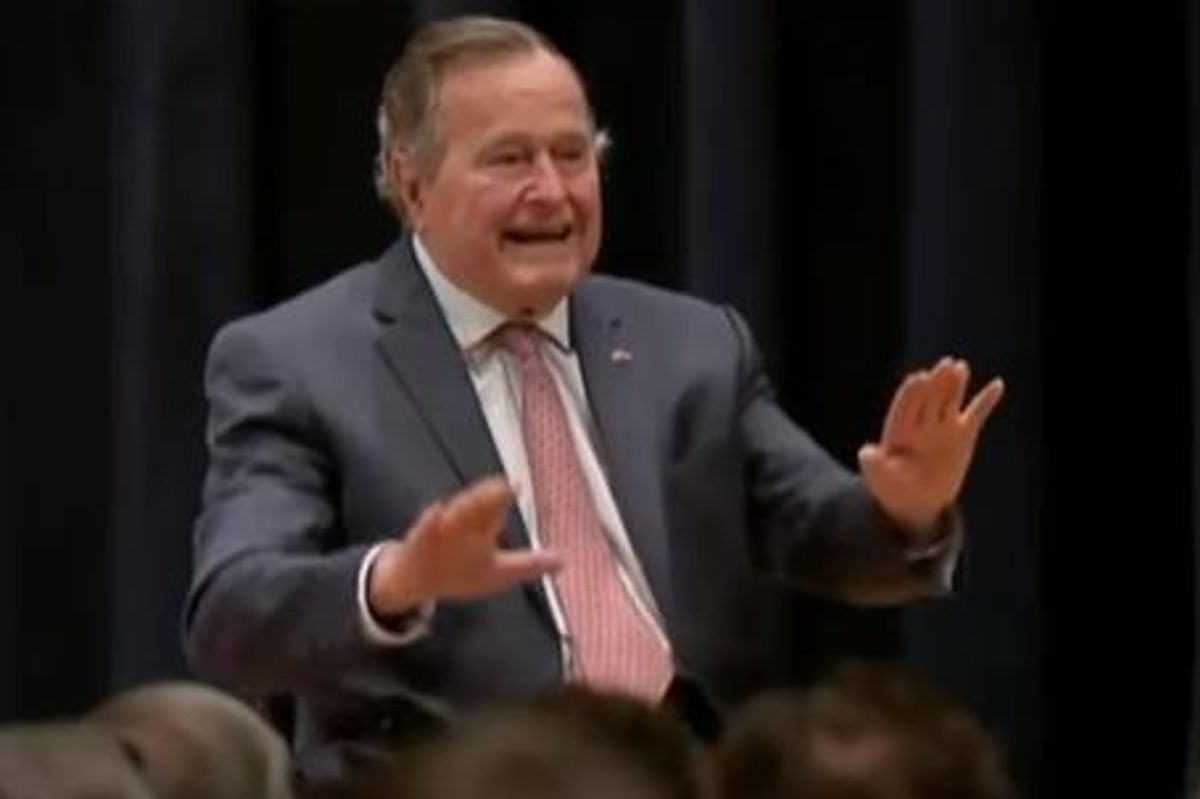 Here's George H.W. Bush's Letter To Trump On Why He Can't Go To The Inauguration

Former president George HW Bush wrote this letter to President-elect Donald Trump, explaining why he and his wife Barbara Bush can't make it to that thing happening in Washington D.C. on Friday.

92-year-old Bush--who may or may not have supported Hillary Clinton in the election--was rushed to a hospital in Houston over the weekend for "shortness of breath."

George H.W. Bush in letter to Trump about #Inauguration: "My doctor says if I sit outside in January, it likely will put me six feet under." pic.twitter.com/NDGeq6wFSI
— ABC News (@ABC) January 18, 2017