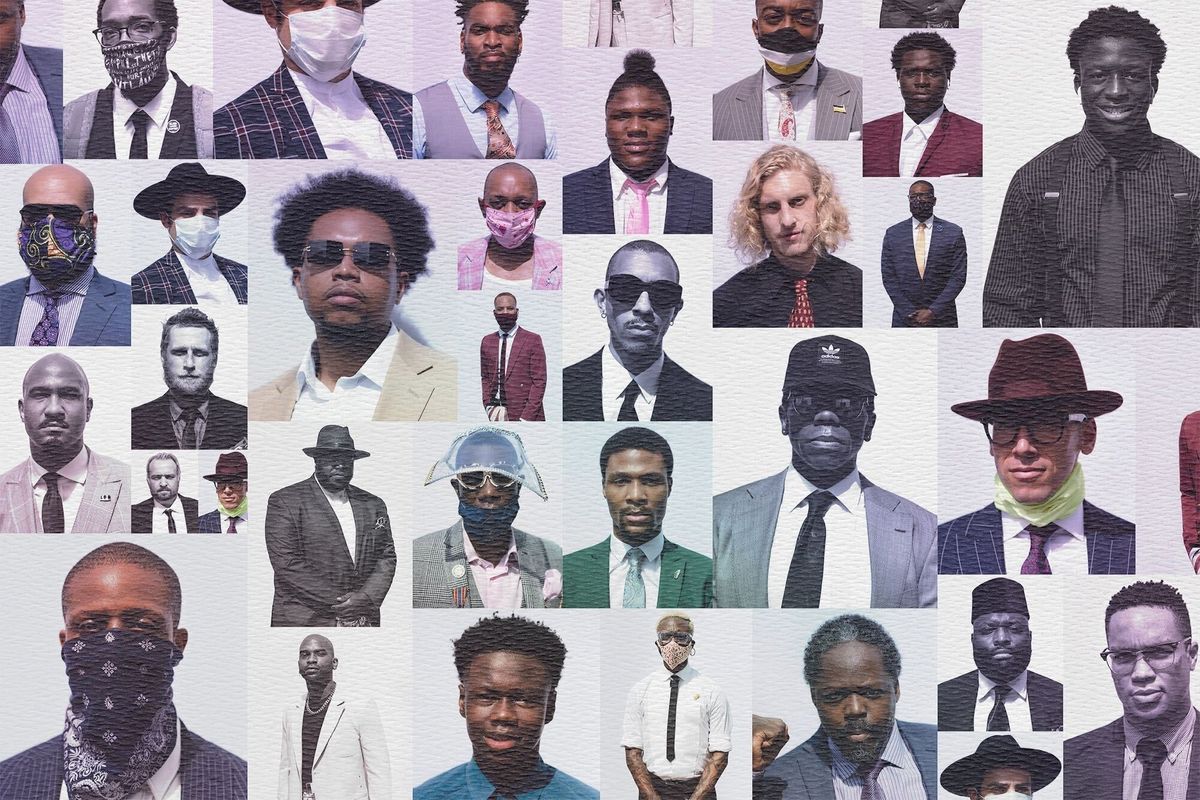 Portraits of Black Men Who Marched for George Floyd in Harlem

Over the weekend, a group of peaceful demonstrators gathered in Harlem, New York to honor the memory of George Floyd, whose funeral is taking place in Houston today.

The group of mostly Black men marched down Adam Clayton Powell Jr. Boulevard in their very best attire: Windowpane checked blazers, spread collar dress shirts, fitted waist coats, jewel-toned suits and colorful face masks. Photographer Rowan Papier was on the scene at 125th Street and captured intimate portraits of these men, all of whom came to pay their respects as part of this mass memorial service.

"It was powerful, and extremely peaceful. Not one arrest was made," Papier tells PAPER. "I think the images are extremely important... they counteract the narrative seen a lot in the media at the moment, where protestors are confused with rioters and looters. Where activists, and those fighting for justice, have been grouped and tainted with reckless, dangerous and criminal behavior."

The group came together after a call went out on social media by stylist Gabriel M. Garmon, who organized the event alongside fellow Black creatives Brandon Murphy and Harold Waight. Garmon encouraged participants to come in their "best" attire, with suits, shirts and ties all fair game.

"Many stereotypes surround men of color especially," says Papier. "So I was especially grateful to celebrate and highlight the respect, dignity, courage and beauty of these men who came to honor, and have their voices be heard."