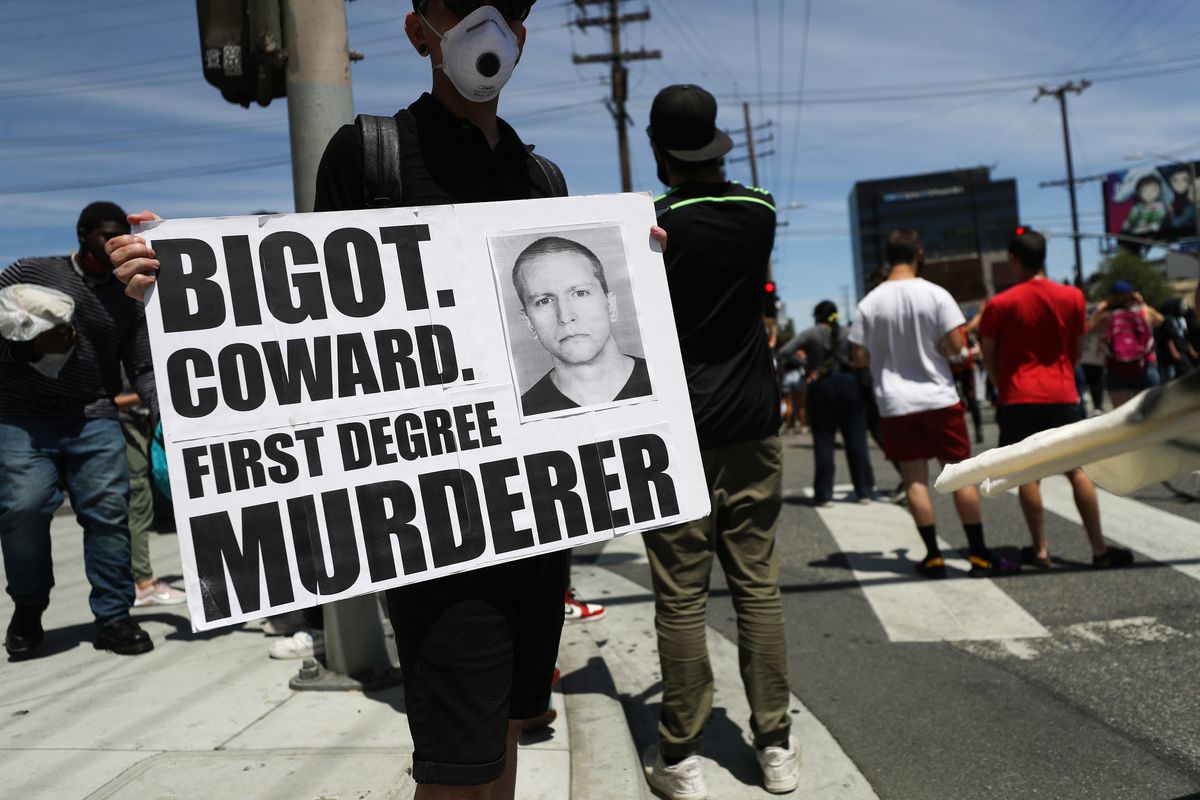 Derek Chauvin — the former Minneapolis police officer charged with the murder of George Floyd — was released from jail on a $1 million bond.

According to court records, Chauvin posted bail on Wednesday and was placed on a conditional release until his next court date on March 8. He is currently facing second and third-degree murder and manslaughter charges stemming from Floyd's death on May 25, which was later ruled a homicide.

At this time, it is unclear who paid Chauvin's bond. According to CNN though, a spokesman for the Minnesota Police and Peace Officers Association said that they did not put up the money, while the Police Officers Federation of Minneapolis has yet to respond.

Meanwhile, the three other ex-officers involved with the arrest — Thomas Lane, Tou Thao and J. Alexander Kueng — have been charged with aiding and abetting both murder and manslaughter. They've all entered pleas to have the charges dismissed and have been released on bond, as well.

In videos of the murder, Chauvin could be seen kneeling on his neck for about eight minutes during an arrest as Floyd told him and three other officers that he couldn't breathe. Floyd died while in custody later that day, which has since led to nationwide outrage and continued protests against police brutality.

That said, news of Chauvin's release has since sparked outrage online, with many calling it a gross miscarriage of justice and extremely telling of the flaws in our system. "Where is the fucking justice?" one user tweeted. "There are protestors still in jail from protests over george floyd's death and the murderers are now walking free there is literally no justice in this country," added another.

See what people are saying about it, below.

YOU ARE TELLING ME Derek Chauvin WHO LITERALLY MURDERED GEORGE FLOYD BY A KNEE ON HIS NECK KNOWING IT WAS KILLING HIM IS RELEASED FROM PRISON, YET BLACK ARE PEOPLE LOCKED FOR 20+ YEARS FOR DOING DRUGS. GET OUT OF HERE. NO SERIOUSLY THEY DON’T CARE ABOUT US BLACK PPL. NEVER HAVE

All 4 officers charged in the killing of George Floyd have now been released on bond. I hope every single person who asked “why are the protests still happening” over the last couple months read that first sentence a few times.

Murderer Derek Chauvin and other former police officers involved murder of George Floyd are free from jail. Will await their trial.

F*ck the system
F*ck the US justice system

Derek Chauvin is the monster that kept his neck on George Floyd's neck for 9 minutes, and he just posted $1M bond so he's walking around free while George Floyd is dead.

Where is the fucking justice?

Unjust system: black men across the country sit in jail without having been convicted of a single crime. And for nonviolent crimes.

Meanwhile, everyone involved in the murder of George Floyd has been released, including the man who knelt on his neck for 8 minutes & 46 seconds. https://t.co/qNPz3ZYVZl