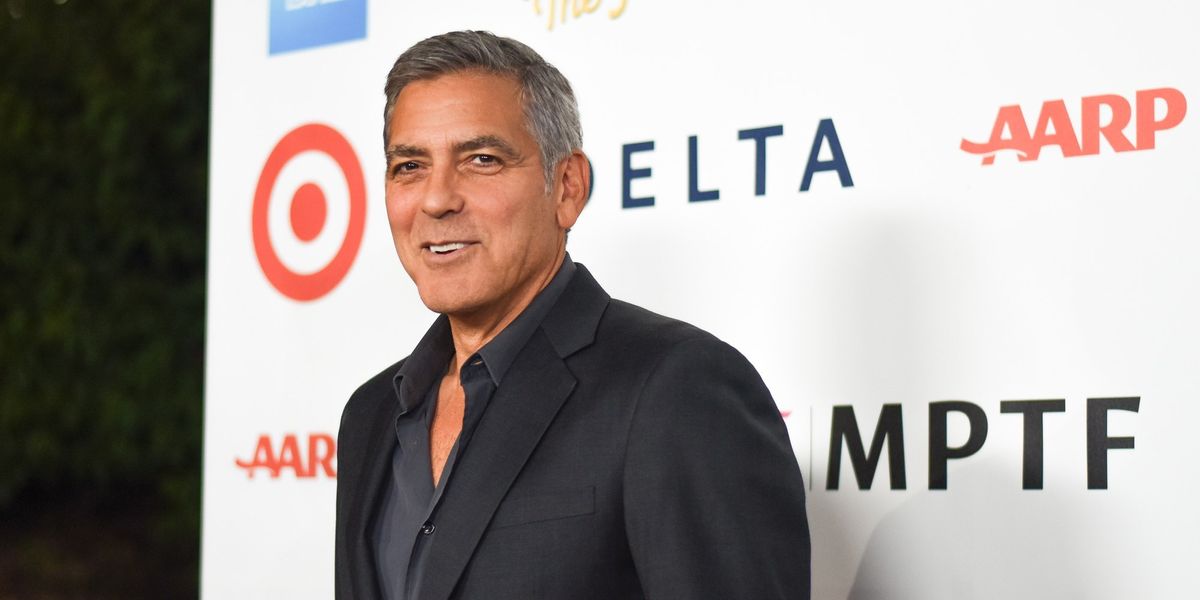 George Clooney Accuses Donald Trump of Being a "Hollywood Elitist"

While making an appearance on French program "Rencontres de Cinema," Clooney was asked to give his opinion on Meryl Streep's headline-making anti-Trump speech at the Golden Globes. The Academy Award-winning actor, who has commented on the situation before, insisted that Meryl Streep's words should hold no less weight just because she is an actress with tons of money. "I look at when people say Meryl shouldn't speak up," he began. "Of course she should. She has every right to speak up. She's an American citizen, and she was an American citizen a long time before she was an icon."

Further hammering into his point, Clooney mentioned that it didn't make sense to criticize Meryl's words when Donald Trump is in the same boat. According to Gossip Cop, Clooney said, "This is the part that makes me a little crazy: When Meryl spoke, everyone on that one side was like, 'Well, Hollywood elitist speaking.' Donald Trump has 22 acting credits. He collects $120,000 a year from a Screen Actor's Guild pension fund. He is a Hollywood elitist."

And before he left, Clooney also made sure to call out Trump's chief strategist, Steve Bannon, too. "Steve Bannon is a failed film writer and director. That's the truth, that's what he's done." Making sure to back up his claims, Clooney continued, "He wrote a Shakespearean rap musical about the L.A. riots that he couldn't get made, you know, which is a shock. He made a lot of money off 'Seinfeld.' He's elitist Hollywood. That's the reality if you want to look at it that way."