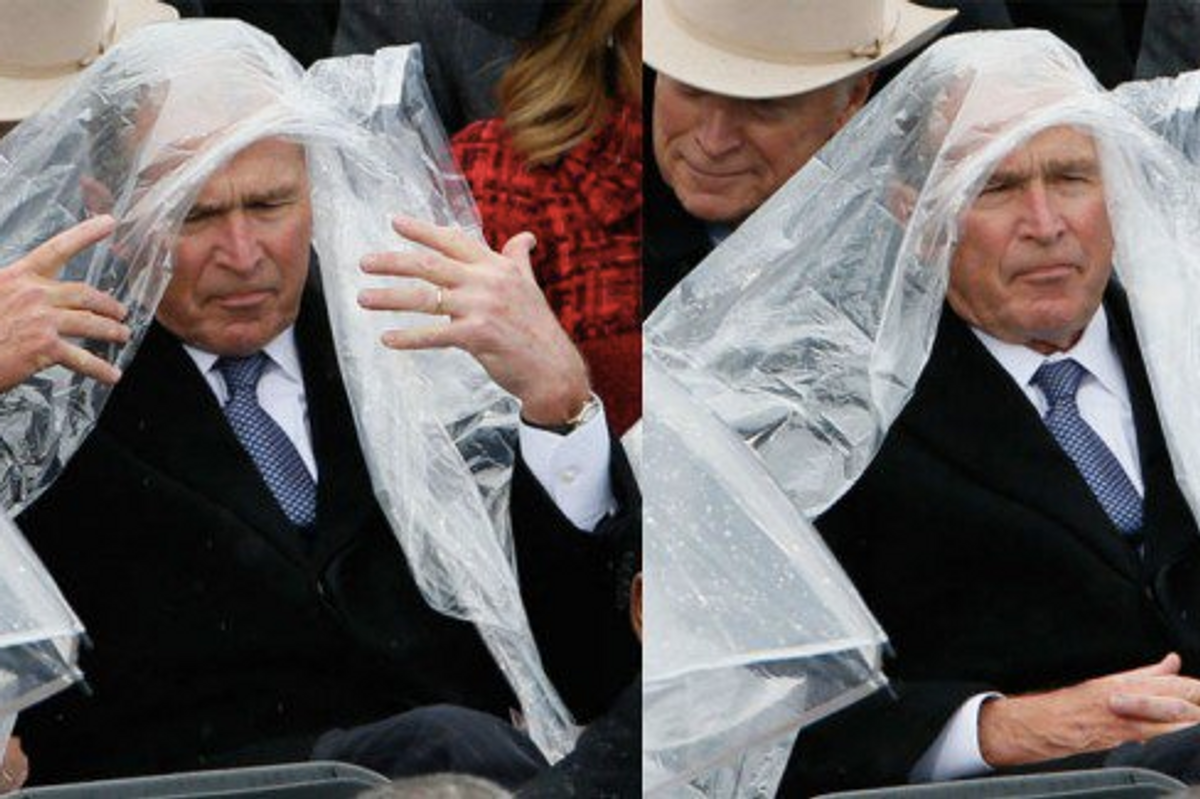 In a strange turn of events, former president George W. Bush, once widely hated by most Americans outside of Texas, has become something of a folk hero in the past few months. From his oddly endearing amateur paintings to his relatable poncho-fighting in the rain, (and compared to the Creamsicle Carnie in office), Bush seems downright appealing these days. There's nothing like having your civil rights threatened to make you nostalgic for someone who mostly just harmed other country's citizens, you know what I mean?

And though Bush has yet to publicly comment on the experience of watching Donald Trump take the highest oath in the land and then give a speech that made the milk in my morning coffee curdle, we do now have evidence that Dubya hasn't lost his famous way with words. According to three unnamed witnesses who were near Bush at the inauguration, he was reportedly overheard saying as he walked off the platform, "That was some weird shit."

To which we say yes, yes it was.