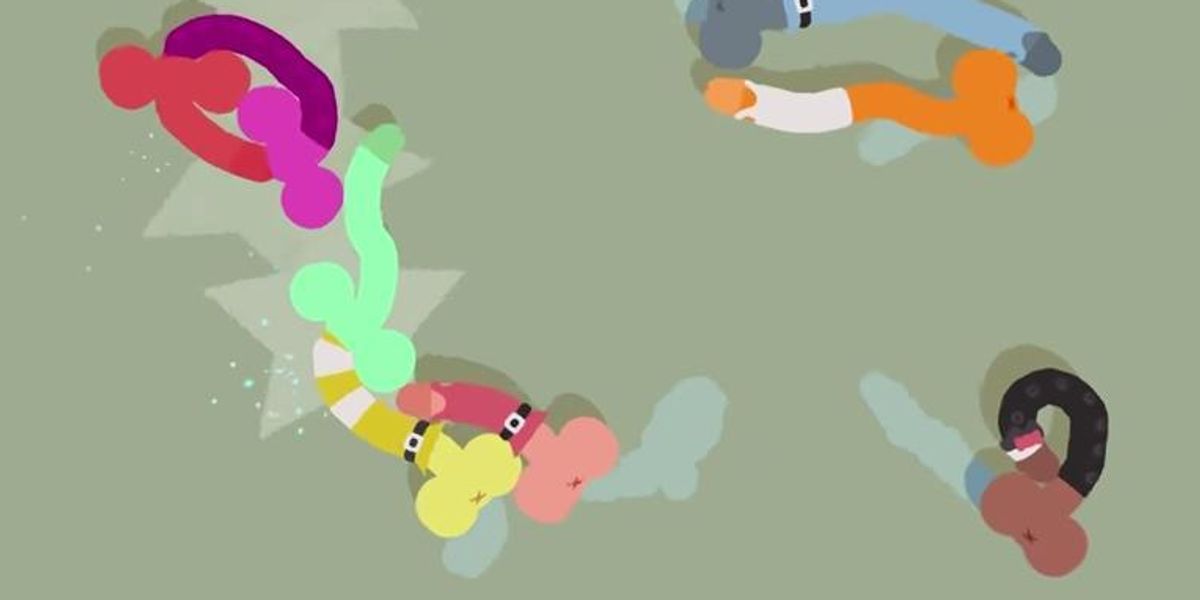 In "Genital Jousting," Sex Is a Game

Sex shares a lot of qualities with videogames: fun, better when played with someone, sometimes frustrating, and requiring decent fine motor skills. Genital Jousting goes ahead and takes the natural step of just turning sex into a game. The basic premise is that anywhere from four to eight brightly colored cartoon dick-butt combos chase each other around the screen, trying to thrust their penis end into their fellow player's butt ends. And because sex, ideally, should be a good and positive experience for all parties involved, both players get points for successful penetration.

What really puts Genital Jousting on the next level, though, is the sound effects. The dick-butts make a squishy sound as they flop around, and a satisfying sucking noise accompanied by a growled "PENETRATION!" when they connect. "Wet and schloppy when they move, super wet and explosive upon penetrating one another," the sound designer told Kill Screen. It's hard not to giggle as a penis wearing a tuxedo squishily worms around in search of a friend. Unveiled last year at a game jam in Berlin, the full dick-butt experience will be released this April. Get ready to penetrate!