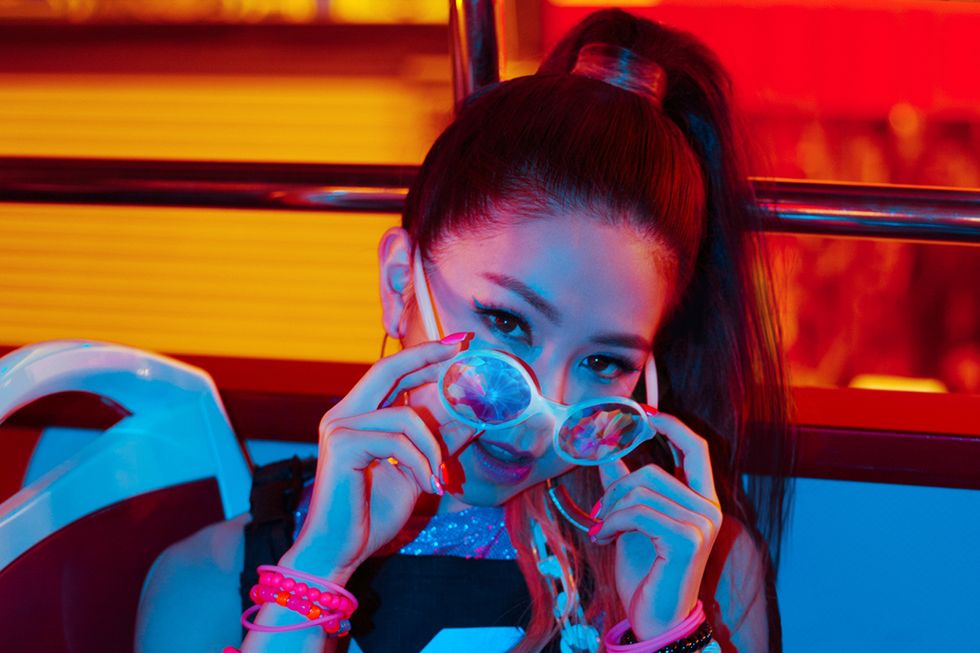 G.E.M.: The Chinese Pop Star For a New Generation

"I feel like I want to represent a new generation here in China. I'm just trying to be the voice for my fans," says G.E.M. At 24 years old, the Hong Kong-raised pop star is the top-selling female artist in China, with over 9 billion plays on the Chinese music platform Kugou. Her YouTube channel, where she posts the videos to soaring pop anthems like “Heartbeat" and “Blindspot," has racked up over 300 million views. G.E.M., which stands for Get Everybody Moving, began her pop career at 16, breaking out in 2014 when she appeared on the Chinese televised singing competition I Am a Singer. Like her oft-referenced American counterpart, Taylor Swift, she's a musician at heart, writing and performing her own songs — not to mention filling stadiums on tour and inking deals as the face of Maybelline and Apple Music in China.

2016 sees her continue to rise. She was named to two Forbes “30 Under 30" lists (“30 Under 30: Music" and “30 Under 30 Asia: Entertainment & Sports"). She modeled for Calvin Klein's fall campaign alongside Frank Ocean and Kate Moss, and in September she will launch her own book, 25 LOOKS, featuring a range of photos shot by Charlotte Rutherford. She's also looking forward to heading out on tour again and playing shows around the globe. Although her songs are mostly in Mandarin and Cantonese, she's been able to transcend language barriers and find fans worldwide because, as she puts it, “music is its own language."

G.E.M. wears Dungarees by ESQAPE, a top by Seadragon, a necklace by Ted Baker, and glasses by Cyber Space