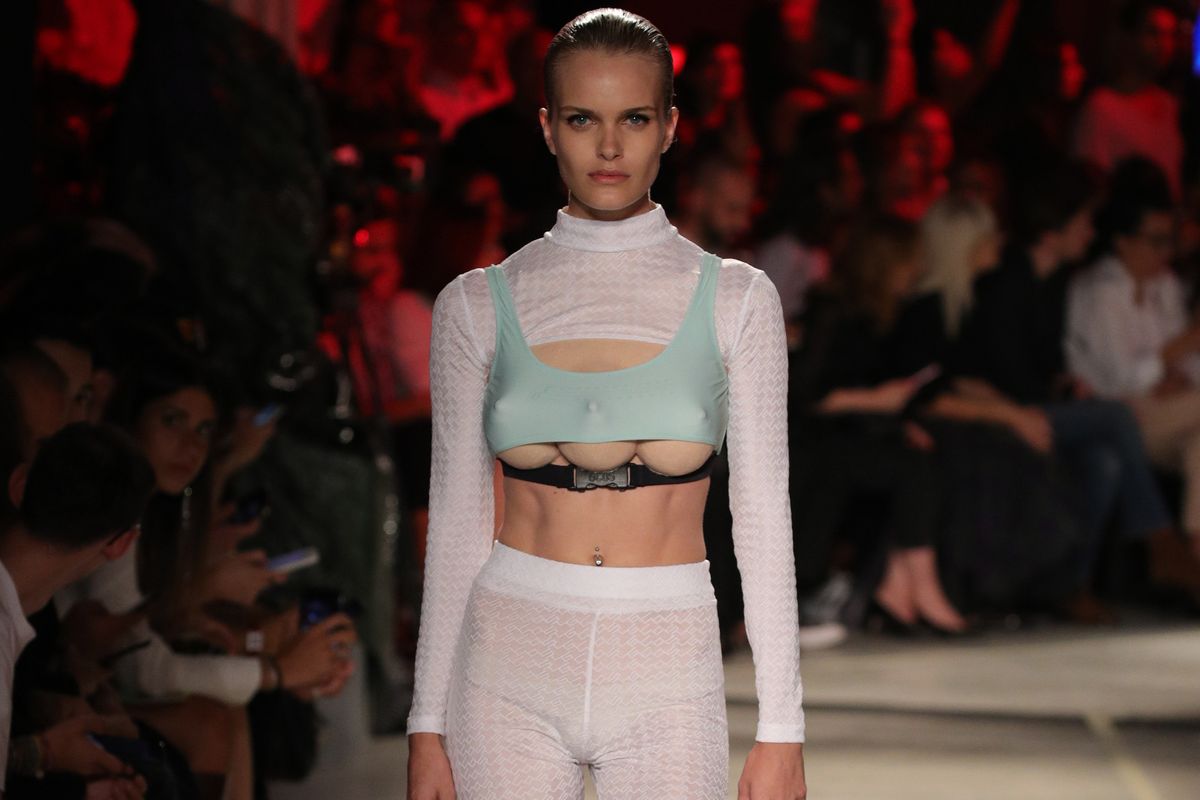 There's a very memorable scene in Paul Verhoeven's 1990 film Total Recall in which a sex worker flashes her three breasts at Arnold Schwarzenegger. It must have stuck in the minds of the designers at Italian streetwear label GCDS, because they sent some similarly busty models down the runway at Milan Fashion Week (styled by Anna Trevelyan).

The unusual breast augmentations were attention-grabbing, but GCDS also hoped its futuristic themes would inspire the audience to think about the bigger issues than sex.

"We're a young group here—we're all under 30—and I wanted to talk to people our age about the future and get them thinking about plastics, water shortage and the environment, told WWD. "Full sustainability is impossible, and I wanted this show to be a wake-up call."