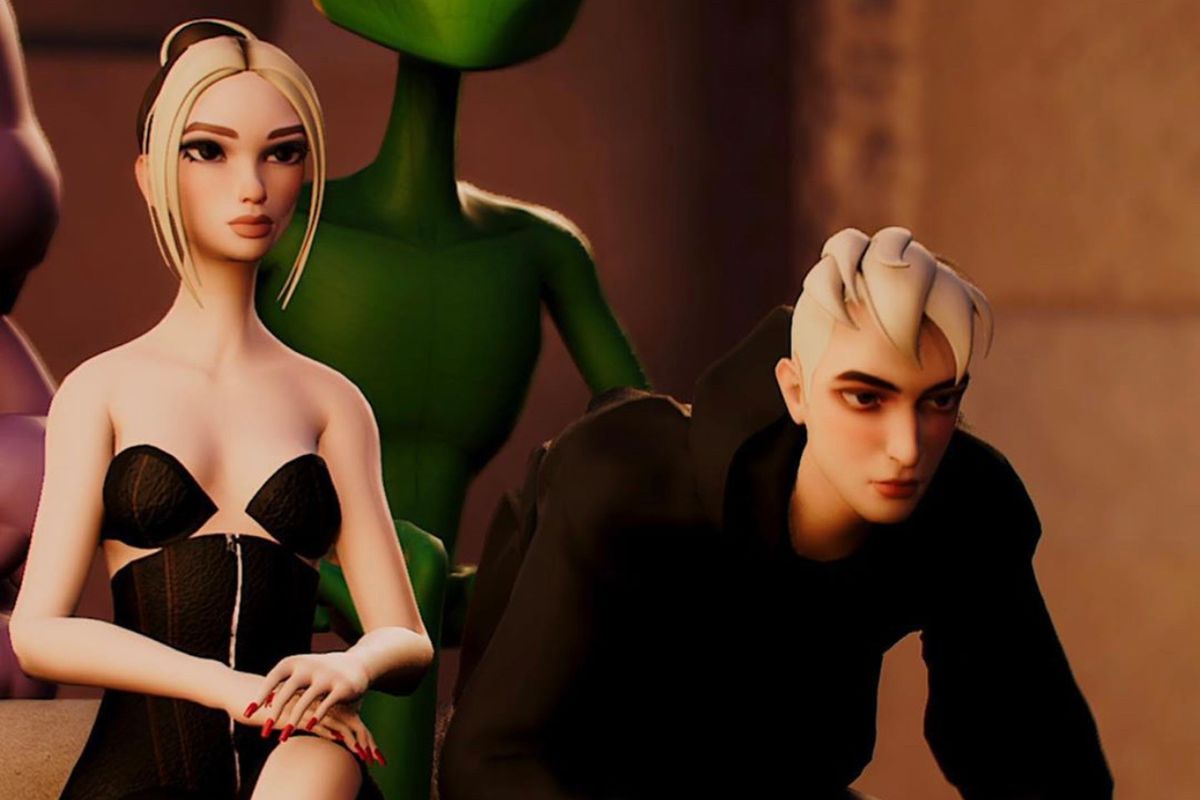 As part of Milan Fashion Week, GCDS unveiled its first-ever Digital Fashion Arcade: an interactive simulation and virtual arena, in which the streetwear label debuted its Spring 2021 collection on an electronic runway.

Alongside the designs, the forum, which Creative Director Giuliano Calza appropriately titled "Out of This World," featured augmented reality socializing, playable casino-like video games and cartoon iterations of Dua Lipa, Anwar Hadid, and several other familiar faces seated in the front row.

Dreamt up by Calza and brought to life by the industry's top creatives — "godmother of virtual reality" Nonny de la Peña and her creative technologies firm Emblematic Group, creative hacker and artist Thomas Webb (who recently collaborated with Mytheresa and Valentino), and director Jeron Braxton, the visionary behind The Weeknd's "In Your Eyes" video — the cyber presentation acted as a utopian escape from the harsh realities of ongoing pandemic.

As guests take their virtual seats and the show commences, digital models — including virtual versions of Aweng Chuol, Raisa Flowers, Jazzelle Zanaughtti and Ottawa Kwami — storm the runway, while an animated Dua Lipa turns to make a side comment to her avatar boyfriend, Anwar.

"Creating this fashion show was truly out of this world," said director Nonny de la Peña in a release. "It is something that has never been done before! We had to marry multiple techniques to bring the catwalk characters to life."

Once the show concluded, the arcade converted into an entirely different, interactive format: guests could speak with GCDS' glam team, while famous front row attendees and model avatars — each custom-built for the show with integrated, true facial features — casually mixed and mingled. From there, guests were invited to enjoy the digital arcade, where games could be played, and short films were screened "backstage."

"This planet was imagined as a cheerful place," said Calza in a statement. "Creating this world and this collection, over months of Skype and Zoom calls, gave me peace of mind. Even if just for a brief window, we could all use a virtual getaway, right now."