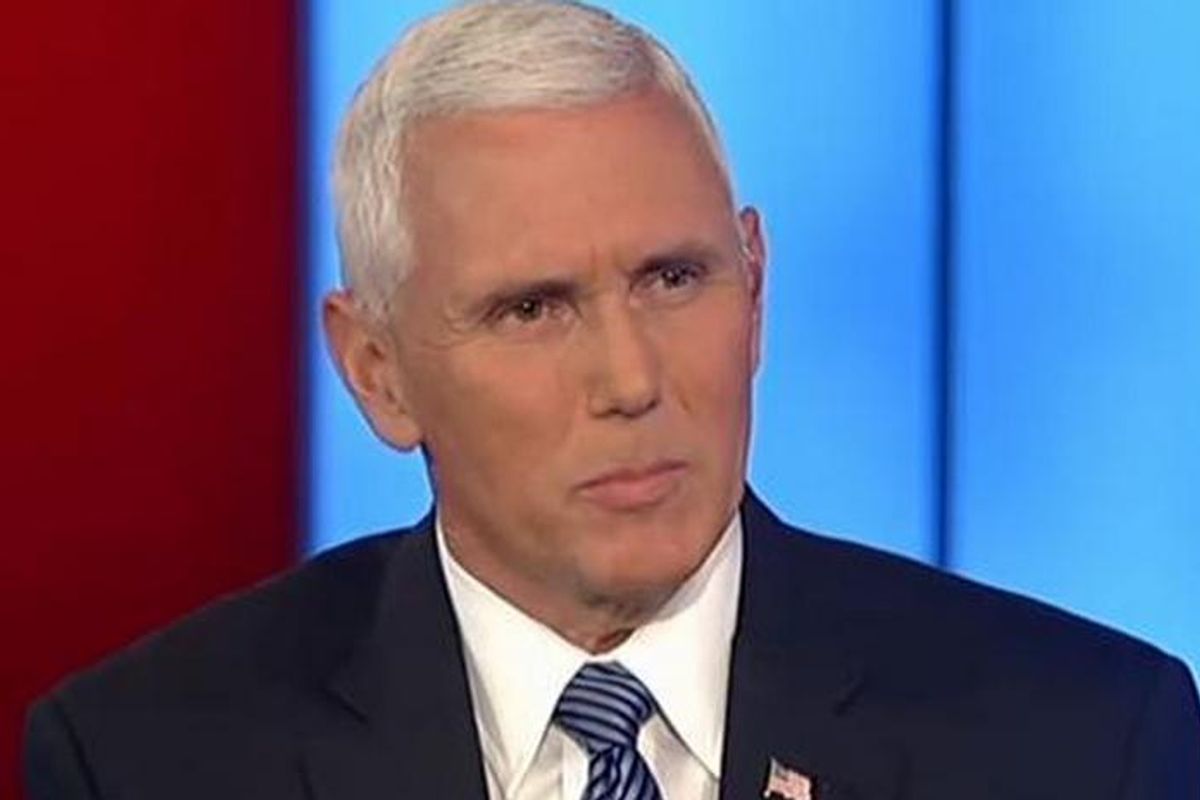 An openly gay Mike Pence doppelgänger has been roaming the streets of New York, clad in a suit (well, from the waist, up), and bright blue short shorts, canvasing for donations to LGBT groups, like the Trevor Project, and Planned Parenthood.

The Vice president-elect lookalike, Glen Pannell, told the Huffington Post that after stewing in dread and melancholy post-election (like we all did), he decided to take his eerily similar facial aesthetics with the virulently anti-gay, anti-woman religious zealot, and use his powers for good.

I want to raise dollars and I want to raise awareness. And maybe offer some hope too. Isn't it nice to imagine a bizarre through-the-looking-glass alternate reality where there's a Mike Pence who champions women's health and LGBTQ rights and the environment? Well that's me!

While raising funds for PP and the environmental non-profit Natural Resources Defense Council last week, Glen focused on the Trevor Project this week which, as an out gay man, he can relate to, especially.

[The Trevor Project] is really close to my heart because I was a questioning teen 35 years ago growing up on Long Island before I finally came out as a gay man in my early 20s," Pannell continued. "LGBTQ young people will need our full support over the next few years given Mike Pence's record in office. So much of what he's done in the last 16 years has divided and excluded ― not united.