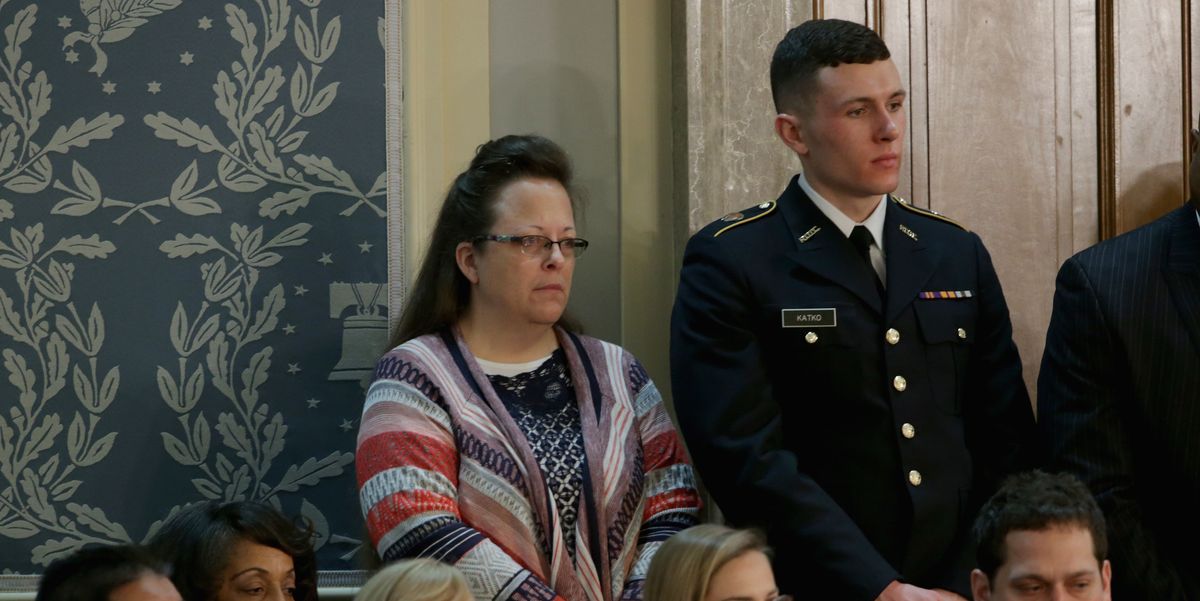 In 2015, shortly after the Supreme Court legalized same-sex marriage throughout the country, Rowan County clerk Kim Davis denied Kentucky resident David Ermold and his partner of 19 years their legal marriage license because of "God's authority."

Now, two years after Davis went to jail for civil contempt for her denial of marriage licenses to same-sex couples and her testimony that same-sex marriage is "not of God," Davis is facing Ermold once again, but this time as his opponent in 2018 race for the position of country clerk. That's right — despite her notoriety and the headlining making news of her earlier case, Davis didn't actually lose her job as county clerk. She has continued to be a vocal advocate against human rights for gay people, even traveling to Romania to make the case against legalizing gay marriage.

Ermold told Broadly that the Romania trip in particular was one of the last straws for him in his decision to run against Davis for her seat. Not only was she out in the world spreading her hateful views, but he also felt she was neglecting her own community. He says now that it's not a personal vindication against Davis that he seeks. Rather, he wants to reform the system that enables her and people like her.

"Back in 2015 when all of that was happening, there was not a single politician that stood by our side through all of that—none, zero," he said. "If these people can be in office, these people that have such a divisive, dismissive attitude towards people, then I should have a shot, because my message is bringing people back together."

He added, "There's a broader, more ideological goal here. And that's to restore the integrity of that office by beginning at the local, grassroots level and replacing leadership with honorable people who work for citizens. I know that the people in our county believe in equality. It's just about getting them to come out to vote."