Gauntlett Cheng, for Sticky Summers in the City

Gauntlett Cheng's Spring 2020 show was inspired by the idea of staying in New York for the summer, when temperatures rise to dangerous levels and the streets empty out and everything smells like hot fishy garbage. New York in the summer is both disgusting and beautiful, three months of sticky subway rides and drinking illegal cocktails on the beach in Queens. Gauntlett Cheng's bright, windblown garments are perfect for it.

"[The inspiration] always kind of comes from ourselves," said Designer Esther Gauntlett after the show, just as she and partner Jenny Cheng were heading back to their studio to crack some champagne. "What we're feeling, what we're going through, the people around us. So it's like a 'you stayed in New York for the summer' kind of collection. It's a little sweaty, it's a little sexy, it's a little unhinged, but it's also happy. We just wanted it to feel so celebratory and joyful and real."

The show, held at Bridge Park in Dumbo, was so happy, with a real feel of community. It was magic hour, and the park was filled with soft orange light. "Our studio is literally a few blocks down the street," Gauntlett said. "We get off at this subway station every day, and we were looking for a place, and one day I just got off the train and I was like, woah. And it feels like such an un-done-up part of Dumbo. And also there was something so nice about being below the BQE, the train, the construction, the chaos. It felt New York. The city was a part of it."

Gauntlett and Cheng enlisted their friends (and an intern, Clara) to walk in the show — including Esra Padgett of the music project Chicklette, who has made the mix for multiple Gauntlett Cheng shows. The models strutted along to the sounds of the Red Hot Chili Peppers and No Doubt, beach music. A drone flew on overhead, filming the proceedings. 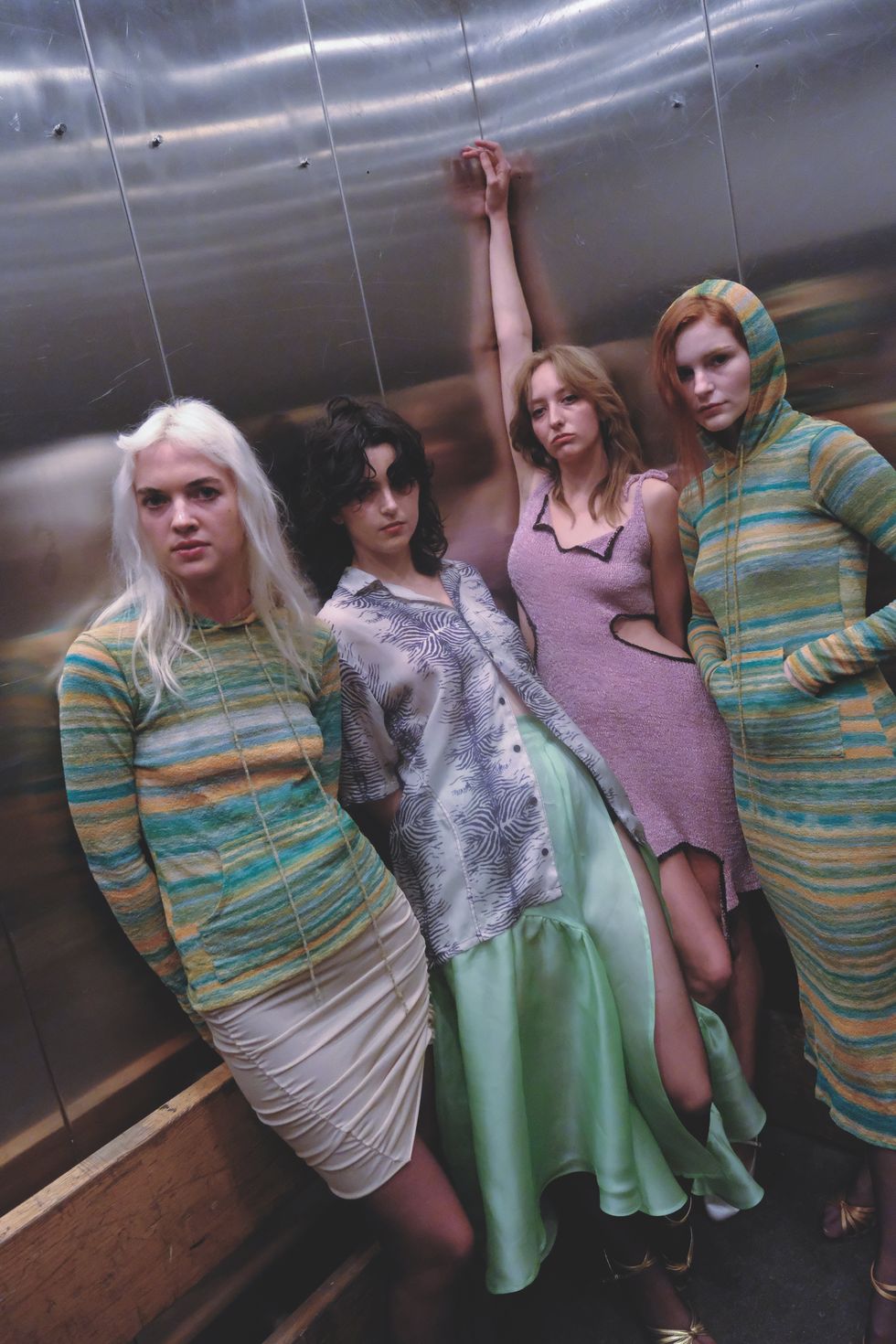 Gauntlett Cheng is known for their use of knits and unique textiles, like a pink chunky ribbon yarn and a jacquard knit that has become a signature; the designers were especially excited about a red pomegranate fabric that popped up on a shift dress and separates. The collection was sexy and light, blowsy. "We always love doing cut-outs and showing different parts of the body," Cheng said, "while still keeping it wearable." There were good vibes all around.